The New Mexico Senate finally voted to redraw its own political districts Thursday following three hours of bitter debate about race, bipartisanship and decency in politics.

The chamber voted 25-13, largely along party lines, to adopt a bill introduced by Sen. Linda Lopez (D-Albuquerque). The map they approved, if passed by the House and signed by Gov. Michelle Lujan Grisham, will set the voting districts for state Senate political races here for the next decade.

This is the new Senate map agreed upon by a majority of Senators on Thursday, Dec. 16, after hours of debate.

Getting there was a saga. Republicans twice leaned on a rare procedural move to delay the vote, and by the end were hurling accusations of race-baiting and dishonesty toward their Democratic peers, who did not seem to appreciate that.

The debate centered on the priorities of a coalition of Native American tribes and pueblos in Northwestern New Mexico who celebrated historic consensus on a map that they said honored their growing voting power in state politics and right to self-determination. The map they supported also drew two Hispanic Republican senators into the same district, which will require them to run against each or move, or one of them to quit.

The map they support, along with Lopez’s preferences, would also reduce the number of Hispanic-majority Senate districts in the state from 16 to 15. Republican senators argued that the map is diluting Hispanic strength in favor of Native Americans.

Republican Sen. Greg Baca is paired with Sen. Joshua Sanchez in the approved map. He said the redistricting process, in the end, became a cynical political game akin to poker.

Baca said the maps being re-drawn to honor Native Americans come due to a sense of guilt. New Mexico is 47% Hispanic, according to the latest census figures, so the number of Senate districts should reflect that, he said. 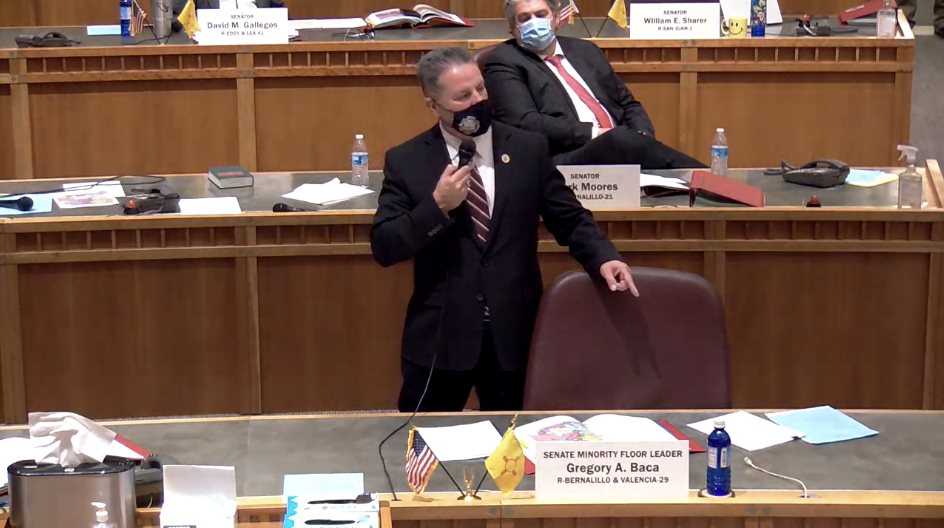 Sen. Jacob Candelaria, who represents an Albuquerque Westside district, changed his party from Democrat to “decline to state” at the beginning of the special session.

Thursday night, his speeches alone amounted to about half of the total time lawmakers debated, much of it spent deriding the “elites” in his former party. Democrats who drew this map, he said, were dictating where Westside Hispanics should find their political home and diluting their voting strength.

He said Lopez’s map ignored the way the Citizen Redistricting Committee, a nonpartisan body that devised several concept maps in dozens of meetings across the state, handled his district.

“I cannot follow down a road which asks me to betray the people that elected me, that asks me to betray my integrity, just to vote for a map that partisan elites think is the best,” Candelaria said. “I won’t do it.”

The word “elite” or “elitism” was mentioned at least 22 times, according to a transcript of proceedings.

Sen. Lopez later responded to Candelaria’s criticism, saying the map she drew up modified his district to make way for a new Senate District 12 in the Rio Rancho area, one needed due to population growth there. She also noted that the district’s Hispanic population reduced from 66.9% to 65.5%.

“So it’s still a very Hispanic district there,” she said.

Candelaria ultimately did vote in favor of the map, saying there was no better alternative. 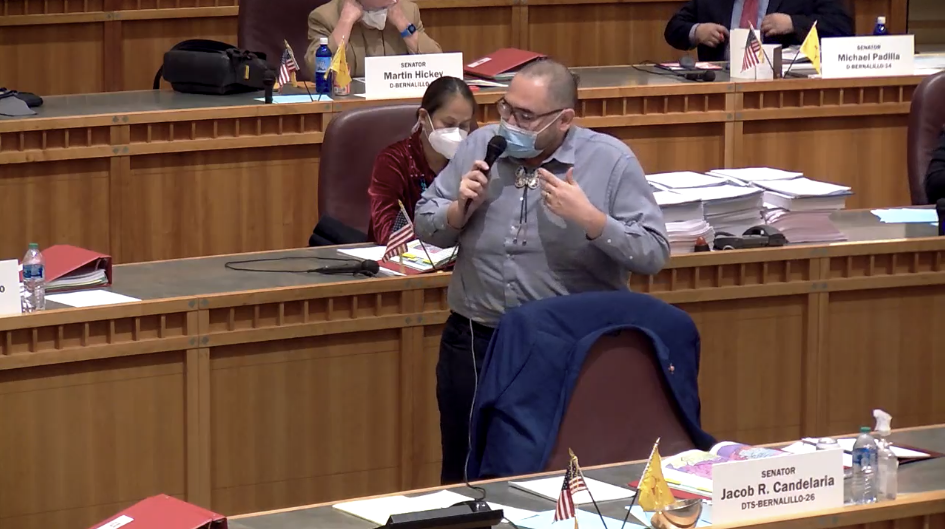 The vote approving the Senate map was the biggest item of contention left on the special session agenda, and the Senate adjourned soon after. Lawmakers previously approved a congressional map and a huge spending plan for about $478 million. Both are on their way to the governor.

Friday is Day 12 of the session. Previous special sessions have cost taxpayers about $50,000 a day.

By the end of the debate, senators on both sides of the aisle admonished the chamber to be more polite and try to achieve a better relationship with either side.

Lopez, in closing her defense of the map, said that the Citizen Redistricting Committee maps were ultimately “a guide” for what the Legislature produced in the end. But she didn’t shy away from describing the process as political, even if the nonpartisan committee attempted to prevent it from becoming overly so.

“This is political. And as I’ve said before, if you look across the country, look at what’s happening in other state houses, and chambers, and what’s going on in their redistricting,” she said. “So it doesn’t mean that it’s per se the right thing …, but it is what’s happening. And this is a political process.”