When police in Albuquerque announced that they were investigating whether the shooting deaths of four Muslim men in the city were connected—or even targeted—it set off panic from many in the Muslim community. Some isolated at home, fearful to even step out and get groceries. Others fled Albuquerque altogether.

Then came the news that three of the victims were Shi’ite Muslims—members of one of the two major branches of Islam—and the suspect, arrested Tuesday, is Sunni—a member of the largest branch.

The killings, which were originally feared to be anti-Muslim or anti-Asian hate crimes—set off alarms for Shi’ite Muslims across the country—many of whom hoped they had left sectarian violence behind when their families came to the US One of the victims, Naeem Hussain, who was killed Aug. 5, was a refugee from Sunni-majority Pakistan who came to America in 2016 to flee persecution for his Shi’ite beliefs.

“We never thought this hatred was going to follow us here to America because this is the place where you can speak freely,” says Mazin Khadim, president of Alzahra Islamic Center in Albuquerque, which caters to the city’s Shi’ite population. “We just never thought it was going to be the same here in America.”

Albuquerque police have cautioned that the motive for the killings is still unclear. The suspect, Muhammad Syed, 51—who moved to the US from Afghanistan about five years ago—“knew the victims to some extent” and that “an interpersonal conflict” may have been to blame.

But that has not quelled concerns and discussion among many Shi’ite Muslims in Albuquerque—and elsewhere in the US—that centuries-old sectarian divides are manifesting in new ways for American Muslims. They argue that while anti-Shi’ite sentiment in the US has not typically culminated in such violent acts, it has been very much present in Sunni-dominated mosques, student associations, and other places American Muslims gather.

What we know so far about the killings in Albuquerque

City of Albuquerque (3); City of Espanola/AP

The first killing happened Nov. 7, with the shooting of Mohammad Zaher Ahmadi, who was originally from Afghanistan, outside of a halal cafe and market that he ran with his brother. NBC News reported that Ahmadi had previously accused Syed of buying large amounts of rice and trying to sell them back to the store for a profit, according to Ahmadi’s brother, Sharief Hadi.

Then, months later, on July 26, Aftab Hussein, 41, was fatally shot. On Aug. 1, Muhammad Afzaal Hussain, was killed, followed by Naeem Hussain, 25, on Aug. 5. Authorities asked the public for help in locating a vehicle linked to the crimes. A tip from the community helped lead authorities to the suspect.

Syed is charged with the murders of Aftab Hussein and Muhammad Afzaal Hussain. Detectives connected these two homicides based on bullet casings found at the crime scene, according to police. Authorities say Syed is also a suspect in the shootings of Ahmadi and Naeem Hussain, and detectives are working with prosecutors to potentially charge him with their killings, as well.

Initial news reports suggested that Syed may have killed three Shiite Muslims based on his prejudice towards members of the sect. The New York Times quoted Ahmad Assed, the president of the Islamic Center of New Mexico, as saying authorities told him the suspect was a Sunni Muslim who may have targeted the victims because he was angry that his daughter married a Shi’ite.

But Assed tells TIME these details were based on a “rumor” that requires further investigation to confirm. Police said Tuesday that law enforcement was aware about the suspect’s daughter’s marriage to a Shi’ite but that it was unclear if that was “the actual motive, part of a motive or if there’s a bigger picture that (they’re) missing.”

In an interview with CNN on Wednesday, Syed’s daughter said her father was unhappy over her decision to marry a man in February 2018, but that he had started to accept their relationship more recently. “My father is not a person who can kill somebody. My father always talked about peace. That’s why we are here in the United States. We came from Afghanistan, from fighting, from shooting,” she told CNN. She added that her husband was friends with two victims: Aftab Hussein and Naeem Hussain.

What we know about the victims and suspects 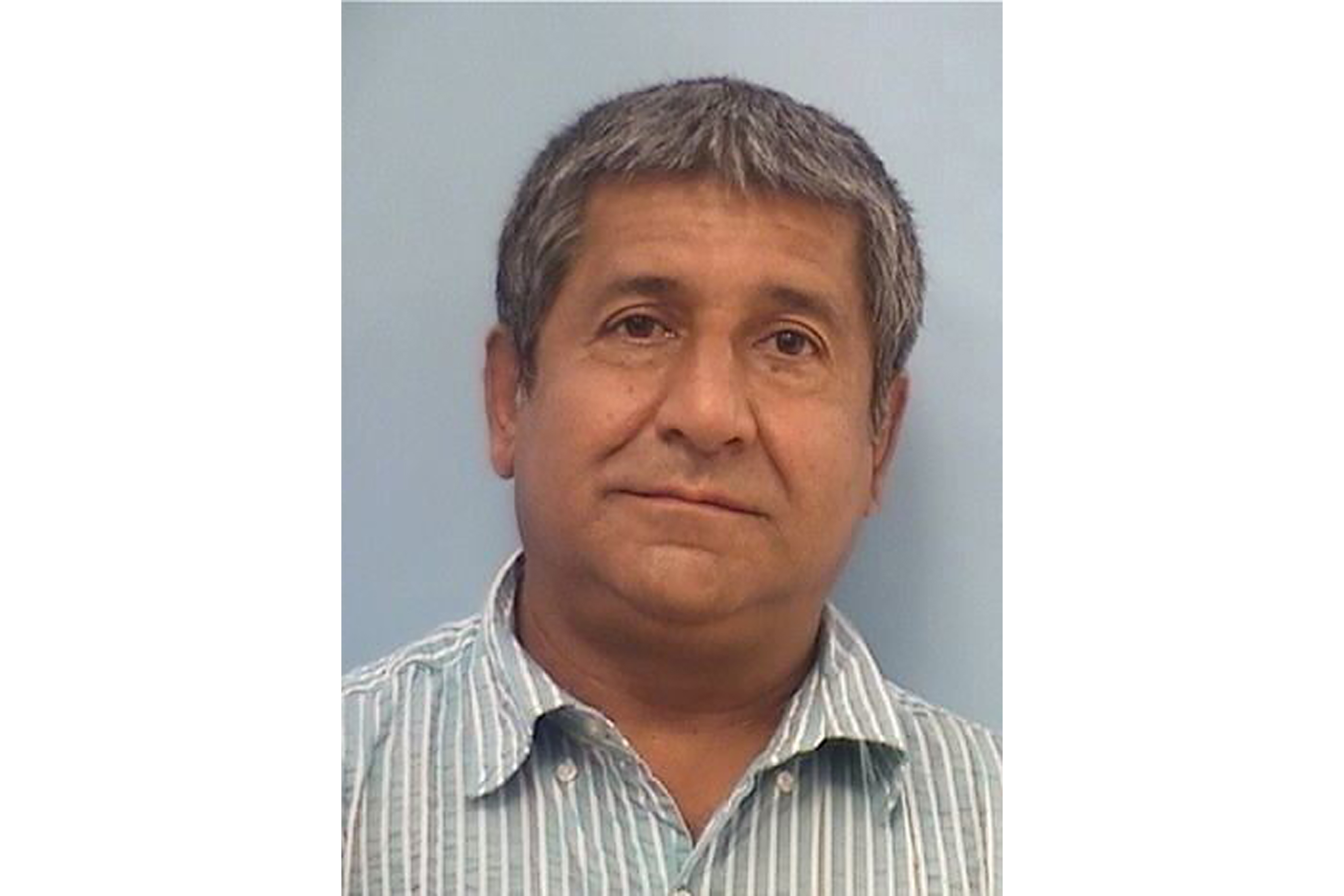 This photo released Tuesday, Aug. 9, 2022, by the Albuquerque Police Department shows Muhammad Syed. Syed, 51, was taken into custody Monday, Aug. 8, 2022, in connection with the killings of four Muslim men in Albuquerque, New Mexico, over the last nine months. He faces charges in two of the deaths and may be charged in the others.

Kadhim, of the Alzahra Islamic Center, is also a former case manager at Lutheran Immigration and Refugee Services who says he oversaw cases for three of the victims and the suspect. “The attacker took some of the best people in our community,” Kadhim says.

He recalls how Aftab Hussein would often help his blind roommate with tasks such as cooking. “Without Aftab, he has no eyes,” Kadhim says. He described Naeem Hussain as a religious and outgoing person who was focused on building his trucking business. Naeem Hussain was commemorating the holy day of Ashura with his Shi’ite community and at a cemetery burying his friend, Aftab, hours before he was killed.

Muhammad Afzaal Hussain was a “brilliant public servant,” according to a statement from the major of Española, NM, where he was the director of planning and land use. “Muhammad’s interest was in improving conditions and inclusivity for disadvantaged minorities,” John Ramon Vigil said in a statement. “Muhammad was soft spoken and kind, and quick to laugh.”

Mohammad Zaher Ahmadi was from Afghanistan; he was fatally shot outside Ariana Halal Market & Cafe, which he ran with his brother, KOAT-TV in Albuquerque reported.

Kadhim’s encounters with the suspect, Muhammad Syed, were less pleasant. He says he called the police after witnessing Syed physically abuse his wife. “He was angry and asked why I interfered with his family. I said, ‘I cannot let you just beat them,’” Kadhim says.

Albuquerque police said Syed had a history of misdemeanor arrests involving domestic violence in the last several years. All three domestic violence charges he faced were dropped, CNN reported. Syed’s previous run-ins with law enforcement in the US included charges that he threatened to kill his daughter’s boyfriend, that he physically abused his wife in a state-owned building, and an allegations that he kicked a Walmart employee, The Daily Beast reported.

Sunni v. Shiite: A divide in the Muslim world

Despite uncertainty around the motive, the killings have sparked dialogue among Muslims in Albuquerque and across the country about discrimination toward Shi’ite communities. In Pakistan and Afghanistan, in particular, Shi’ite Muslims are often the targets of violence by Sunni terrorist groups.

Just last week, ISIS, a Sunni Muslim militant group, bombed a busy street in Kabul where Shi’ite Muslims often meet—killing eight people and injuring 22 others. The attack came just before the holy day of Ashura, in which Shi’ites pay tribute to the martyrdom of Hussein, a grandson of the Prophet Muhammad. In March, an ISIS attack on a Shi’ite mosque in Pakistan led to at least 61 deaths and 196 injuries. While violent sectarian attacks are rare in the US, they are not entirely unheard of. In March, the FBI said a man from Maine and two teenagers had planned an ISIS-inspired attack on a Shiite Muslim mosque near Chicago; it did not come to fruition after officials intervened.

Sunni and Shi’ite Muslims both follow the teachings of the Prophet Muhammad, and believe in the same holy book, the Quran. However, around the seventh century, a schism in the faith developed—with Sunnis following Abu Bakr, a friend of the Prophet, while Shi’ites venerate Ali, the Prophet’s cousin and son-in-law. Of the approximately 1.6 billion Muslims worldwide, up to 90% are estimated to be Sunni. Shi’ites make up majorities in Iran and Iraq, but are minorities in the Muslim communities of most countries. In the US, they make up about 10-15% of the roughly 3.5 million American Muslims.

Anti-Shi’ite discrimination in the US

Though it’s not yet clear whether the Albuquerque killings are motivated by sectarian hatred, many Shi’ite Muslims in the US have reacted with concern that it’s only a matter of time before violence against Shi’ites spreads to America. “It is not particularly new to our community. The only thing new is where it took place, here in the United States,” says New York University professor Faiyaz Jaffer, a Shi’ite Muslim.

He accuses some Sunni Muslim leaders, even in the US, of using anti-Shi’ite rhetoric. He also points out that the default understanding of Islam in the US is Sunni Islam. In most American textbooks that address Islam, students learn about the religion through the lens of “Five Pillars”—a Sunni concept that is not part of the Shia faith. “Everything is read through the lens of what a Sunni Muslim believes. And Shia Muslims are just living in that world,” Jaffer says. “This Sunni dominated privilege reverberates in the isolation of Shia Muslims on college campuses, in mosques, in workplaces.” It would therefore be misguided to suggest that anti-Shi’ite discrimination in the US is only imported from other countries, he says.

Many Shi’ite immigrants in the US say they are acutely aware of threats faced by their communities. “We’ve heard all these stories from our parents, our grandparents, that this regularly happens back home or they grew up with it. This was the norm for them but for us it’s not,” says Sakina Syedda, co-founder of national organization Shia Racial Justice Coalition, which aims to center marginalized Muslim perspectives, and a Shi’ite Muslim. “In so many countries, Shias are targeted in holy times and not in holy times.”

Syedda says she and her peers in the US may see anti-Shi’ite discrimination unfold in other ways, such as being told by some Sunni Muslims that they are kafirs (non believers), or not being accommodated for in Sunni spaces, but not outright violence.

Sunni Muslims sometimes have erroneous and harmful understandings of their Shi’ite counterparts, Jaffer says: “It’s the messaging they are receiving from their families and communities.”

KHN’s ‘What the Health?’: A Big Week for Biden