Church of Jesus Christ Temple: How Many Has President Nelson Announced?

This article was first published as the ChurchBeat newsletter. Sign up to receive the weekly newsletter in your inbox.

When President Russell M. Nelson announced 13 temples on Sunday, it marked a new era in the history of temple construction for Latter-day Saint Church of Jesus Christ.

After less than four years in office, President Nelson has now announced that he will build 83 new temples. This is noteworthy for several reasons:

The goal of all of these temple buildings, President Nelson said, is to bring the ordinances, covenants, and blessings of the temple closer to each of the 16.5 million members of the Church.

One way to measure this is by the number of temples per ward member. The lowest membership per temple was reached in 1893 when the Salt Lake Temple opened. At the time, the Church had four temples and 53,500 members per temple, said Brandon Plewe, editor-in-chief of Mapping Mormonism: An Atlas of Latter-day Saint History, published in 2012.

“That’s amazing, four temples covered us well back then,” he said. The Church continued to grow, but did not complete another temple until 1919 in Laie, Hawaii.

Today the Church has 98,601 members per temple, but this building boom could bring that number as low as it was before 1900, Plewe said.

Based on church membership growth rates, Plewe estimated that if all of the announced temples were completed in three and a half years and the total church number rose to 265, there would be about 66,000 members per temple.

Where are most of the temples announced by President Nelson being built?

Most of the temples announced by President Nelson will be built outside of the United States.

He announced 54 temples outside the United States and its territories, including four each for Brazil, Mexico, and the Philippines, three in Argentina, and two each in Bolivia, Chile, the Democratic Republic of the Congo, and Nigeria.

He announced 10 new temples in Utah and 19 in other states and the US Territory of Puerto Rico.

How many temples did each Latter-day Saint prophet announce?

The full list of all 83 temples announced by President Nelson can be found at the end of this newsletter.

The director of the National Marriage Project tweeted Monday, two days after President Dallin H. Oaks’ lecture on church attendance, that a study found that people who attend church have a longer life expectancy.

Here is a story about the flagship cattle farm of AgReserves, a for-profit investment company for the Church.

A BYU Idaho student died after collapsing near the finish line of a Utah marathon.

It was strange taking the Utah FrontRunner train from my house in Provo to Salt Lake City on Saturday to attend general conference at the Conference Center because of the lack of normal crowds.

This is what the FrontRunner platforms looked like two years ago and on Saturday: 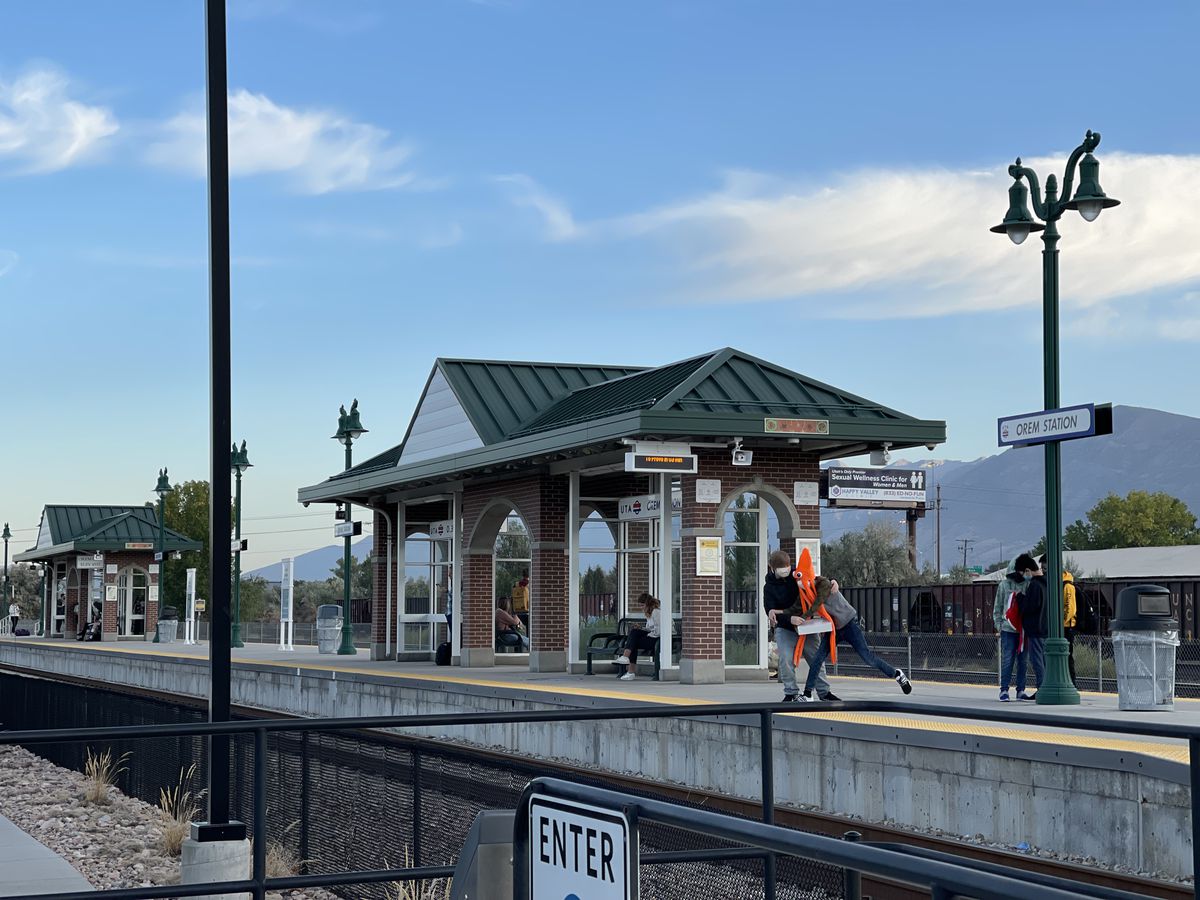 Go behind the scenes of what is happening to Latter-day Saints and its members.