POCATELLO — Some food combinations you never know you need until you try them.

When Uncle Jim’s permanently closed earlier this year, many Pocatello residents lost their go-to breakfast spot. Along with their traditional Mexican food, Cielito Lindo fills the need for delicious breakfast options inside the building once inhabited by Uncle Jim’s.

Heriberto Gutierrez, the restaurant’s owner, told EastIdahoNews.com that his father and the restaurant’s head chef is a breakfast food “expert.” Gutierrez wants to highlight that talent while alleviating the heavy breakfast waiting lists at other local eateries.

“We just don’t want to do Mexican food,” he said. “We want to help the other local breakfast places.”

Any breakfast menu at a Mexican restaurant would be incomplete without huevos rancheros. But at Cielito Lindo, even that is done a bit differently — with carnitas mixed in and the classic red (ranchero) sauce replaced with a green sauce. Gutierrez explained it’s the way his mama made the dish for him as a child.

“I added that plate so people can see where I grew up and how mama used to make huevos rancheros in Tijuana,” he said.

Other Mexican breakfast favorites like chilaquiles and breakfast burritos also appear on the breakfast menu, as well as some traditional American breakfast options. That side of the menu includes items like the classic breakfast combo — with pancakes, eggs and bacon — ham and eggs and three-egg omelets. 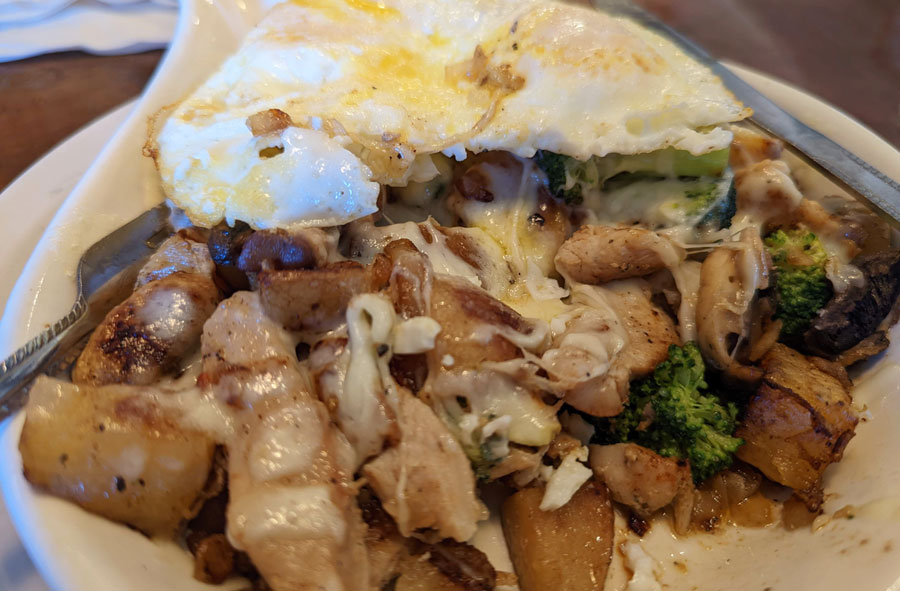 For a taste of both the Mexican and American sides of the Cielito Lindo breakfast menu, Gutierrez had me try the breakfast combo and the Santa Fe scramble.

Both were selectable. The pancakes were some of the best I’ve ever had, mix in eggs and bacon, and you have the perfect breakfast.

The other dish was surprising. Chicken and broccoli are two things I rarely pair and would never have thought to top with an egg. But the flavors melt perfectly, with potatoes, mushrooms and cheese — amazing.

Of course, Cielito Lindo’s menu includes the lunch and dinner options you would expect to fund from a Mexican restaurant — tacos, enchiladas, burritos, so on. But the headliner of that menu, Gutierrez said, is the signature chile relleno coupled with the specially prepared rice and beans.

That menu, Gutierrez added, is traditional, with many of the same items patrons would be familiar with, though done with his family’s Baja flavors.

“We have some items the same (as other) local restaurants, but I think that the flavor is a little different,” he said. “The way we prep the rice, the salsas, that’s going to distinguish us from the other locals.” 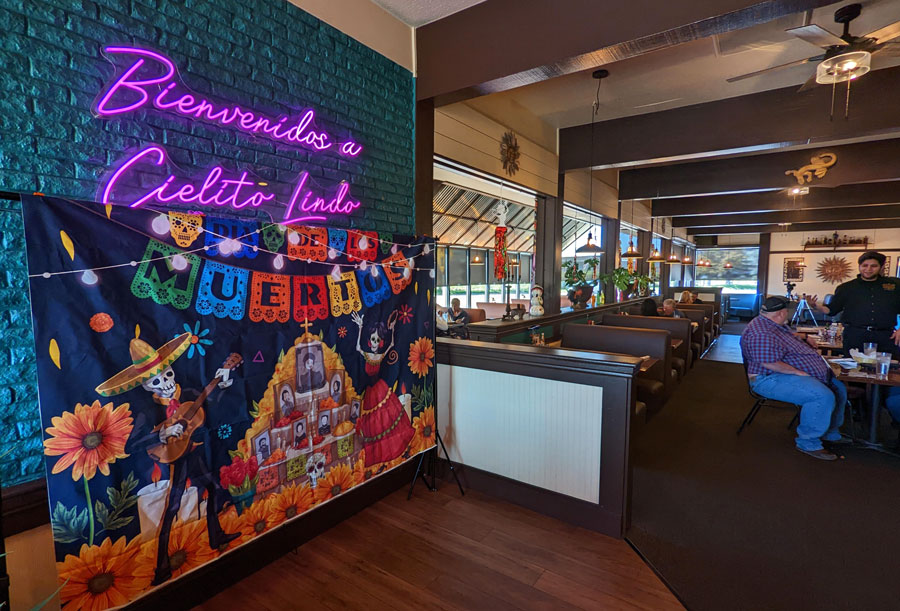 Cielito Lindo is located at 1010 Pocatello Avenue — in the same parking lot as City Hall — and is open Tuesday to Saturday, 8 am to 8 pm, and Sunday, 8 am to 2 pm

Visit the restaurant’s Facebook to page to view the menu — here.

If you want to make a recommendation for the next destination to be included on East Idaho Eats, email [email protected] and include “EATS” in the subject line. 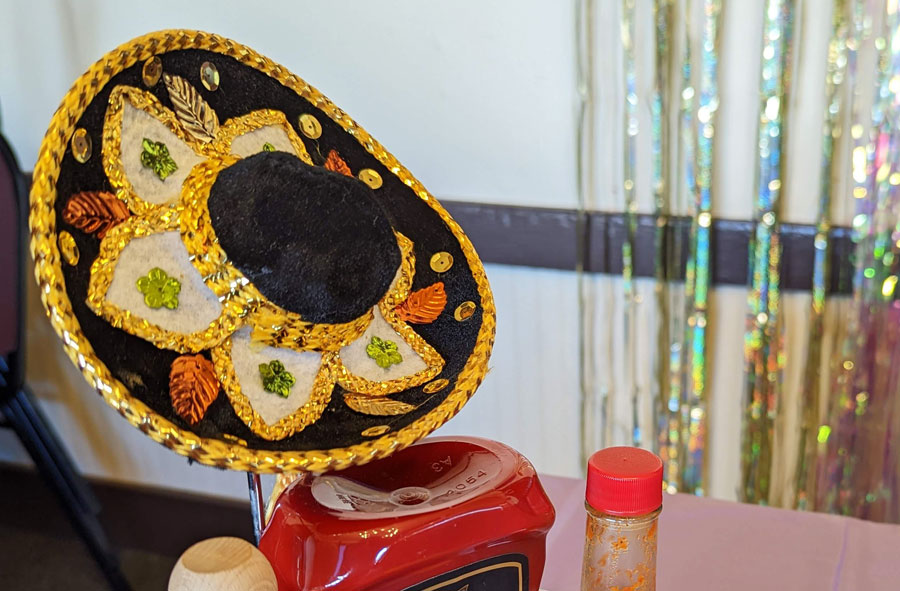 A little sombrero on a sauce caddy. | Kalama Hines, EastIdahoNews.com

Gov candidates to face off tonight. But how do I watch in Las Cruces?