Lawmakers largely didn’t take election officials’ views into account, he said, and what resulted was a law that included a number of provisions that he said election officials believe are “to the detriment of voters.”

So when Georgia’s Republican-controlled legislature tried to pass another voting bill in the session this year that included provisions he didn’t agree with, Kirk made sure to speak out.

“Whatever I could do, I did do,” said Kirk, who serves as the treasurer of the Georgia Association of Voter Registration and Election Officials.

Shenita Binns and her daughter Ysrael Binns of Atlanta, Georgia, participate in a “Freedom Friday March” protest at Martin Luther King, Jr. Memorial on Aug. 6, 2021 in Washington, D.C. Activists continued to demonstrate for voting rights on the 56th anniversary of the signing of the Voting Rights Act and urged the U.S. Senate “to end the filibuster so we can pass legislation to solve the urgent crises confronting our nation, voting rights, DC statehood, and reparations.” (Photo by Alex Wong / Getty Images)

Across the country, election officials this legislative season made their voices heard in hearings and through appeals to lawmakers, urging them not to enact voting laws that they saw as unfeasible or unnecessary, or that would ultimately make their jobs more difficult.

In crucial battleground states including Arizona, Georgia, and Florida, they succeeded in defeating legislation that would have hurt voting access or the integrity of elections.

In Georgia, Kirk disagreed with a portion of the 2022 bill that would have changed chain-of-custody requirements for ballots and would have required what he saw as unnecessary security precautions, so he spoke to his lawmakers and in front of committees and sent in written statements.

Ultimately, the bill passed through the state House but then was gutted in a Senate committee. The only voting-related legislation passed in the state this session concerned the Georgia Bureau of Investigation’s power to investigate fraud.

Kirk says he and other election officials consider that a success.

“What we saw was that when we all speak, they tend to listen,” he said. “Especially when we’re all saying basically the same thing.”

Other Georgia officials also spoke up. “Personally I felt empowered this year in a way that I did not last year,” said Dele Lowman Smith, chair of DeKalb County’s elections board. “This year I was not taking it lying down.”

Smith said that election officials representing both Democratic and Republican counties came together to push back against the legislation, and lawmakers took note.

“It wasn’t a partisan issue,” she said. “It was just poor management and ignorance of the election administration process.”

Kirk, who represents a majority Republican county, agreed that politics did not play into his views on election bills.

“As election officials, we’re trying to focus on the administration, not the politics,” he said. “All we want to do is to do a good job and have the laws in place that we need to do a good job.”

In Arizona, the legislative session is still ongoing but election officials are cautiously optimistic that they successfully defeated the vast majority of the roughly 100 bills that would have been detrimental to their work process and to voter access.

Jen Marson, executive director of the Arizona Association of Counties, which works with all of the county recorders and elections directors across the state, said election officials opposed almost every voting bill introduced this session. 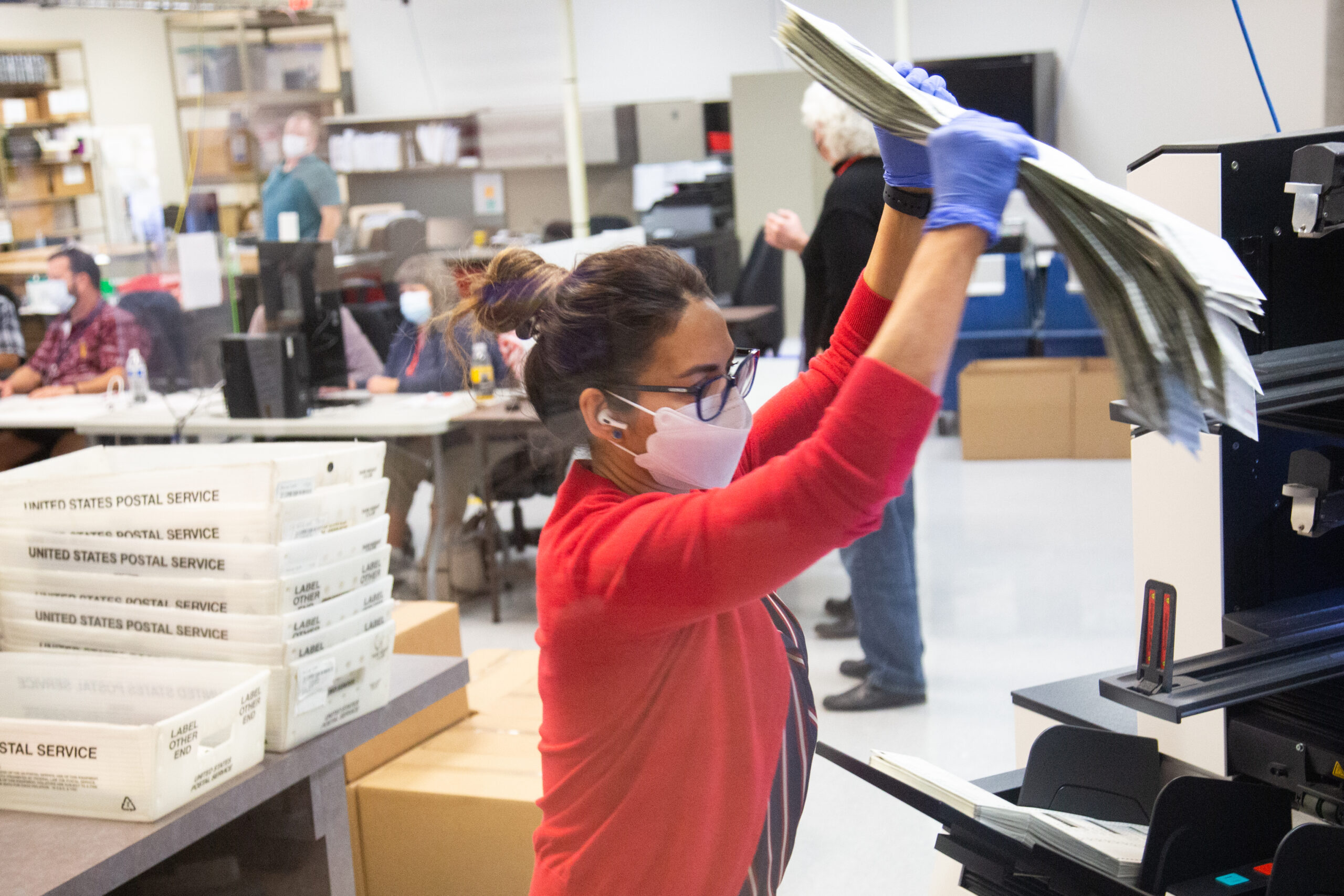 Marson said she testified before the legislature every week — sometimes dozens of times a week — to share the opposition among election officials.

“For most of the voting bills, the language was unimplementable,” she said. “Either it didn’t work with the technology that counties have spent millions of dollars investing in, required personnel that we don’t have, or required us to go backwards in terms of efficiencies, whether that’s a cost efficiency or a time efficiency.”

Most of the troublesome bills passed in committee but then died on the floor.

Bills that appear to have failed this session would have allowed the legislature to reject the results of an election and would have ended early and mail-in voting.

“We’re not done with the session and anything could come back,” Marson said, adding that there are still some problematic election bills pending. But, she said, “given the magnitude and sheer volume of election bills that were introduced this year, the fact that we’re only now dealing with maybe 10 or so is a win, absolutely.”

In Florida, Republican lawmakers passed restrictive voting bills both this session and last that are opposed by supervisors of elections on both sides of the aisle. While the bills are restrictive, the new voting laws this year are not as bad as they could have been for voter access.

Republicans wanted voting legislation to include a new requirement that voters who cast ballots by mail include an ID number, like the last four digits of their driver’s license, near their signature. The requirement would have been similar to the one in Texas that led to widespread confusion and thousands of rejected ballots in the March primary.

But, according to the Tampa Bay Times, elections supervisors came out strongly against the provision and lawmakers ultimately dropped it.

NM Sen. Sharer blocked voting rights by talking so much, no one else could

In Missouri, the Missouri Association of County Clerks and Election Authorities which represents county election officials, is supporting amending state law to allow for no-excuse absentee voting. A recent version of the state’s voting bill which advanced in the Senate, while mostly restrictive for voters, included two weeks of no-excuse absentee voting before elections.

Not all states allowed input into the legislative process. In Kansas, a Senate committee held an informational hearing on election security in March but committee staff refused to tell voting rights advocates who would be presenting.

According to the Kansas Reflector, the speaker turned out to be Maria Zach, founder of Nations In Action, who “delivered widely discredited conspiracy theories about the legitimacy of 2020 election results.”

Despite no evidence of widespread fraud in the 2020 election, Kansas lawmakers have held hearings where none of the people testifying believed the election was secure.

Moving ahead in Georgia

Georgia elections officials said that moving forward, they hope they can be actively involved in the legislative process from the beginning so that their views and the practicalities of election administration are considered.

Because most legislation died, Kirk said election officials also missed out on laws that would have helped them do their jobs.

“I would much rather see a discussion and compromise,” he said.

He said he’s optimistic about plans to meet with legislators when they are not in session so election officials have more time to share their views before there are tight deadlines.

“We can have a discussion about necessary reforms that make sense, that would help the process, help voters, help election officials, help everyone rather than just political talking points that push everyone back to their corners,” he said.

“Election officials are ready to help,” he added. “We want to help. But we can’t do it in three minutes or less in an assembly committee.”

Listen: He Was Denied Care Because He Owed His Doctor Less Than $100