On July 24, a hiker called police after finding a woman’s body at the Realization Point Trailhead at Flagstaff Mountain. That woman was later identified as 25-year-old Alexis Baca from New Mexico; Police said she had multiple cigarette burns on her body, a bag suspected of being methamphetamine in her pocket, and a bullet hole above her left ear.

She was wearing a necklace with a gold Grim Reaper pendant attached and a 9 mm shell casing was discovered near her body.

Margo Baca, Alexis’ mother, spoke exclusively with FOX31 and said she spoke with Lexi days before she was found dead.

“I just told her to be careful and let me know how she was doing on the way back home,” Margo said.

After learning who she was, the affidavit outlines how investigators were able to track Baca to a man who was sitting in Morgan County Jail. That man allegedly told police he was driving from New Mexico to Montana to buy a motorcycle with Baca, who said he was a prostitute along to keep him company. When Colorado State Patrol stopped and arrested the man on July 20, he gave Baca his car and phone and told her to stay in the area while he worked on bond so he could be released.

That man told police when he left the car with Baca there was $20,000 in cash in it and two handguns.

Instead of staying in the area, the affidavit said Baca called someone she knew in New Mexico to help her get home.

Details of exactly what happened next vary based on interviews with the suspects, but what they all generally agree on is that several people got in a white Ford F250 and drove to Colorado to meet with Baca.

Their charges are as follows:

Timeline of events for this case

A 911 call came into the Boulder County Communications Center at 9:52 am on July 24 from a person who had discovered an unresponsive body near the Realization Point Trailhead. Once deputies arrived, the caller brought them to the body.

According to CSP, back on July 20, Baca was the passenger of a vehicle that was pulled over during a traffic stop. The driver had an outstanding warrant and was taken into Morgan County Jail and the vehicle was released to Baca.

Cold case: Who murdered Daniel Lell in Aurora in 2013?

The driver is still in custody and has since spoken with detectives revealing that Baca was a prostitute that he met in New Mexico and had picked up to join him on his journey to purchase a motorcycle in Montana. This trip began on July 18, just two days before the pair was pulled over in Morgan County.

He also allegedly told investigators that there was $20,000 in cash in the front seat of the vehicle along with two Glock handguns. According to investigators, he contacted Baca and instructed her to keep safe and to wait around for him as he believed he would be able to get bonded out.

Lexi Baca, pictured here with her daughter, was found dead along a trail in Boulder County. (credit: Margo Baca)

Police cameras recorded the vehicle at multiple intersections on the night of July 23, including the one at Baseline Road and 9th Street in Boulder near where Baca’s body was found.

The Ford in question is registered to Moore of Las Cruces, New Mexico, which is where Baca has been living, according to her New Mexico ID card.

According to investigators, Baca called her mother on July 23. Baca reportedly told her mother that she was stuck in Colorado and didn’t know how she was going to make it back.

On July 28 while pursuing leads in Las Cruces, detectives uncovered that Baca and Moore knew each other.

They went to Moore’s residence where they saw the Ford F250 in the driveway. While deciding on how to execute the warrant, the F250 was driven off the property. Detectives then contacted a Las Cruces Gang Unit officer to pull the vehicle over using the previously attained search warrant.

Officials revealed that Moore and his fiance, Provine, were in the vehicle during the stop, and were both separated to be interviewed. During the stop, the officer reportedly found a loaded AK-47-style rifle with a folding stock, a silver 1911-style loaded semi-automatic handgun and a tan military bag. 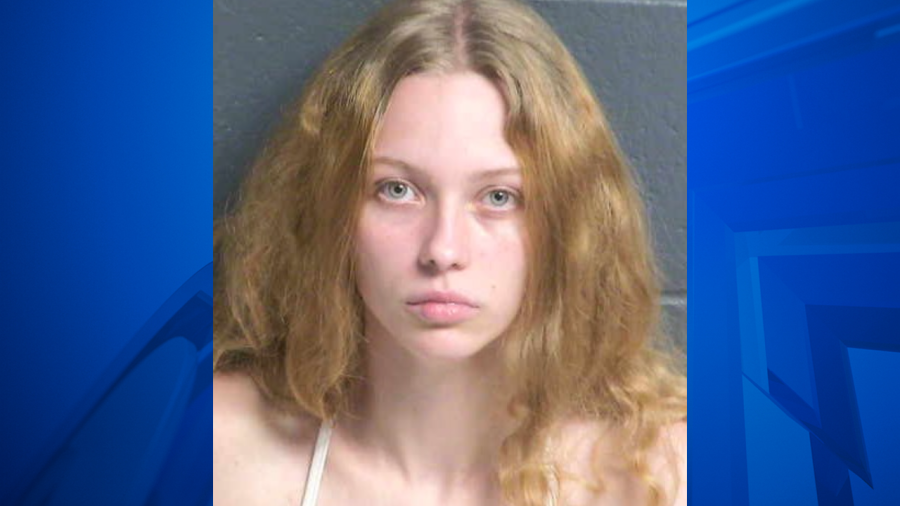 Ashley Provine was arrested in connection with the death of Alexis Baca at Flagstaff Mountain. (Credit: Las Cruces Police Department)

During the interview, Provine revealed that she had joined Moore and another individual, Hobirk, on a trip up to Colorado to help Baca.

According to Provine, Hobirk had received a phone call from Baca requesting help to get back to New Mexico. The three then rode up to Colorado together in the Ford F250 where they met Baca at a hotel.

Provine said that once Moore and Hobirk knew how much money Baca had, they told her to follow them in the truck. Shortly thereafter, Hobirk got out of the truck and got into Baca’s vehicle. They then continued into the mountains where they pulled off into a parking lot.

Cold case: Who killed Angela Wilds and buried her in a shallow grave?

Once parked, Moore told Provine to take a long walk and not to come back until she was called. After a while, she received a call and returned to where the cars were parked. Once she arrived, she told investigators that she saw Moore and Hobirk standing near the truck, but Baca was nowhere in sight.

Provine said Hobirk then drove the vehicle Baca had been driving down the mountain before parking it in a residential area with the hopes of getting it towed. They drove to a Denver Double Tree and then drove back to New Mexico the following day.

Provine was taken into custody after the traffic stop on July 28 and gave no further information to officials aside from revealing that Baca was allegedly high on heroin the day that Moore and Hobirk told her to follow them. 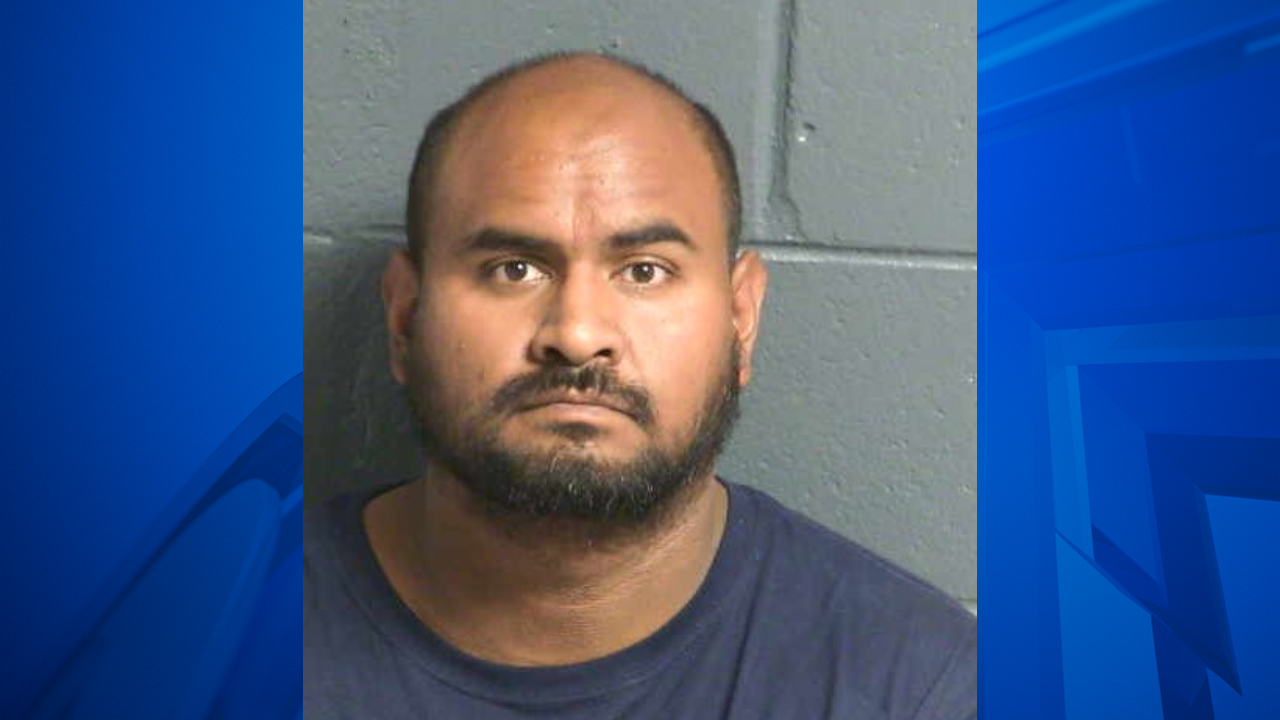 Jaime Moore was arrested in connection with the death of Alexis Baca at Flagstaff Mountain. (Credit: Dona Ana County)

Moore was also taken into custody following the traffic stop. He said Hobirk reached out after Baca had offered $2,000 to help her get out of Colorado. He told investigators that Hobirk’s girlfriend, Griffin, also joined the group on the trip to Colorado.

When they arrived in Colorado at the hotel Baca was staying at, Moore said he and Hobirk entered her room to find her high on methamphetamine and blue pills.

Moore revealed that Baca was indecisive about wanting to return to New Mexico and was difficult to handle as a result of the drug use.

According to Moore, the group then left the hotel and drove to Boulder, mentioning that Baca’s driving was dangerous and erratic, including driving without lights at one point. Baca continued driving into the mountains, but Moore pulled in front of her to direct her into a parking lot as she seemed to not know where she was going.

Moore said that when he walked up to Baca’s car, he noticed she had a handgun which she fired at him. Moore then pulled out his 9mm handgun and shot Baca in the head. Moore said Griffin and Provine both got upset about what they had seen.

Cold case: Who murdered Thomas Powell in Aurora in 2007?

He said Hobirk helped him remove Baca’s body from the vehicle and bring it to the hillside, where it was later found.

Moore told investigators that the four then drove back down the mountain, later returning to ensure that they hadn’t left any items behind in the parking lot. When they returned, they saw a person with a flashlight near where they had left Baca’s body and decided to return to the Double Tree hotel where they stayed for the night.

The next day, they drove the car Baca was driving to Breckenridge and cleaned it at a carwash to remove the blood that was in the interior. Moore said Provine and Griffin helped during this cleaning process. 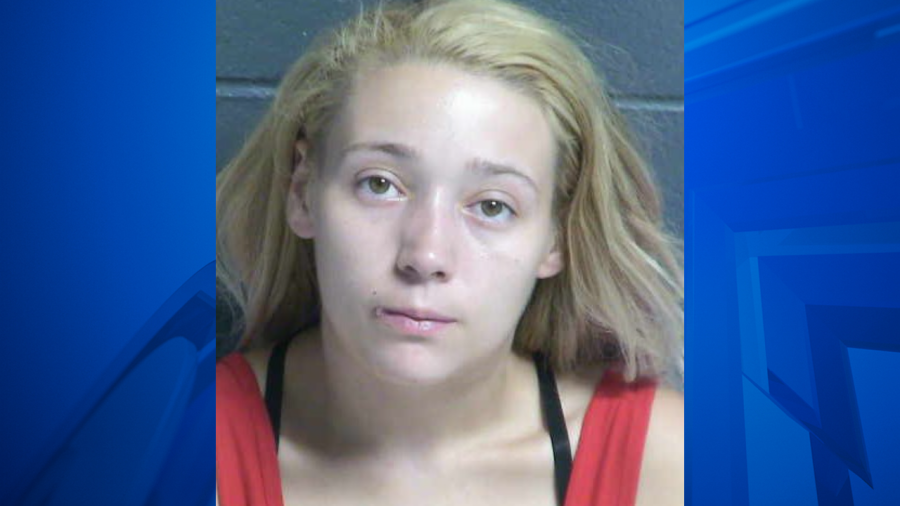 Elizabeth Griffin was arrested in connection with the death of Alexis Baca at Flagstaff Mountain. (Credit: Dona Ana County)

While cleaning the vehicle, they found $6,000 in cash and roughly 5,000 pills in addition to two handguns. There were also two laptops that Moore said he took for himself. They then left the car in an area in Breckenridge where they hoped it would be towed.

Moore said the two handguns, a Glock .380 caliber and a Glock .40 S&W caliber, were both tossed at random locations during their return drive back to New Mexico.

Additionally, Moore said he was giving the cash out to friends and Hobirk had been reaching out to people to try and sell the pills.

Moore also told investigators he believed Baca had been heading up to Minnesota in order to buy narcotics. He also said Hobirk mentioned several times the idea of ​​robbing Baca while on the drive up to Colorado.

Moore and Provine are in custody after allegedly admitting their involvement in this case. 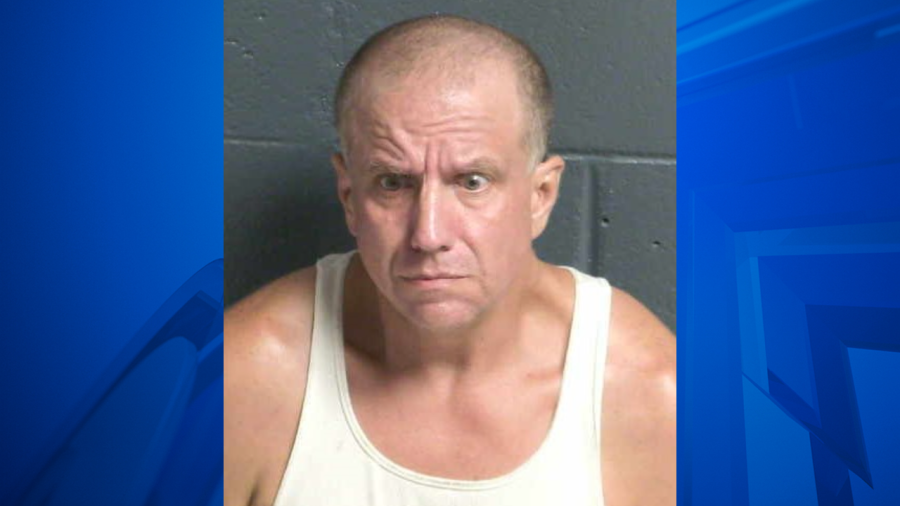 Cody Hobirk was arrested in connection with the death of Alexis Baca at Flagstaff Mountain. (Credit: Dona Ana County)

Las Cruces police arrested Hobirk shortly after Moore and Provine were taken into custody, and he told the police it was Moore’s idea to kill Baca.

Hobirk told investigators Moore had convinced Baca to follow him into the mountains under the ruse that he knew a buyer who could purchase the drugs she had. Hobirk said once they were far enough into the mountains, he heard a single gunshot.

He admitted to helping move the body and confirmed Griffin and Provine’s alleged involvement. He also mentioned Moore paid Griffin $100 for her help.