Across New Mexico, people from tribal communities gathered yesterday to celebrate everything Native. Indigenous Peoples’ Day is every second Monday of October in the state.

“Having all of these people joined together to reclaim a holiday that was that was based off of genocide and rape … it’s a very healing feeling, seeing everyone come together,” Jaycie Begay said. Begay (Diné, Santa Clara and Northern Ute) joined the Red Nation rally and march in Old Town Albuquerque.

In 2015, the Red Nation led a coalition to abolish the previous federal holiday and institute instead Indigenous Peoples’ Day in Albuquerque. In 2019, it went statewide.

Mayor Tim Keller led festivities in Downtown Albuquerque, where he signed a resolution acknowledging the city’s history with federal Indian boarding school policies. The event concluded with a film highlighting the endemic issue of missing and murdered Indigenous people.

In Santa Fe, the big event was miles away from the historic Plaza on the Southside, where the Three Sisters Collective hosted a bash with arts, music and food.

The Red Nation hosted a march and rally in Old Town Albuquerque on Monday, Oct. 11. People carried signs addressing homelessness, boarding school histories, police violence, missing and murdered Indigenous people, and environmental issues. As much as Indigenous Peoples’ Day is about reclaiming culture, people at the march talked about how it is also necessary to reclaim spaces where Native Americans experienced historical trauma.
(Photo by Sharon Chischilly for Source NM) 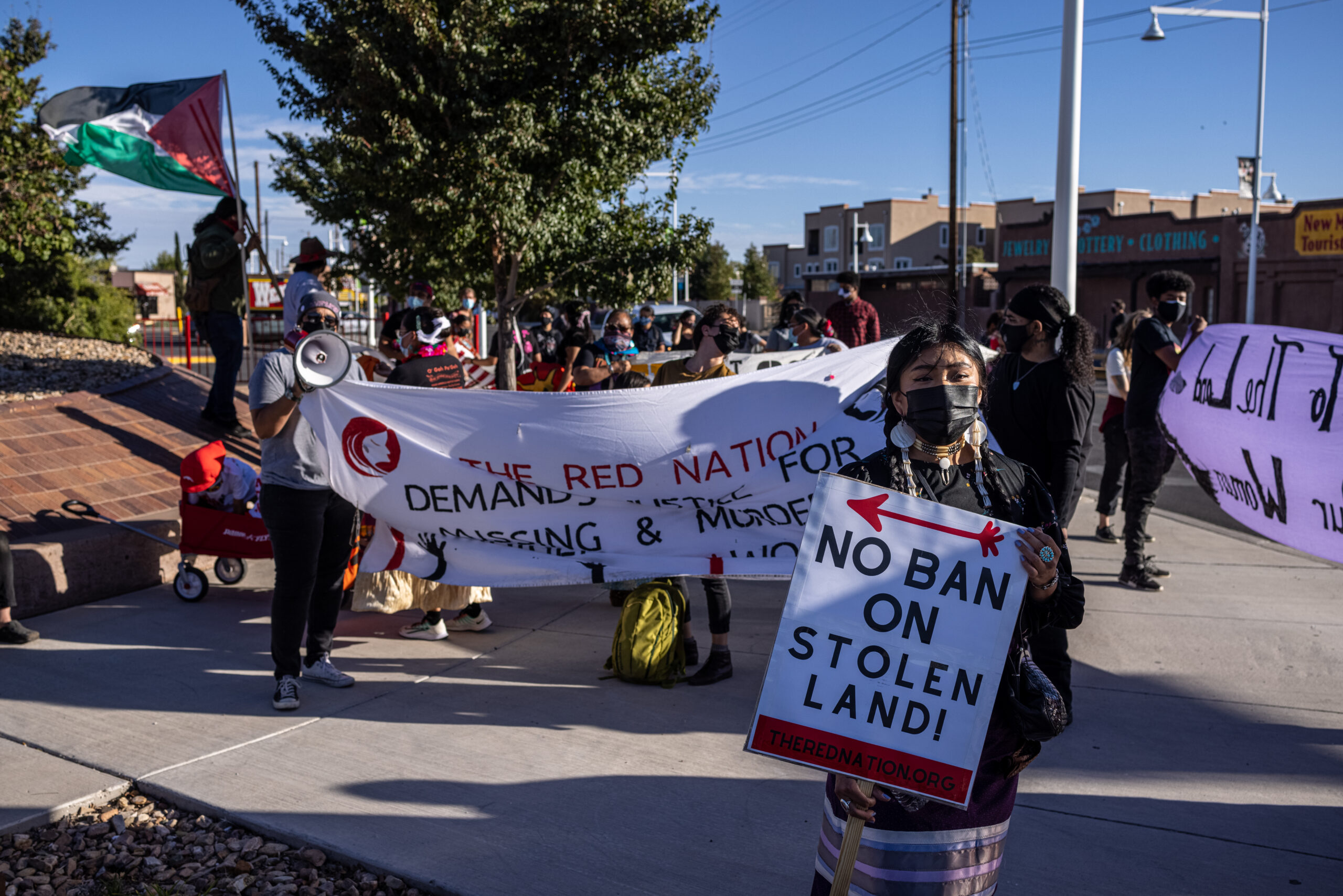 The march coalesced near Lomas in the evening on Monday, Oct. 11.
“The Indians are still here,” said Malachi Daw (not pictured). “So many Indians are here. So many Native Americans, we’d like to be called if you’re not Native American. We came to a drum, so many nations, everybody being here in the circle. It’s just we realize ourselves into each other, that we’re alive, but the fight is not over. But we’re here, and we’re making a difference.”
(Photo by Sharon Chischilly for Source NM) 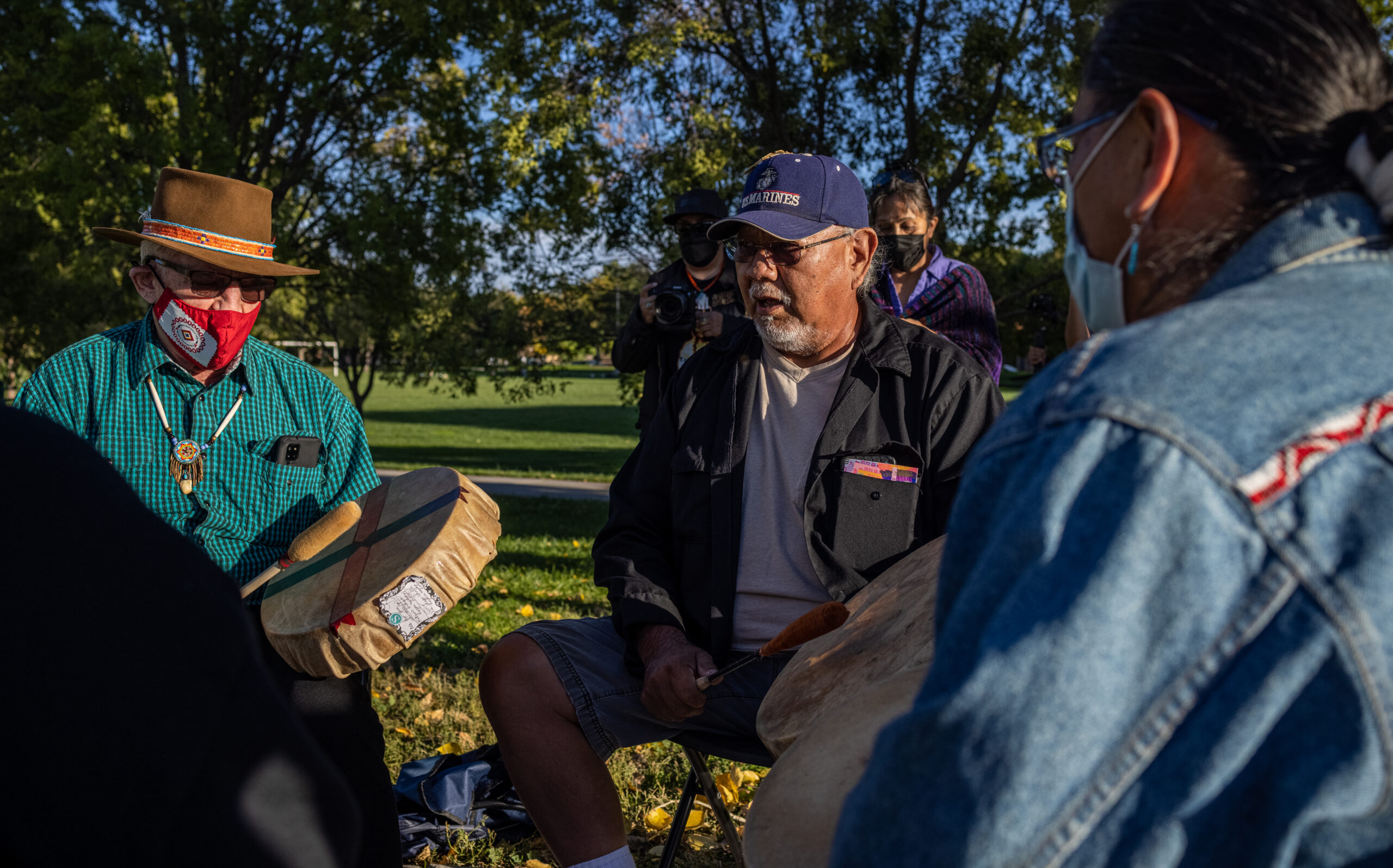 Wally Baldwin (right) and Ronnie Thiesz (left) perform songs ahead of the speeches during the Red Nation rally at Tiguex Park in Albuquerque on Monday, Oct. 11, 2021. Baldwin (Diné) said he’s finally noticing more people pay attention and show interest in learning about Native Americans and their issues. “We’re finally starting to stand up on our own,” he said. Baldwin said technology and the internet are providing awareness and bringing people together. He’s also recognizing the place his drum group has in sharing songs, stories and history. “A lot of the songs that we sing pertain to exactly what is going on today and talks about the struggles that we went through and about how we got better and so on,” he said “We got elder songs. We got memorial songs. We got encouragement songs. We’ve got all kinds of songs that we that we sing for the people.” (Photo by Sharon Chischilly for Source NM) 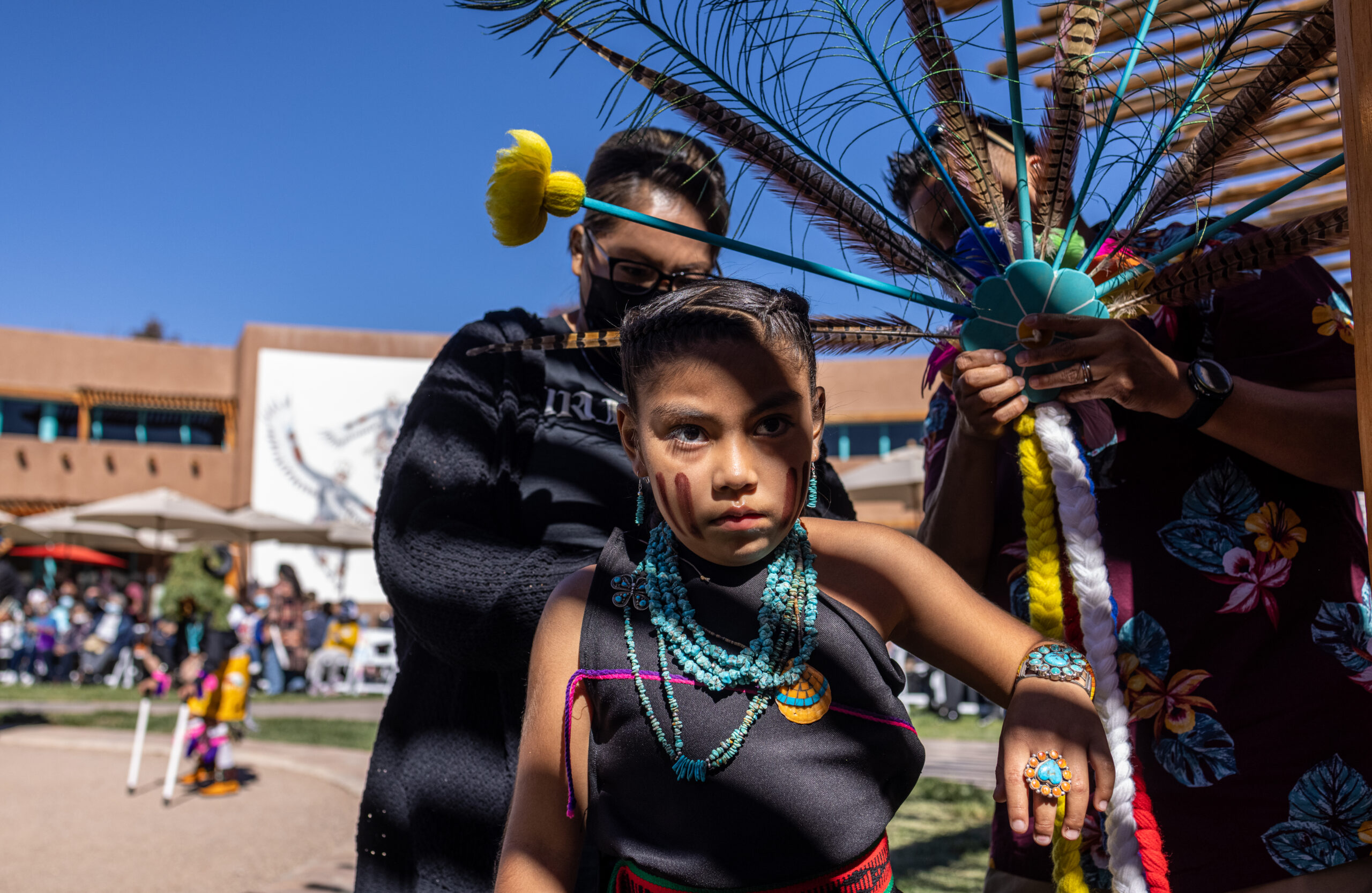 Traditions shared with visitors from across the world are the centerpiece of the Indian Pueblo Cultural Center. The center also about sharing the culture with family so the next generation can continue the path. Jonah Chino (Acoma) is already seeing some of the youngest in her family yearning to carry on the songs and dances the older members shared. (Photo by Sharon Chischilly for Source NM) 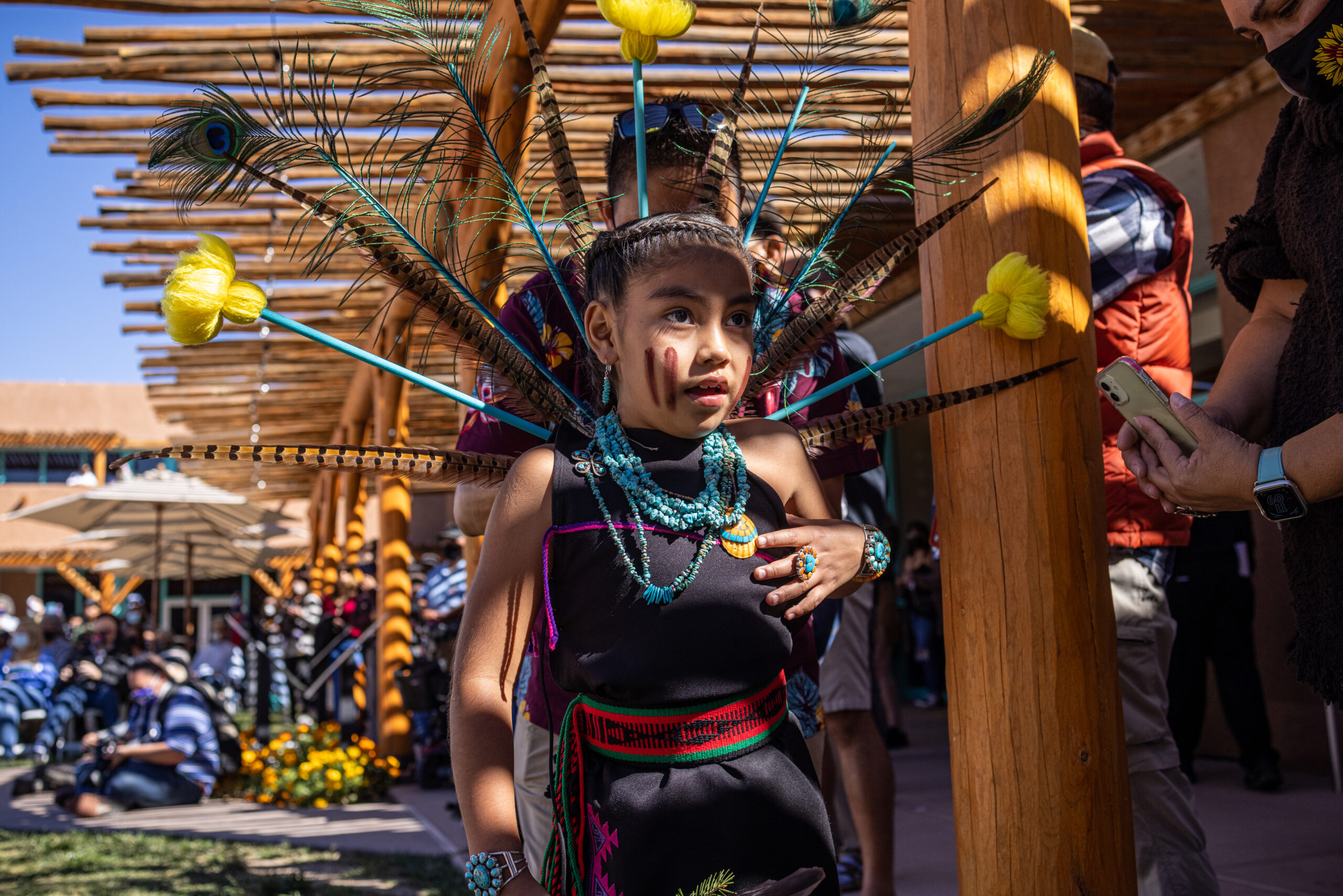 Jonah Chino was there to also get the daughter Kailani Mariano ready to perform with the group. “Seeing her perform and wanting to do this and wanting to take part in our religious activities or even in our social dances that we have makes me feel good as a mother,” she said. “To teach her and to teach her young, to teach her what I know.” As the Sky City Buffalo Ram Dancers performed for guests at the cultural center, one future member was seen on the side keeping up with the beat — Chino’s 2-year-old niece Tina Martinez. “She watches the girls, and she knows the drum lead, and she knows some of the moves, you know. She tries to do it. So just by watching and listening she learns a lot,” Chino said. (Photo by Sharon Chischilly for Source NM) 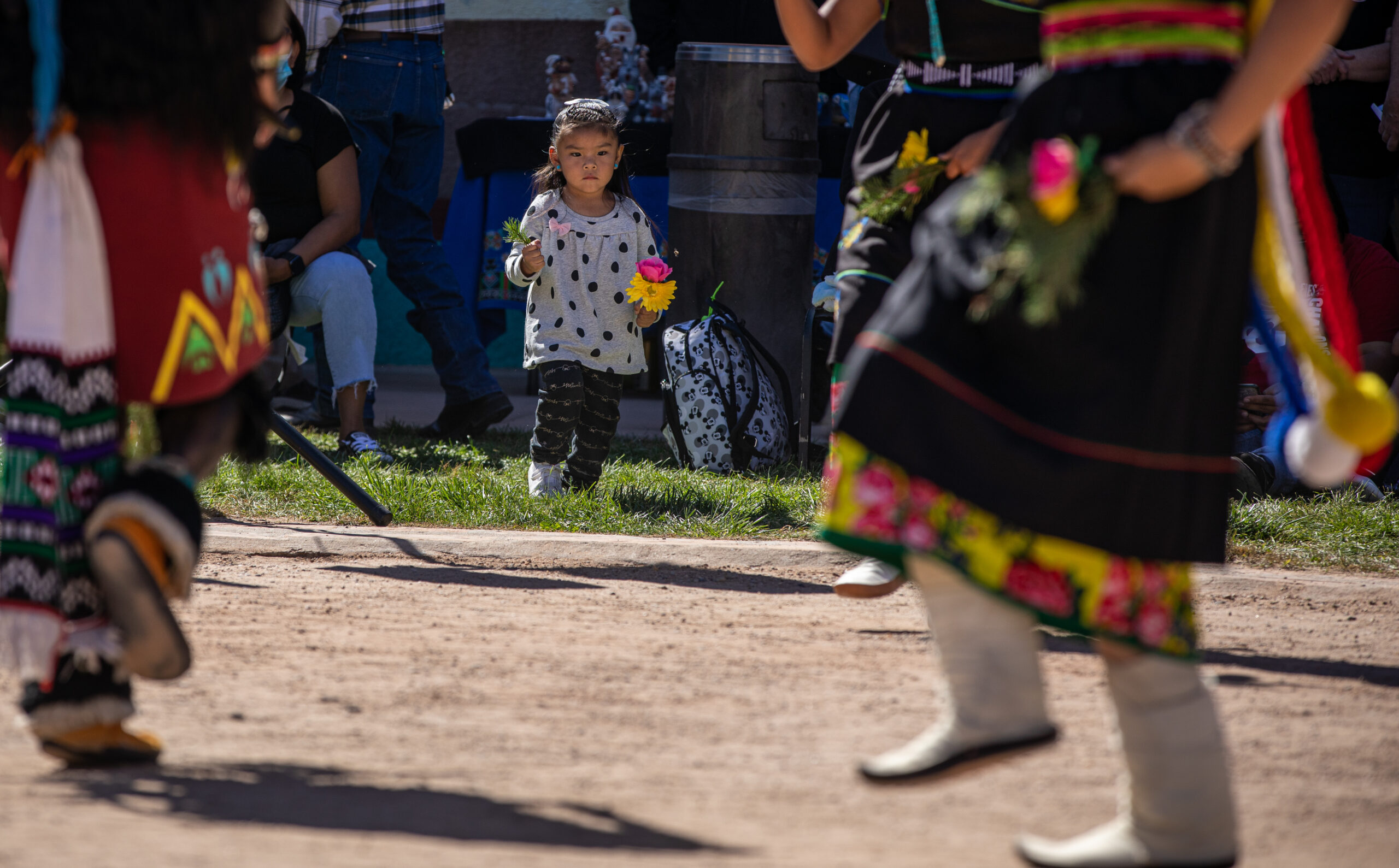 It’s a family affair, and one that Jonah Chino hopes to see continue. “I grew up with my grandparents, and I was taught a lot by them … So I want to share that with my kids, my daughter and my son and my nephews and nieces, because we’re all one family in the group.” Next step, find the bright green material Tina requested for her dress so she can begin officially dancing with her cousins. “I know she’s a little shy to actually get out there, so we’ll just give her time, but I know eventually she’s gonna be in the group.” (Photo by Sharon Chischilly for Source NM) 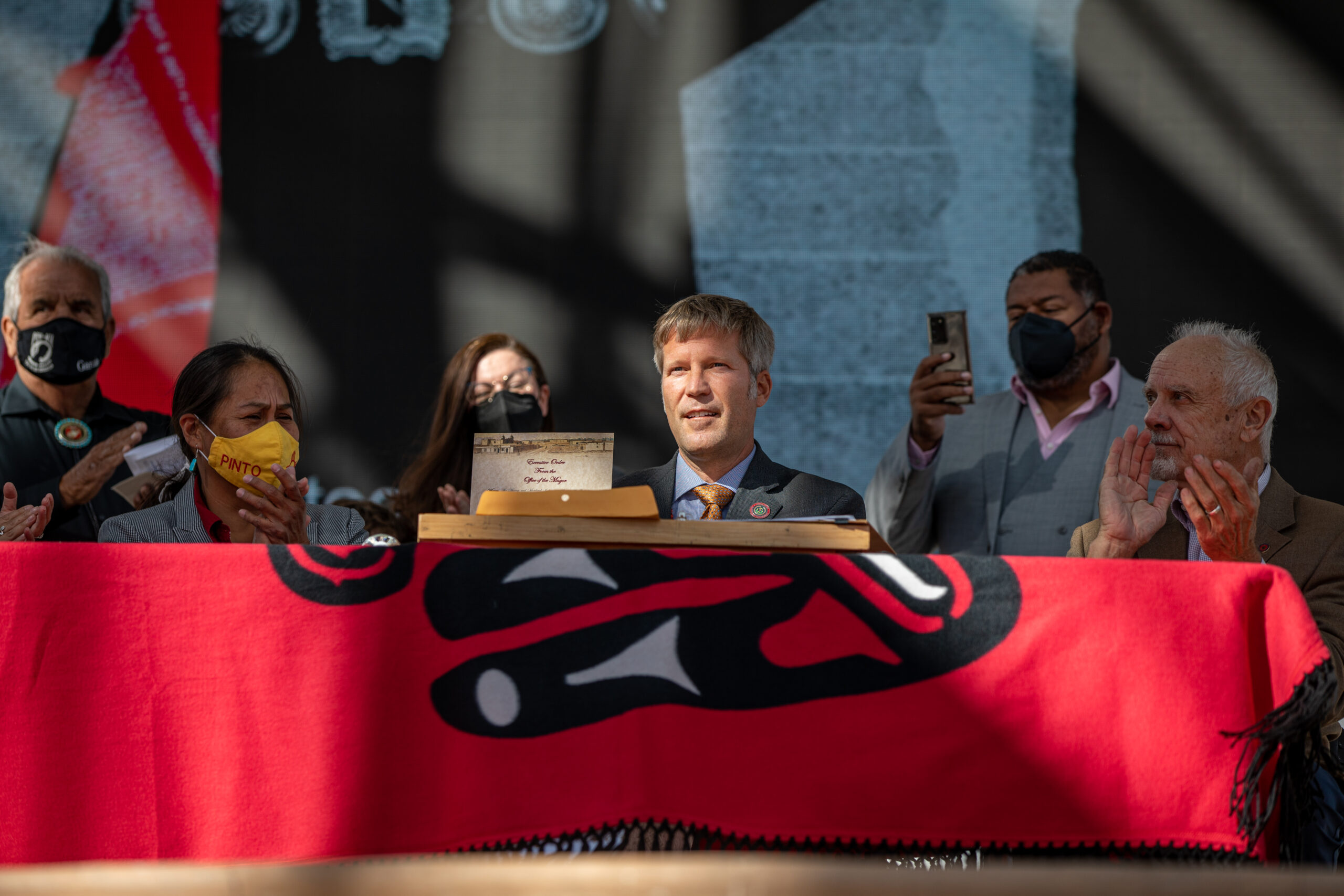 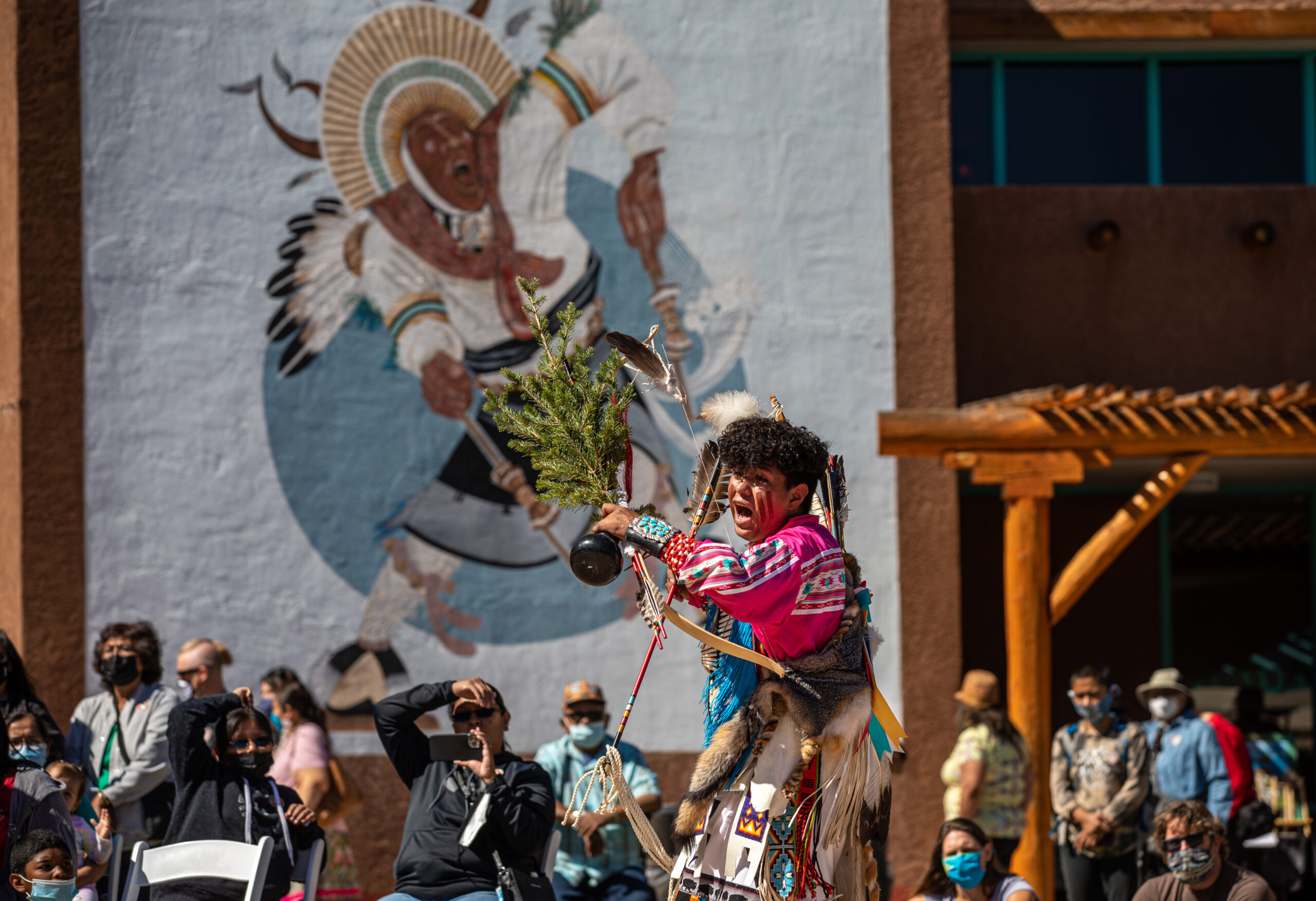 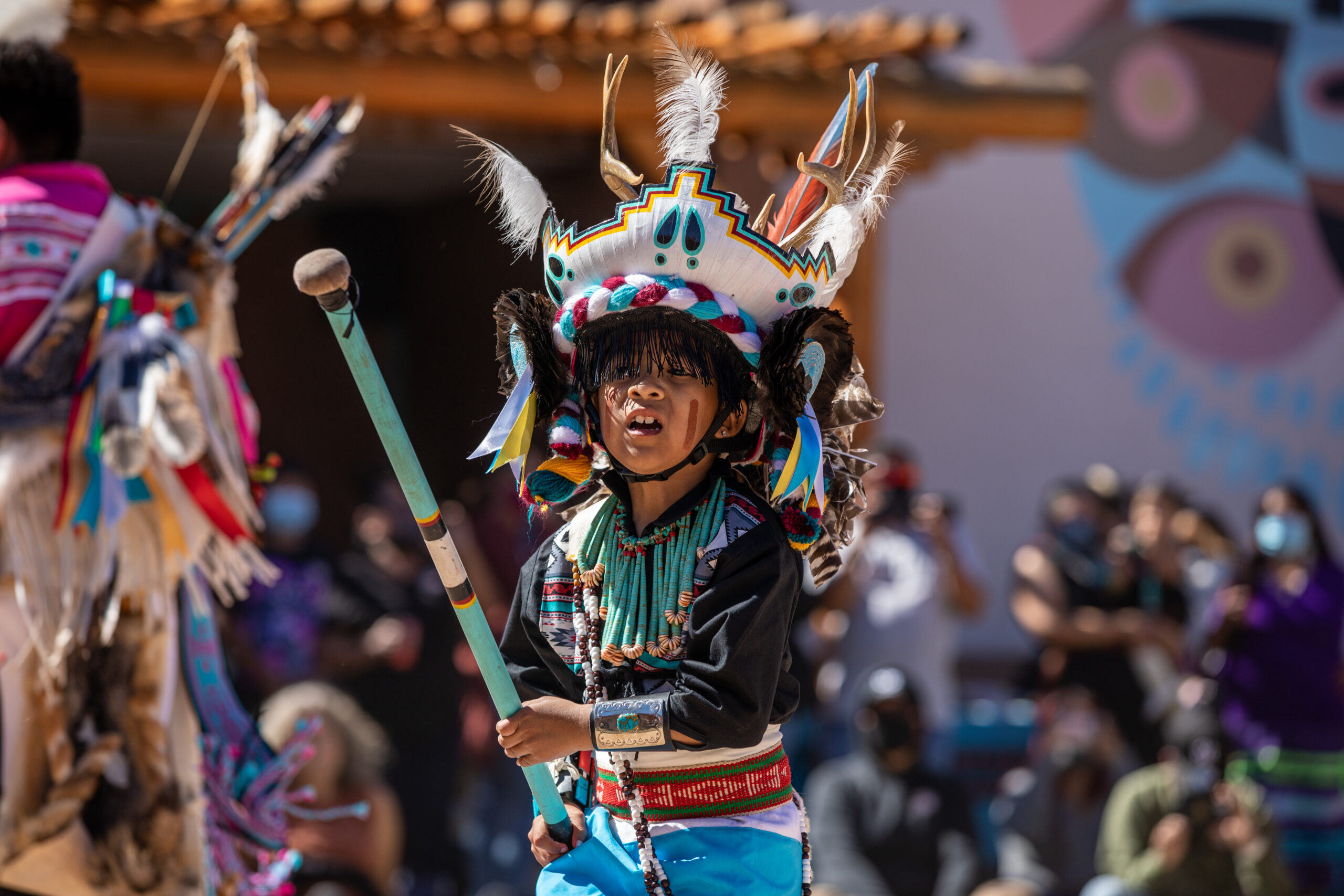 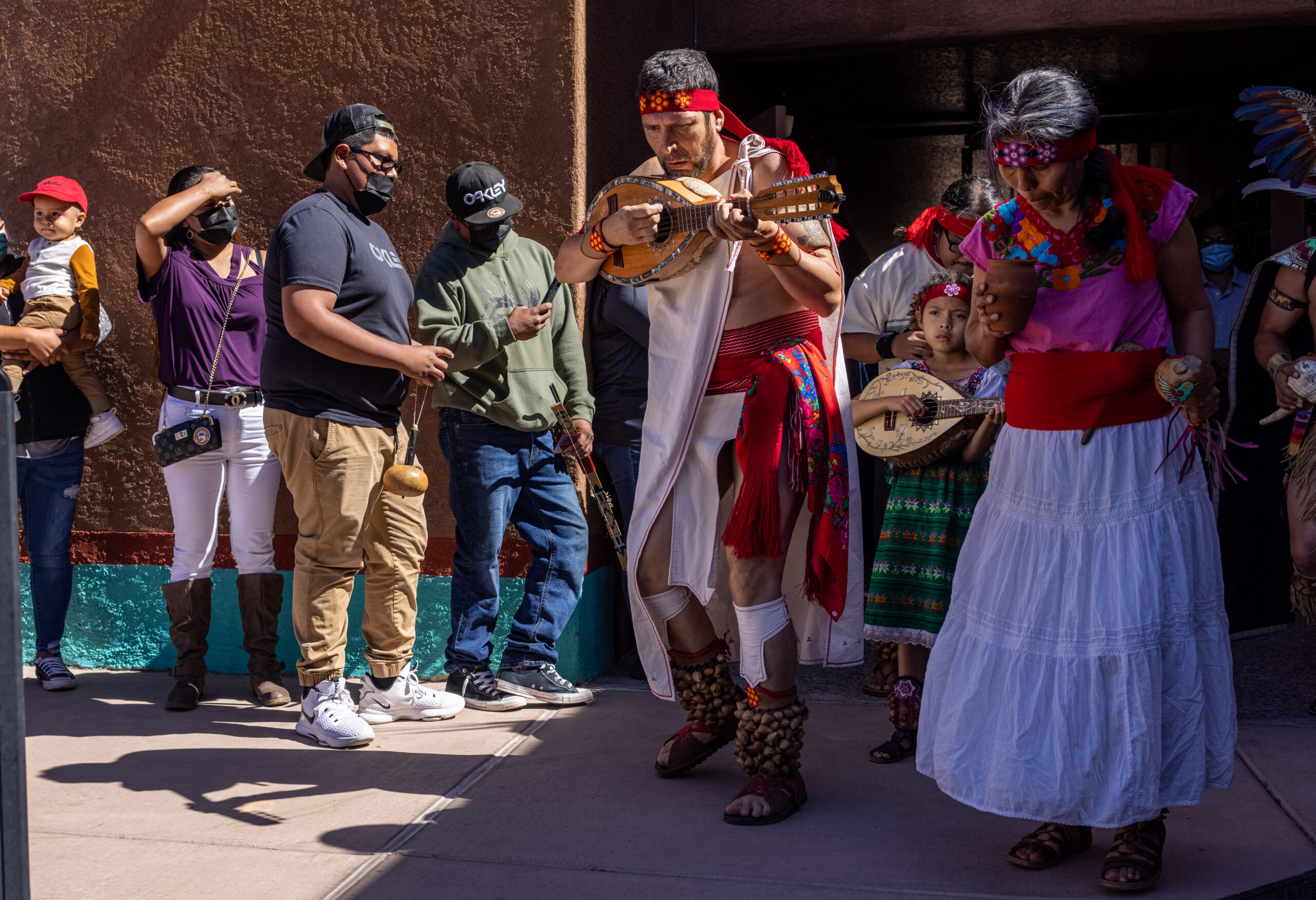 The Calpulli Tlacayotl (Chichimeca Mexica Azteca) step out to perform traditional songs and dances at the Indian Pueblo Cultural Center during Indigenous Peoples’ Day in Albuquerque. (Photo by Sharon Chischilly for Source NM) 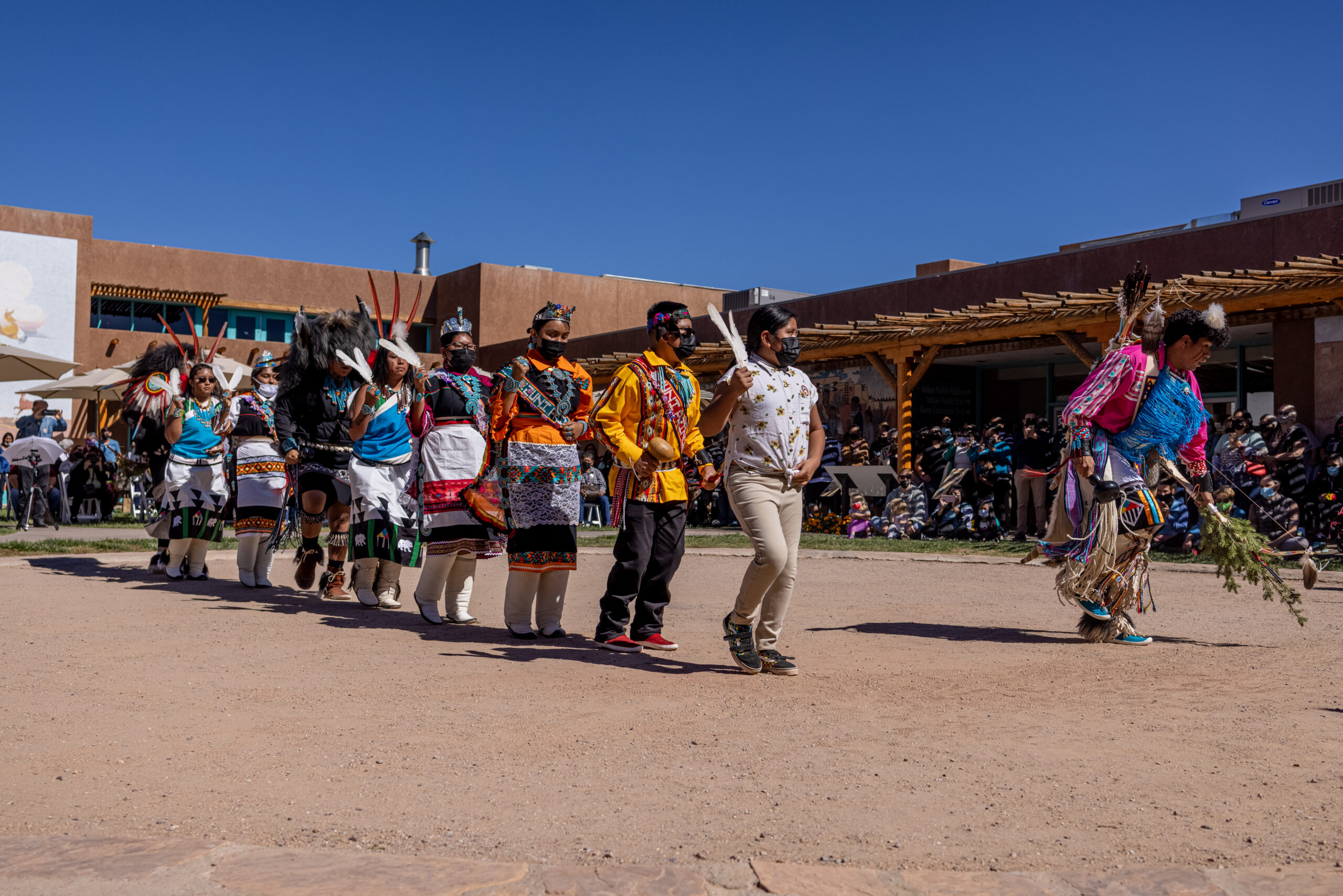 The Anshe Ko’hanna Dance Group performs for visitors at the Indian Pueblo Cultural Center during the Indigenous Peoples’ Day event in Albuquerque. (Photo by Sharon Chischilly for Source NM) 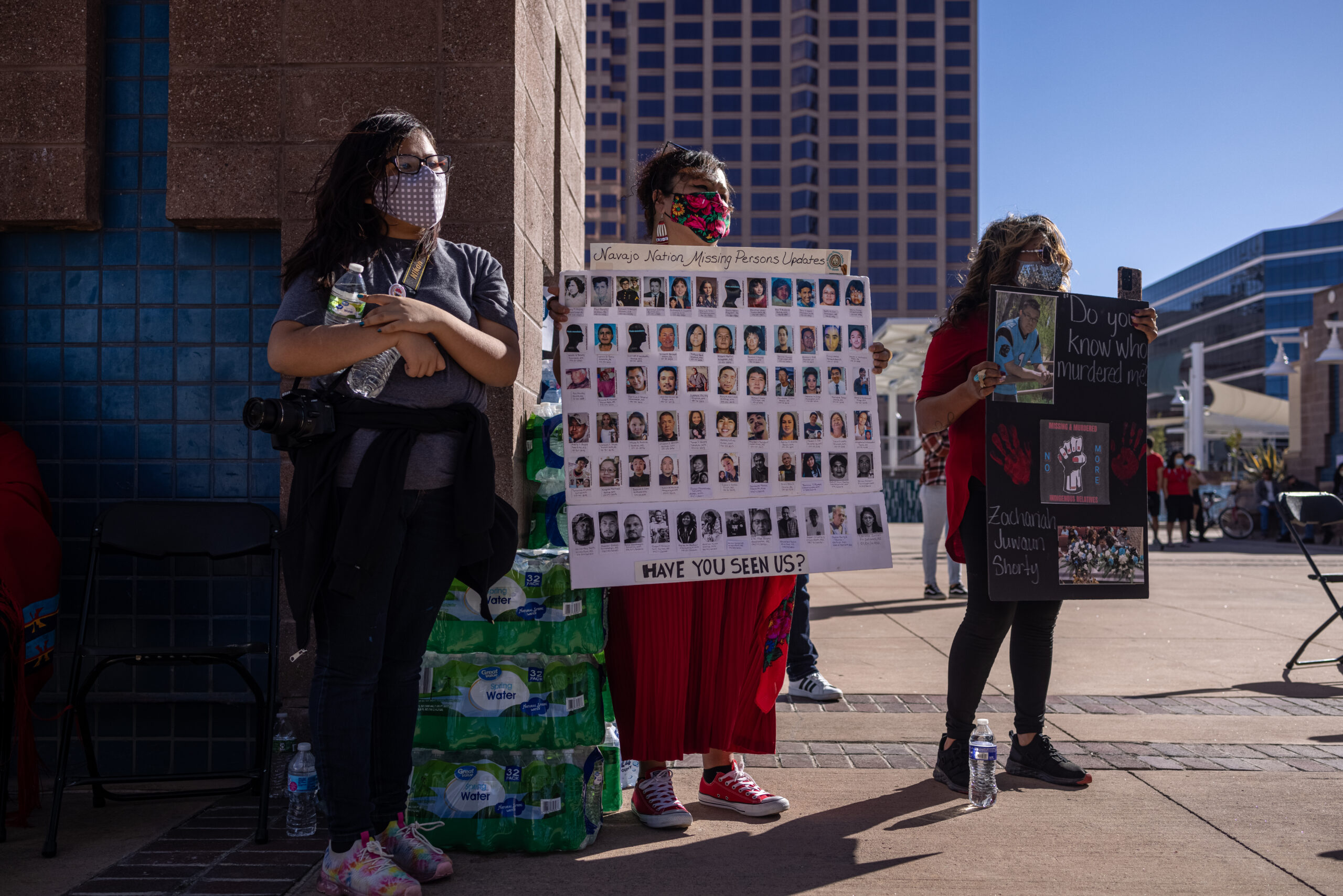 Signs show missing or murdered Indigenous relatives during the event hosted by the City of Albuquerque in Downtown. (Photo by Sharon Chischilly for Source NM) 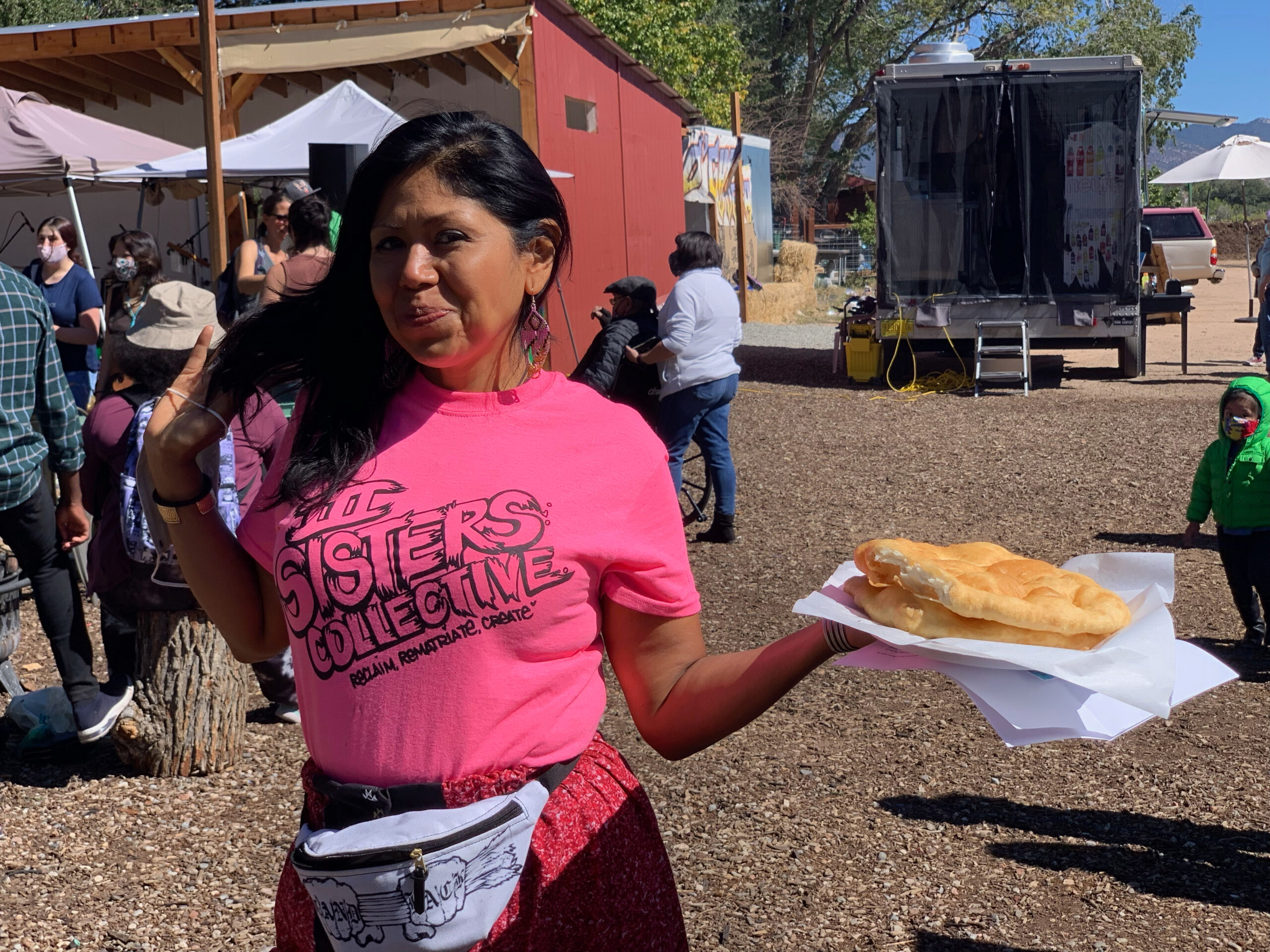 Dr. Christina M. Castro (Jemez / Taos) couldn’t hold back tears when talking about what it felt like to finally gather to celebrate Indigenous people. When she collected her thoughts, she described today as one to begin mobilizing for a future for Indigenous people that transcends colonialism, white supremacy and the structures that have been imposed on them through centuries of oppression. She organized the event, one focused on Indigenous excellence, to celebrate talent and beauty. Indigenous excellence comes from being forced to navigate Western culture while also reconnecting with traditions and history, she said. It requires Indigenous people to work twice as hard as White people. “That actually builds excellence and resilience,” she said. “In light of all the oppression that was used against us, we’re still beautiful.” (Photo by Patrick Lohmann / Source NM) 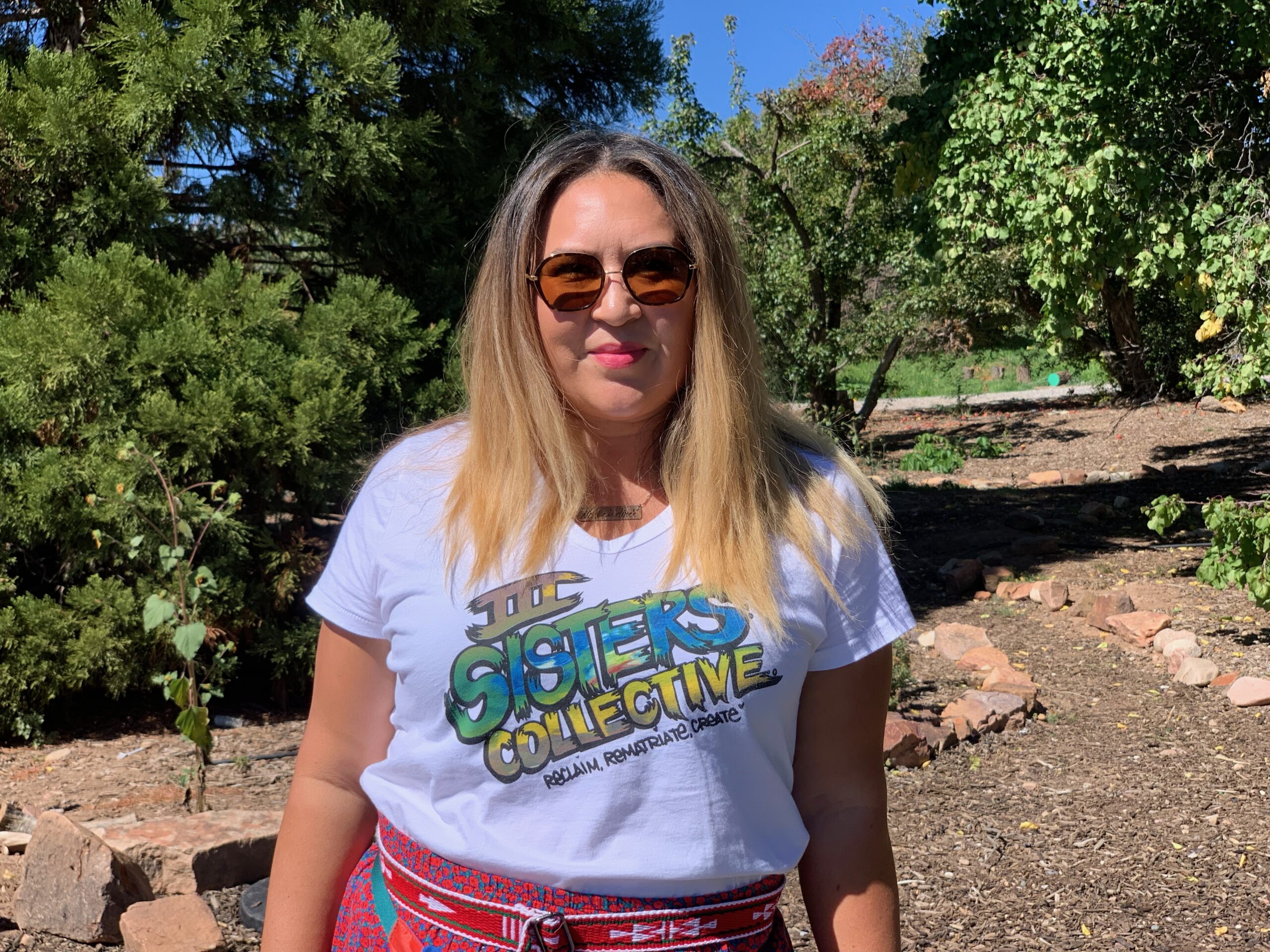 Carrie Wood said she remembers coloring in drawings of Columbus’ ship when she was a kid in school. Today, her kids aged 5 and 9 have the day off for Indigenous Peoples’ Day. “It was a long time coming,” she said. She credits Indigenous community members for the progress and the recognition, she said — not politicians or government officials. “If we don’t do it, then it doesn’t exist,” she said. She said it’s beautiful that now her children will only know this day as one of celebration for people like them. “They’re go to grow up in a world where this is normal, where Indigenous Peoples’ Day always existed,” she said. (Photo by Patrick Lohmann / Source NM) 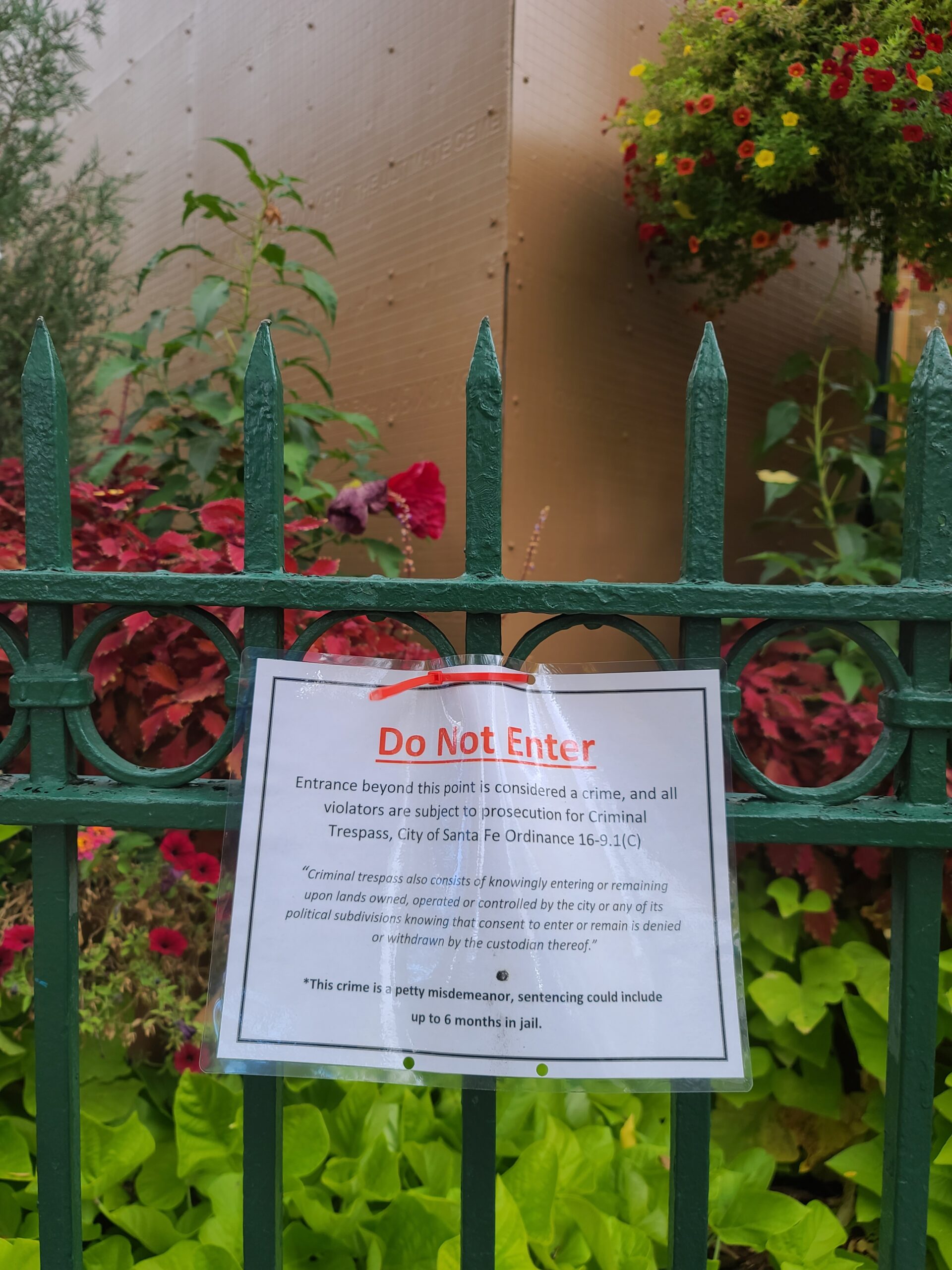 A Santa Fe police notice threatening jail time for anyone who might try to climb into the space where the Soldiers’ Monument once stood at the Santa Fe Plaza hangs on a fence on Saturday, Oct. 9. Protesters tore down the obelisk portion of the monument a year ago on Oct. 12, 2020. (Photo by Austin Fisher / Source NM) 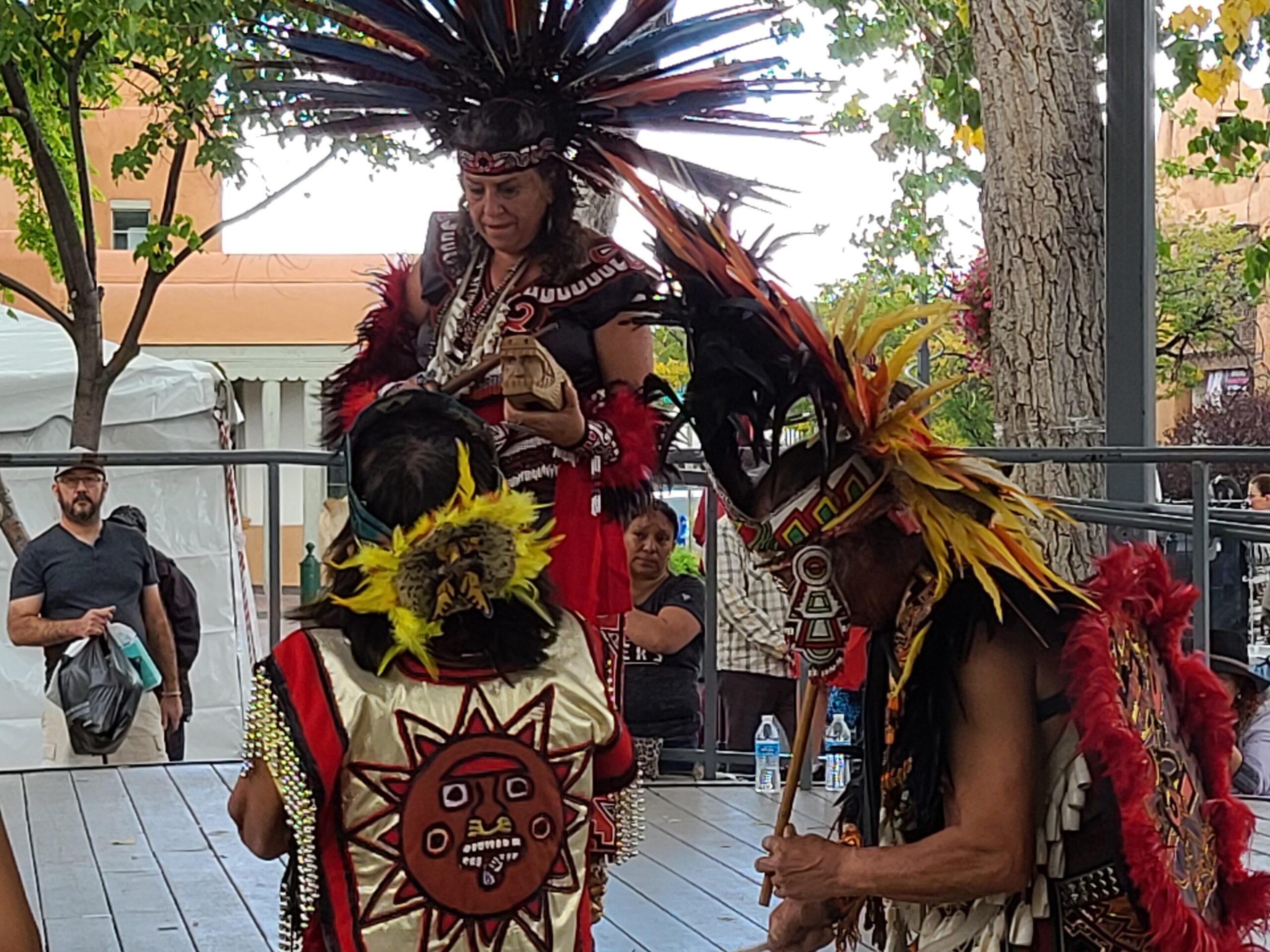 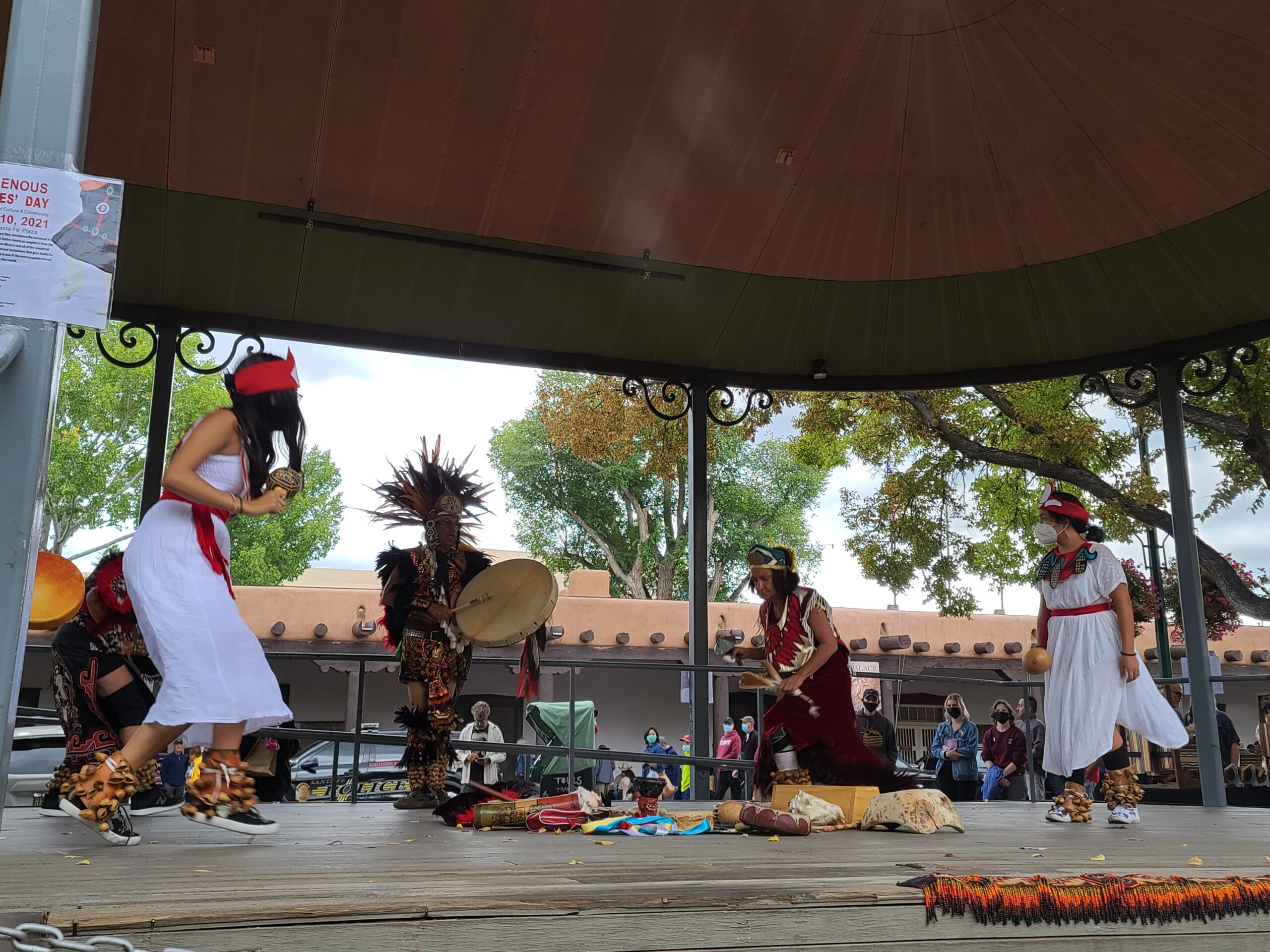 Crowds gathered at the plaza throughout the weekend to see performances by dancers like Danza Azteca de Anahuac from Tribes across what is now called New Mexico. (Photo by Austin Fisher / Source NM) 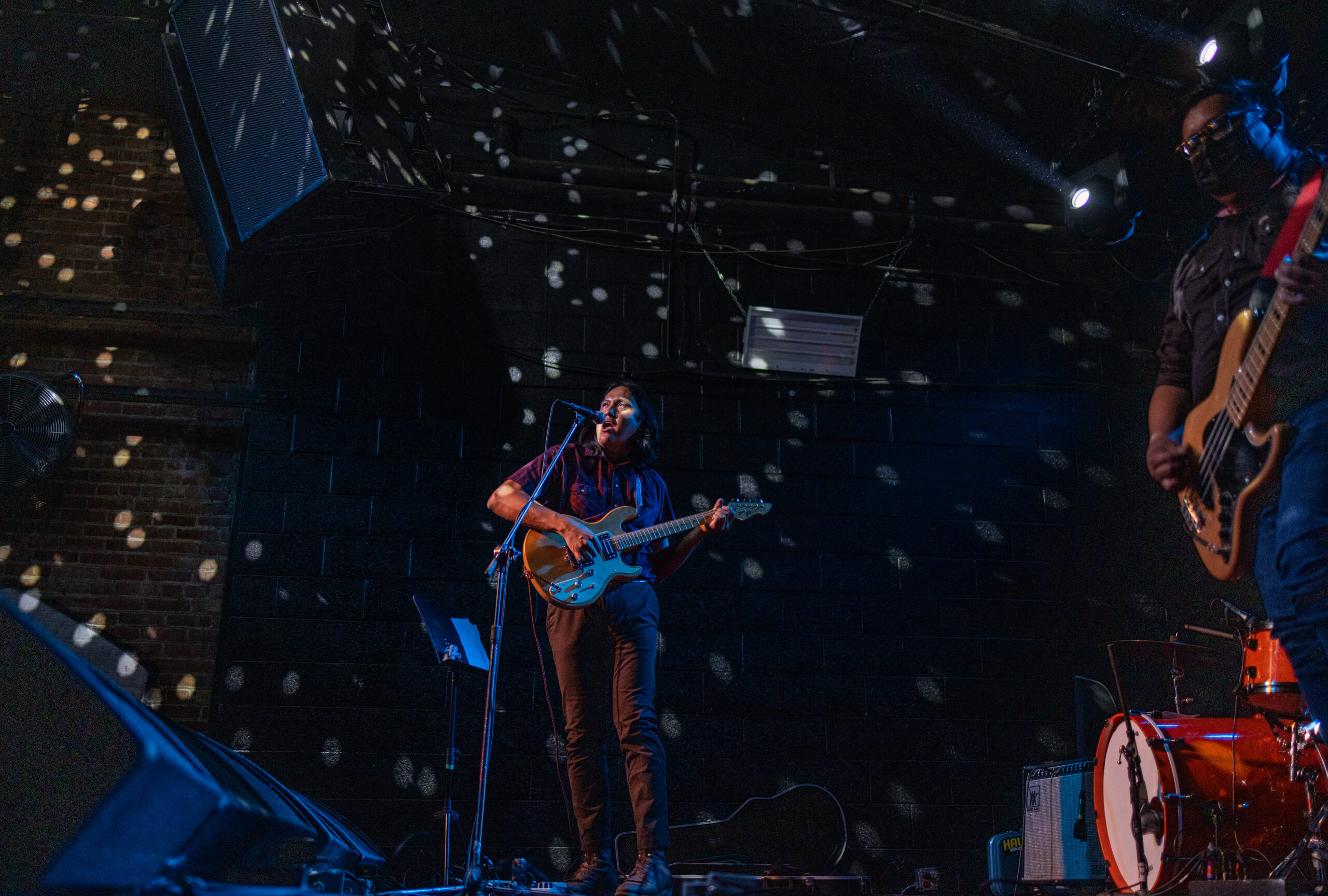 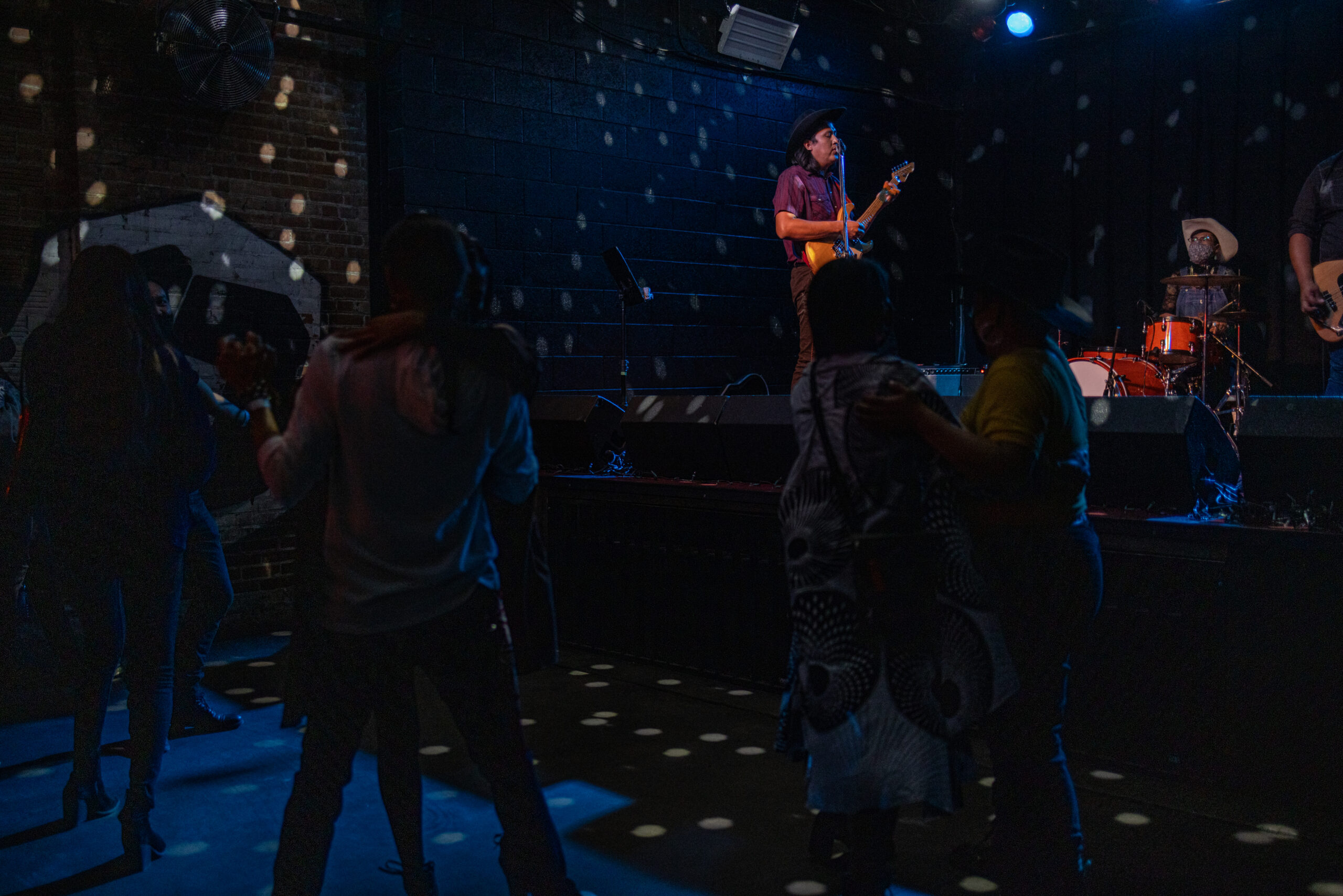 The audience dances to country music during a show by Midnight Stew Monday evening at Launchpad in Albuquerque. (Photo by Sharon Chischilly for Source NM)