A musical about gonzo journalist Hunter S. Thompson, a new play starring Broadway and film star Matthew Broderick and a biography on the life and times of tennis icon Billie Jean King are among the shows announced Wednesday, Nov. 30, as part of La Jolla Playhouse’s 2023-24 season.

The six-show season will also include a dance theater piece about living with autism spectrum disorder and a drama about the culture of sumo wrestling subscription, as well as a final show that has yet to be announced. Before the season kicks off next spring, the Playhouse’s annual site-specific Without Walls Festival will also return at a new location, the bayside Rady Shell at Jacobs Park April 27-30.

Billie Jean King raises her hands in triumph over Bobby Riggs in their famous “battle of the sexes” tennis match in Houston in 1973.

In keeping with the Playhouse’s mission to champion new work, all five of the productions announced so far are world premieres. Christopher Ashley, the Playhouse’s Tony Award-winning director, said the season celebrates the “transformative power of theater to explore potent undercurrents in our society.” 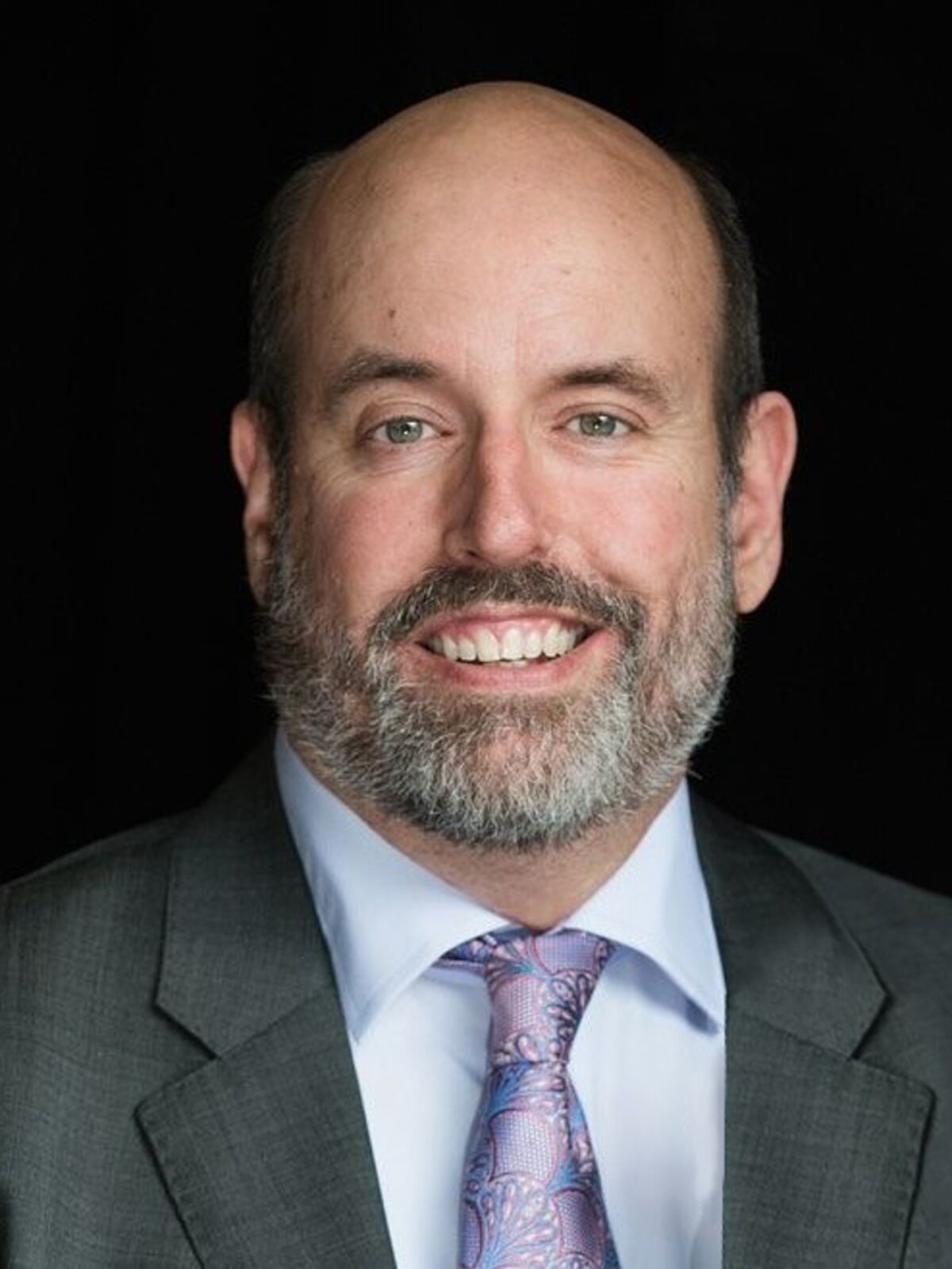 “Whether rooted in the ‘now’ or transporting us to a past that looks very much like our present, these five new works feature bold characters who possess uncommon talent, vision and courage, while never failing to shed new insights and perspectives into our own world,” Ashley said in a statement.

The sixth season production and full show dates will be announced soon. Subscriptions for the 2023-24 season are now on sale at lajollaplayhouse.org. Here’s the season lineup: 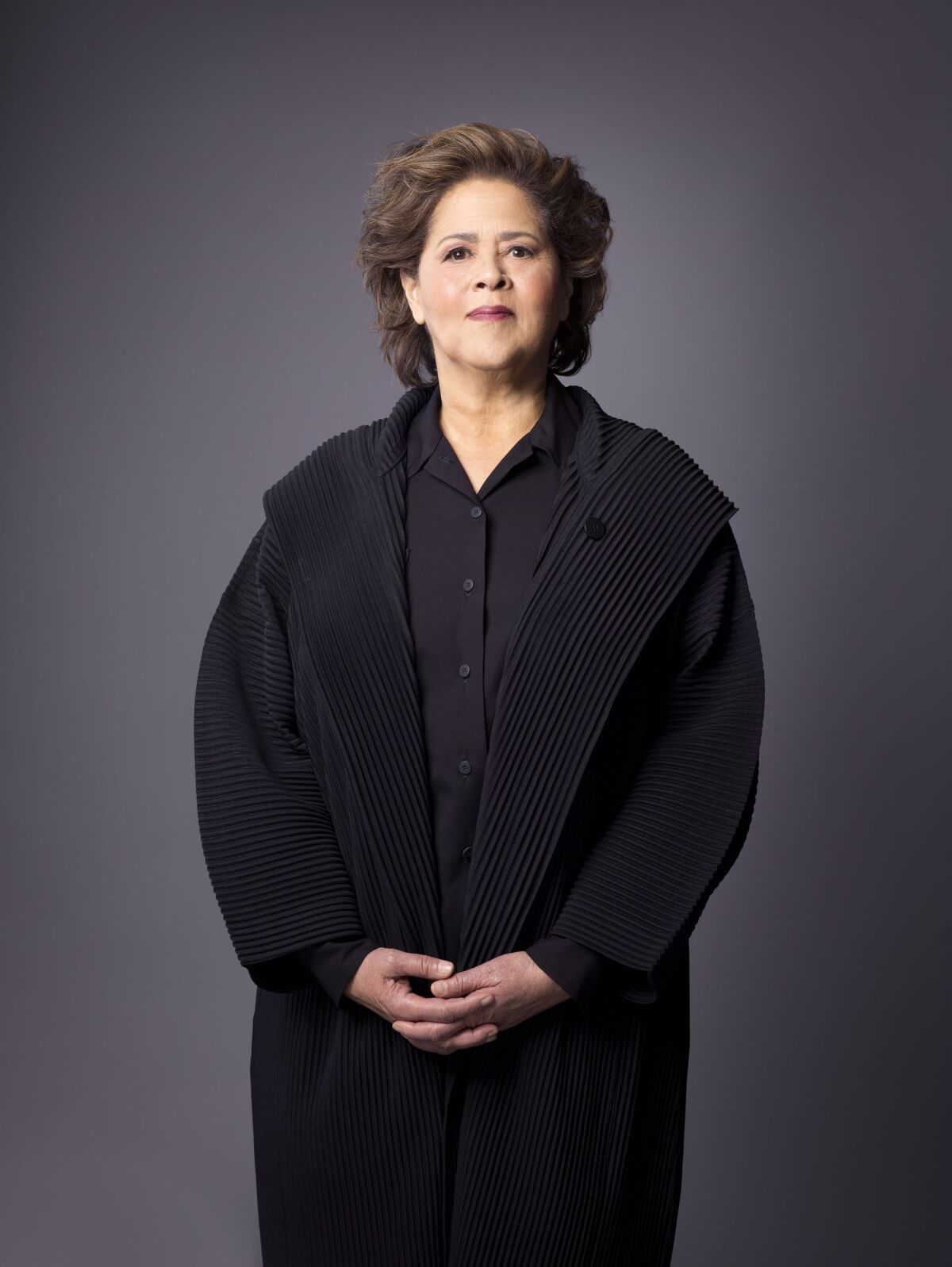 “Love All” by Anna Deavere Smith: The Tony-nominated playwright of “Twilight: Los Angeles, 1992″ will present this new play about the triumphant rise of trailblazing tennis icon and social justice pioneer Billie Jean King. Marc Bruni (director of “ Beautiful: The Carol King Musical”) will direct this biographical play, which follows the rise of King against the backdrop of massive social change in the 1960s and ’70s. June-July 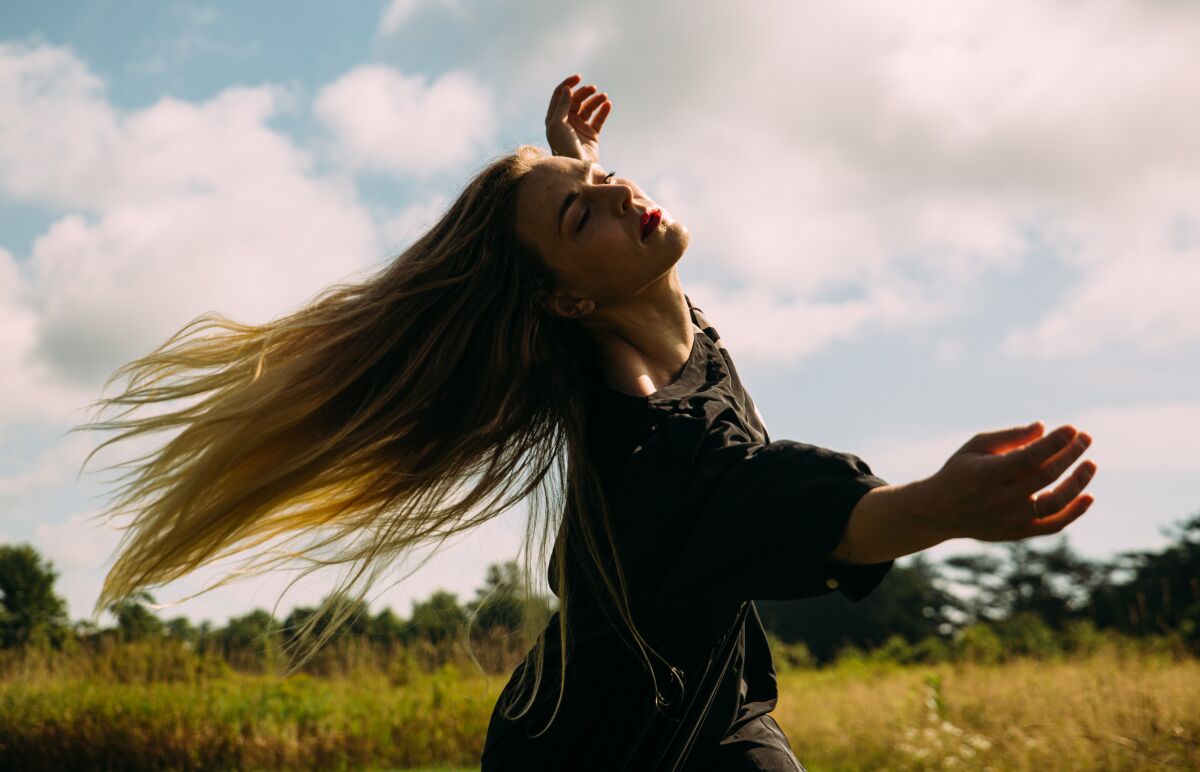 Dancer-choreographer Jenn Freeman stars in “Is It Thursday Yet?” at La Jolla playhouse in 2023.

“Is It Thursday Yet?” by Jenn Freeman: New York dancer-choreographer Jenn Freeman co-created and co-choreographed with Sonya Tayeh this new dance theater piece inspired by Freeman’s 2021 diagnosis with autism spectrum disorder, at the age of 33. Dancing with original live music by Holland Andrews and home video footage, Freeman will explore through movement how she has navigated an endless sea of ​​epiphanies over the past year in her desire to examine childhood memories through a new lens. Tayeh, who will direct the piece, is the Tony Award-winning choreographer of Broadway’s “Moulin Rouge.” July-August

“The Untitled Unauthorized Hunter S. Thompson Musical” by Joe Iconis and Gregory S. Moss: Playhouse artistic director Christopher Ashley will direct this rock ‘n’ roll musical about the life and times of the famed counterculture writer who founded the gonzo journalism movement, an unobjective style where the author inserts themself into the stories they cover. Thompson died by suicide in 2005. The musical is about an artist seeking greatness and coming to terms with his own legacy. Iconis (composer of “Be More Chill”) wrote the music and lyrics and co-wrote the book with Moss, whose plays include “Indian Summer,” “punkplay” and “I Promised Myself to Live Faster”: A Queer Space Opera in the decadent style. September-October 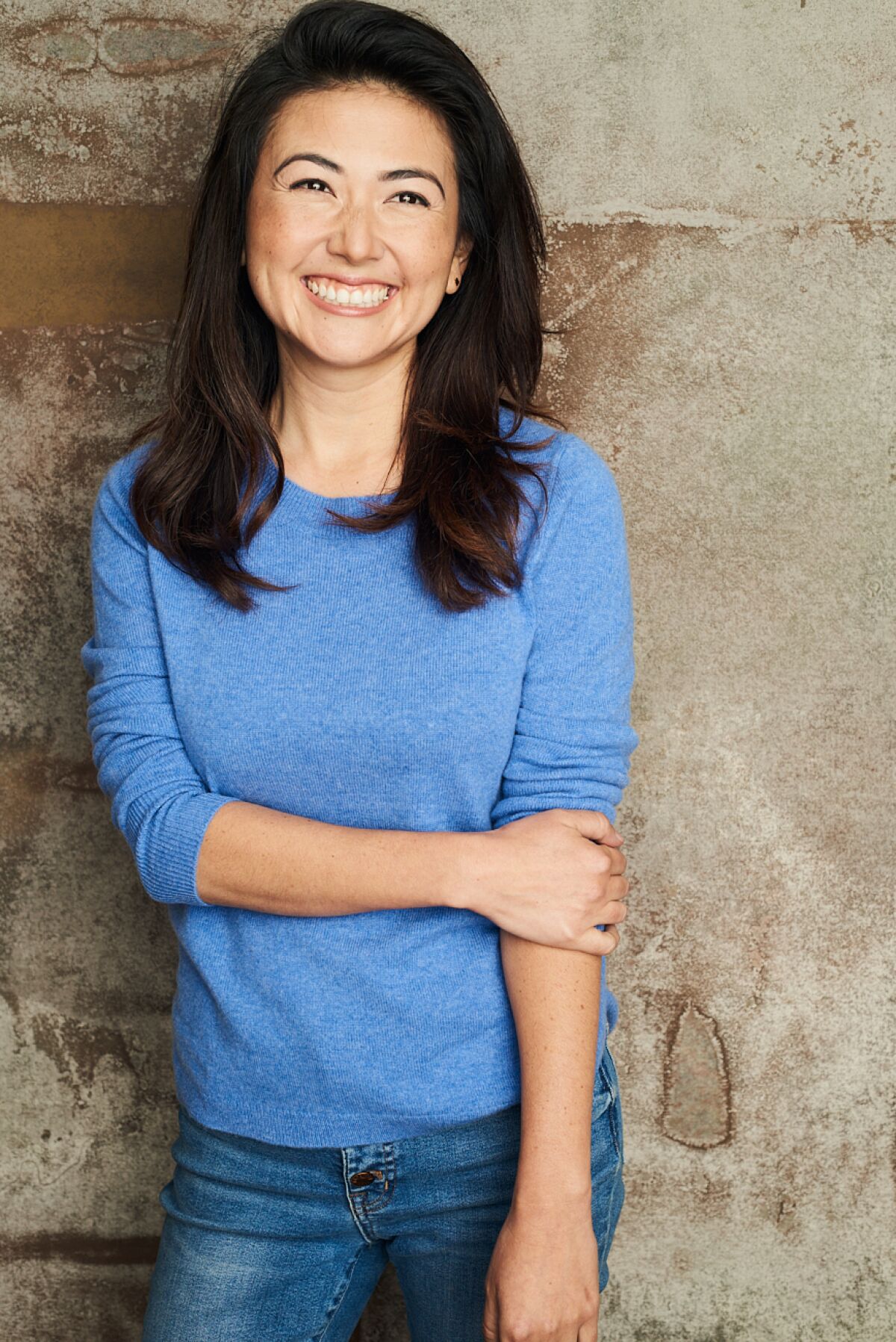 Lisa Sanaye Dring, the playwright of “Sumo,” which makes its world premiere at La Jolla Playhouse in September 2023.

“Sumo” by Lisa Sanaye Dring: First presented last year in the Playhouse’s 2021 DNA New Work Series, this is the story of six men living, eating, playing and wrestling together at an elite sumo wrestling center in Tokyo. Ambitious young newcomer Akio butts heads with his fellow wrestlers, including Mitsuo, the highest-ranked fighter. The play will feature live taiko drumming. “Sumo” will be directed by Ralph B. Peña, artistic director of Ma-Yi Theater Company, an off-Broadway nonprofit dedicated to developing and producing new plays by Asian American writers. Ma-Yi is co-producer on the project September-October 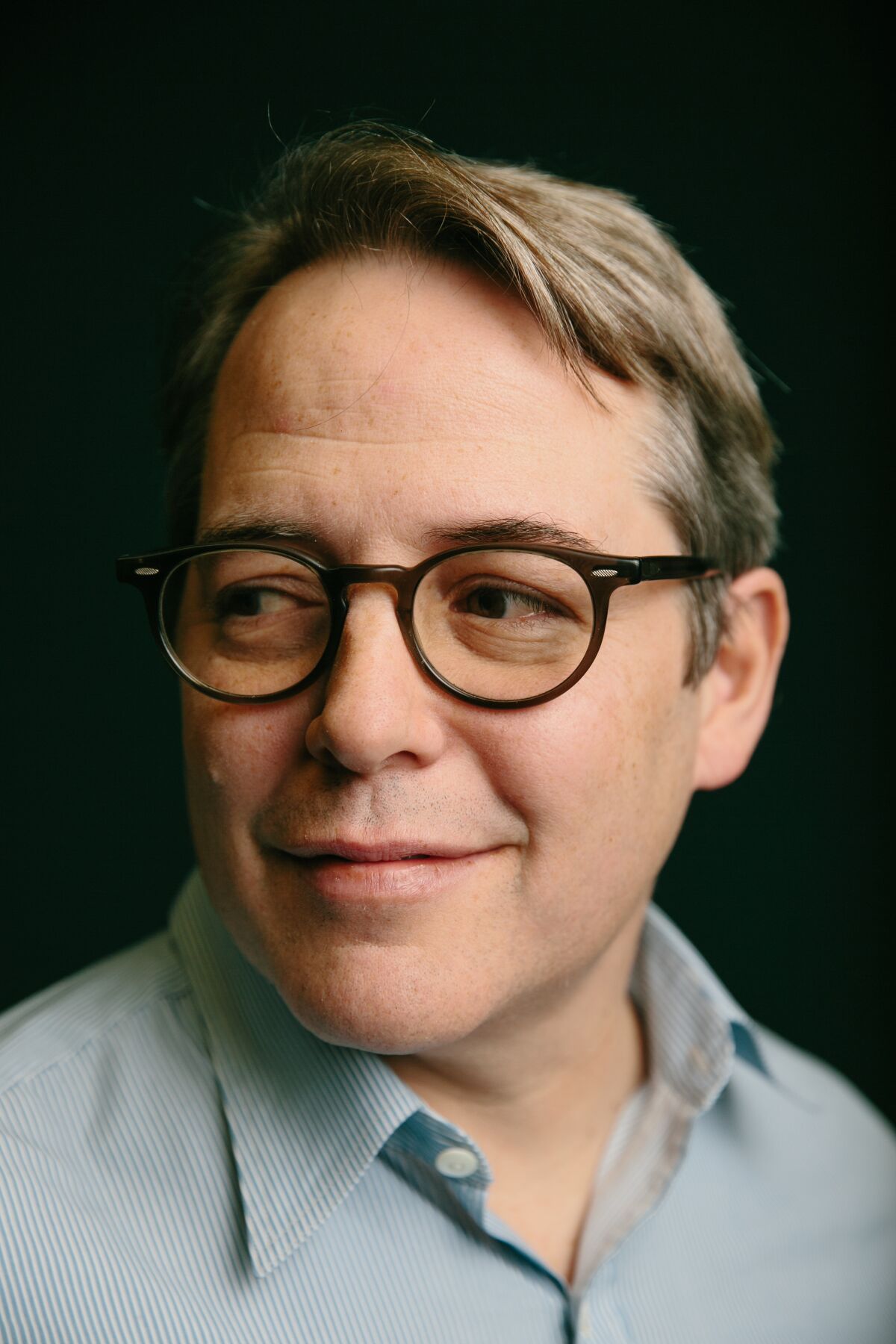 Matthew Broderick plans to star in “Babbitt” at La Jolla Playhouse in November 2023.

“Babbitt” by Joe DiPietro: Making his first trip back to the Playhouse since the pre-Broadway tryout of “How to Succeed in Business Without Really Trying,” stage and screen star Matthew Broderick will star in this stage adaptation of the 1922 satiric novel by Sinclair Lewis. Broderick will play George F. Babbitt, a middle-aged real estate broker in the Midwest who becomes disillusioned with the conservative materialism of his middle-class life. Playhouse artistic director Christopher Ashley will direct. Ashley and playwright DiPietro last teamed up on the Tony Award-winning musical “Memphis,” which made its world premiere at La Jolla Playhouse in November-December 2008