Historically, many leadership positions, including Speaker of the Navajo Nation Council have been held by men.

Crystalyne Curley is changing that path.

On Monday, the Navajo Nation 25th Council voted to make Curley the first woman to hold the speaker position in the tribal government’s legislative body. She will hold the position for two years.

Curley said she attended her first Council session in the third grade, and grew up in the legislative chambers she now controls.

“It hasn’t completely sunk in,” Curley said in an interview with Source NM. “It’s just the shock of it and knowing that my colleagues and the delegates are ready for that next step in history. Just knowing that they support us women, us sisters, a mother, a grandmother, it’s just overwhelming.”

Curley’s selection is the latest development for Navajo Nation voters that approved historic changes in 2022. Richelle Montoya was voted in as the first woman to be the Navajo Nation Vice President to work in the executive branch with the youngest president ever elected, Buu Nygren. Nine women elected in November were sworn in with Curley on the first day of the Navajo Nation Council. There are 24 delegates total.

Curley began her career within the Navajo Nation government. She worked with the Council as a legislative district assistant and held the title of Miss Navajo from 2011 to 2012. She went on to work with the Speaker staff and more recently with the Office of the President and Vice President.

Shirleen Jumbo-Rintila, a member of Diné Sáanii For Justice, commended Curley’s win and said she looks forward to the changes the newly elected women will make during their terms.

“It’s historic, and it’s just amazing,” she said. “She’ll be representing my hometown in Many Farms.”

“We are a matrilineal society,” she said. “So the women are the dominant folks at home, and it should be also like that here with our government, too.”

She also touched on the importance of the Navajo Nation government changing with the new leadership.

“I think our Navajo people are ready for change and going back to our Navajo culture of how us women have that leadership long with love and caring and being knowledgeable,” Curley said. “not only within a homestead, but of a hogan too.”

Navajo Nation President Buu Nygren told Source NM it is important that positions like the speaker are held by Navajo women because change is needed.

Nygren said electing women in high government positions is something he campaigned on when he selected his running mate, who is a Navajo woman.

“To me it’s always very important because they are very thoughtful, organized, knowledgeable, powerful, all the things that are needed when it comes to having been raised by strong Navajo women,” Nygren said. 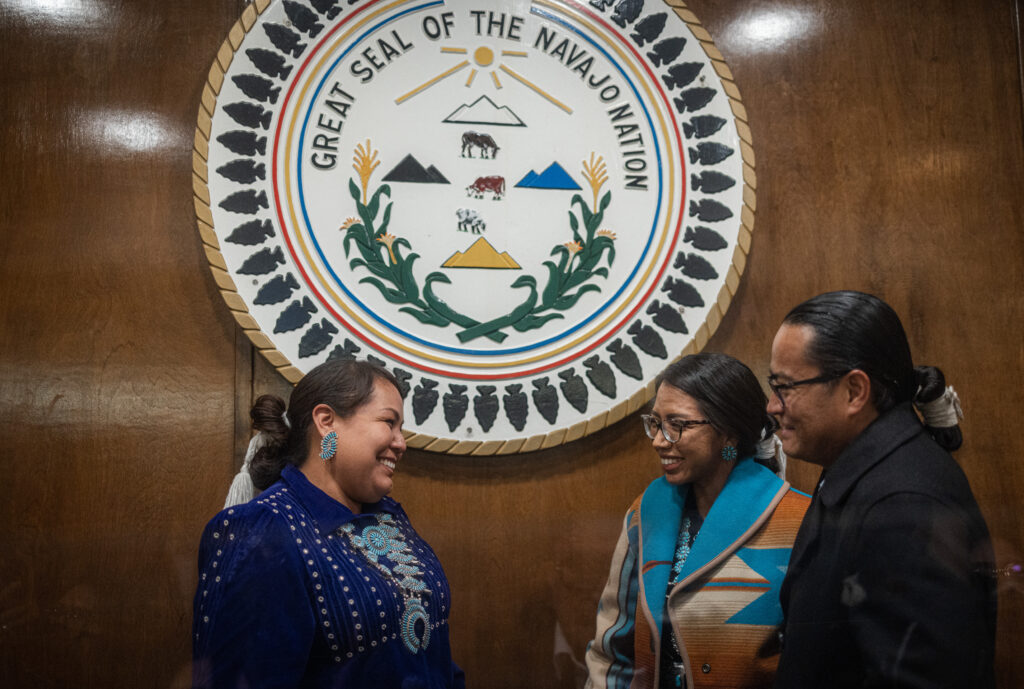 Curley plans to use her term to prioritize federal funding and projects important to colleagues in the Council, such as infrastructure, water, broadband and wastewater cleanup. She said she hopes to push past the tribal bureaucratic red tape surrounding these projects in order to get funding.

“All of those projects have a deadline of December in 2026, so one of my priorities is to really provide that technical assistance and resources for our chapters and for our communities to help push those projects over to the finish line,” she said.

“She talked about her stories of having no water, no electricity, and none of those things that aren’t available,” he said. “Definitely, I’m happy that we share the same values. I’m looking forward to working with a former classmate.”

The two newcomers attended Arizona State University together and would discuss ideas they had about the Navajo Nation government.

“Since going through college, we always talked about the disparities our Navajo government and our people lives through,” Curley said. “It’s just amazing to be here with him (Nygren) at the same time.”

Nygren also hopes that the speaker accomplishes collective work between the Council and his office, something she mentioned in her acceptance speech. 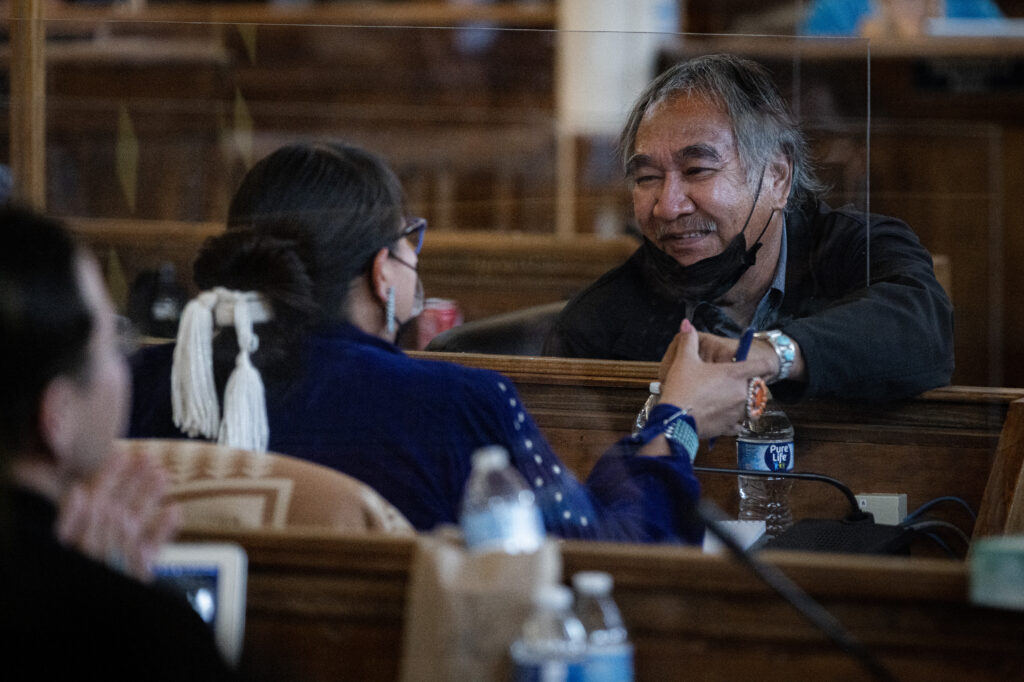 “I don’t think we’ve ever had partnership with the Council and the President’s Office over the past many terms,,” he laughed. “Over the past 12 years, it’s always been a battle. So one of the things I share with her, and I think she shares with me, is that we want to work together.”

Curley said she is willing to fight for the Navajo people during her term.

“I’m willing to, you know, fight for our children and our grandchildren, our grandparents,” she said. “And really bringing back that Hózhó back into the Navajo Nation government.”

Police search for suspect in attempted carjacking near UNM