NM demonstrators look for next steps in preserving abortion rights

The rains washed over Old Town Albuquerque and brought hundreds of people to Tiguex Park to share anger and grief at federal reproductive rights taken away earlier in the day by a Supreme Court ruling.

For some, the event was place to understand how the court’s ruling that overturns Roe v. Wade ends federal protection on abortion services and triggers bans or severe restrictions in 13 states over the coming weeks. But the ruling does not restrict abortion access in New Mexico.

In fact, people at the event said they want more from legislative leaders in Santa Fe to preserve abortion rights in New Mexico, including protections for patients who travel from areas where abortion is newly illegal or where access is restricted.

As the event was harnessed at times for the 2022 election cycle by New Mexico candidates who support abortion rights, people in the crowd like Adlemmy Molina said they want to make sure politicians keep their promises to make abortion protections stronger.

“I really hope we push for that, we stay like a protective state,” that people know is safe to come for abortion care, she said. “Like, ‘OK, we’re protected. We’re supported. We’re good to go.’ And that’s definitely someone I would vote for. If they’re willing to keep that threshold there.”

Molina made her comments after Gov. Michelle Lujan Grisham spoke to the crowd at the park promising, “we’re going to do more in the 60-day session. We’re going to continue to expand and protect access.”

N.M. Gov. Michelle Lujan Grisham speaks at a rally for reproductive rights at Tiguex Park in Albuquerque following the Supreme Court ruling that ended nearly 50 years of national protections for abortion rights under the U.S. Constitution on Friday, June 24, 2022. (Photo by Shelby Wyatt for Source NM)

New Mexico alternates between a 30-day and 60-day legislative sessions. During the previous 60-day in 2021, Lujan Grisham and a majority Democratic Legislature repealed an outdated 1969 statewide abortion ban that was overruled by federal protections but was still on the books. Advocates for the bill argue removing the state ban made sure abortion care would be legal in N.M., even if the Supreme Court changed the position it had upheld for decades as we saw Friday.

If Lujan Grisham wants to expand abortion access during the 2023 60-day session, she’ll have to win re-election first. On Friday, her Republican opponent Mark Ronchetti announced that if elected governor, he would compromise with state Democrats and propose a ban on abortions after 15-weeks.

It’s still too soon to understand what the Legislature is likely do on this matter. N.M. Sen. Linda Lopez, (D-Albuquerque), who sponsored the repeal in 2021, said she wants to continue having conversations about possible legislation with service providers and other groups working on access issues.

“I think we need to take a step back,” Lopez said, “work with our partners here in the state and do thoughtful legislation, if it’s needed at this point in time. I know that we’re still talking, and I believe that we will do this together.” 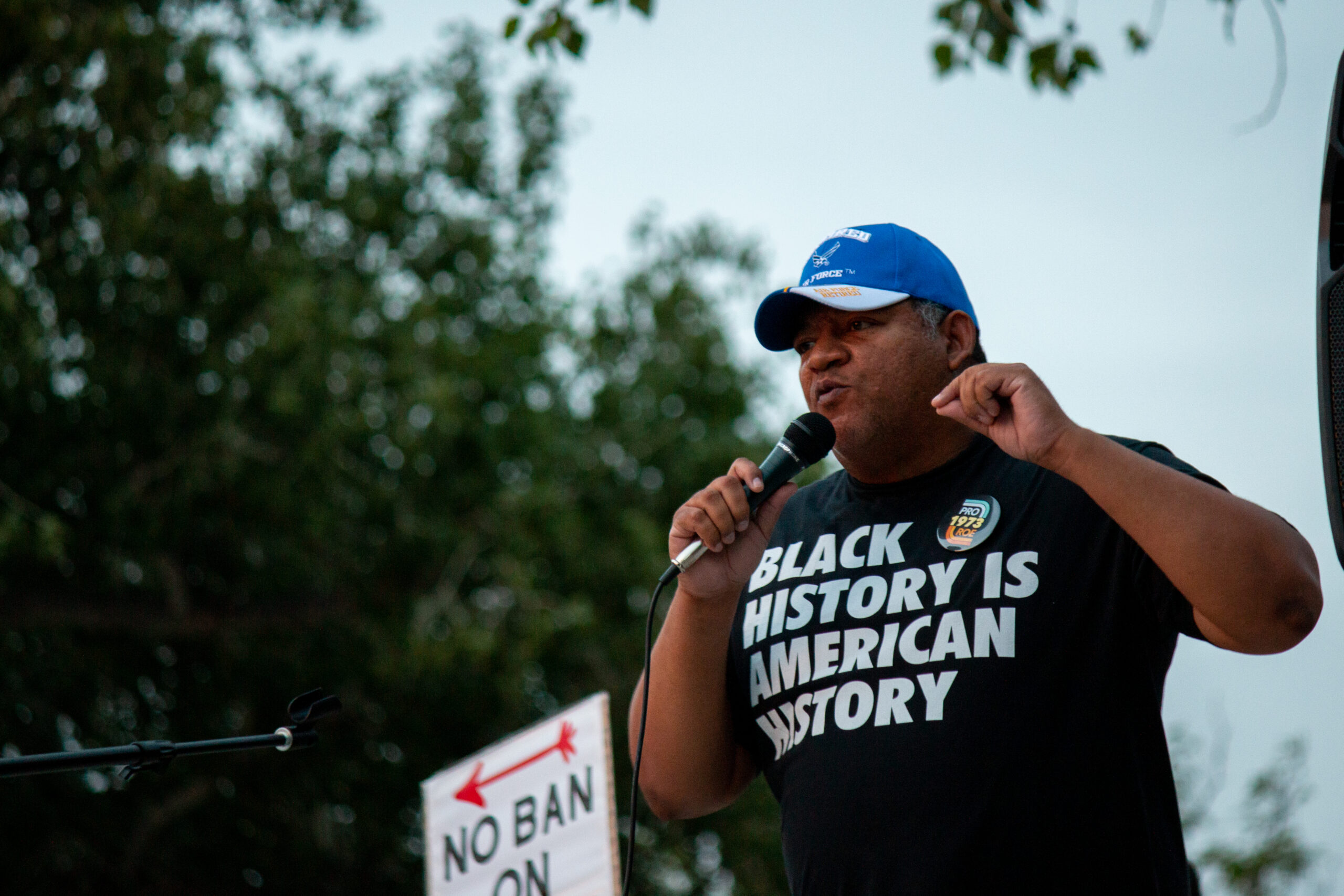 For people at Tiguex Park, action is expected of anyone they vote into office, and it’s clear that many ballots will be cast for candidates that seek to protect reproductive rights in New Mexico.

Molina, an Army veteran who recently returned from South Korea, was disturbed the Supreme Court decision created another battle she will have to take on.

“I am embarrassed that I served for the country that’s taking rights away,” Molina said. “And it hit very, very deep to the core. I feel very, for lack of better words, I felt very betrayed. (New Mexico) is a spot where people can flourish and thrive and be healthy. I’m really hoping that we’re going to stand our ground, and we’re going to keep it safe here.” 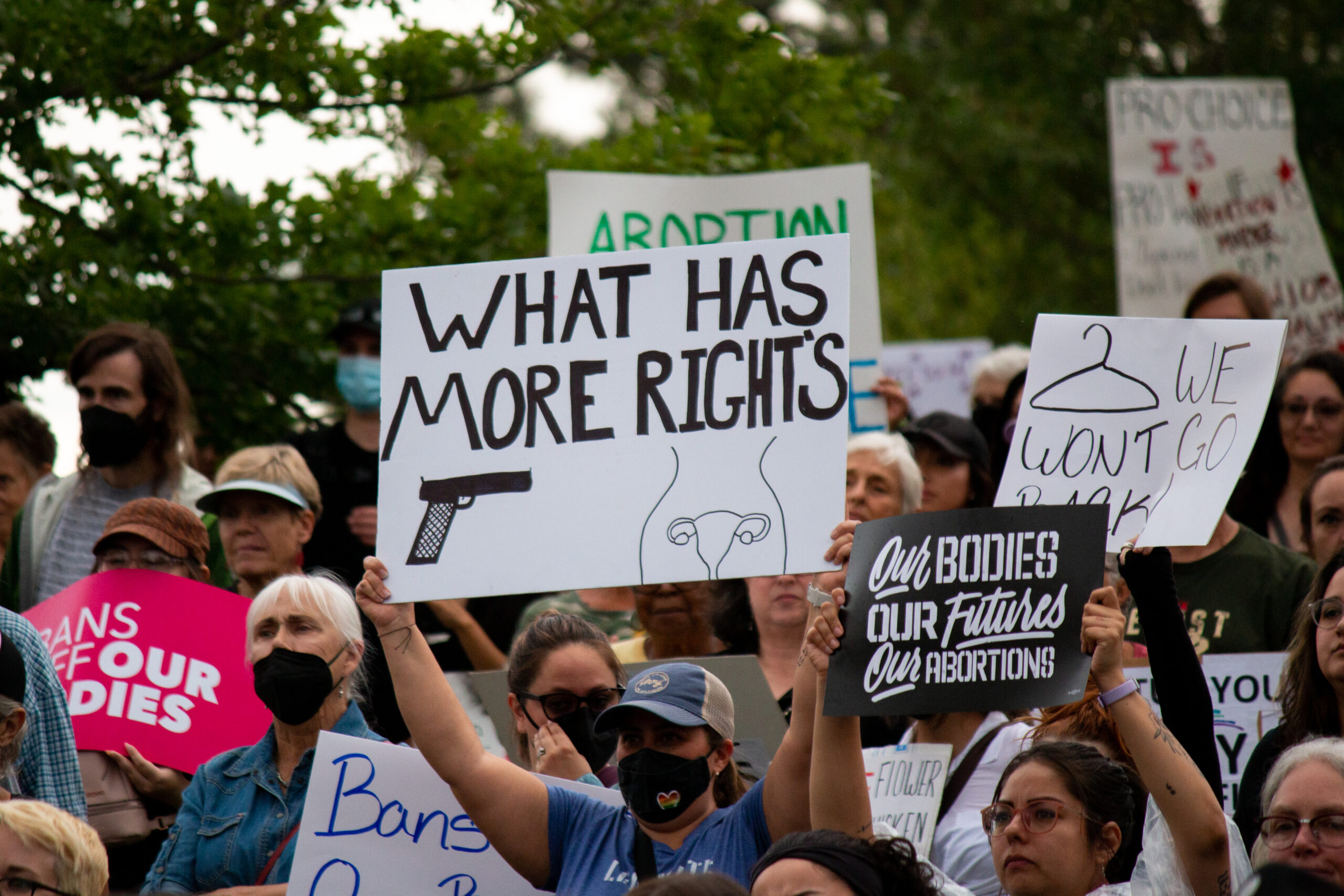 An attendee at the rally for reproductive rights at Tiguex Park on the evening of Friday, June 24, 2022, holds up a sign implying that guns have more rights than people with uteruses in light of this week’s rulings by the Supreme Court. (Photo by Shelby Wyatt for Source NM)

Rebecca Haskins recently moved to New Mexico from the east coast. She said the state’s reproductive rights were one reason she chose to move here. Not only does she want to see reproductive rights codified into state law, but she said she wants further protections for body autonomy.

Marisol Brito and her friend Kelly Ann also said they want to see state lawmakers act on their promises to preserve abortion rights in the state and more support for out-of-state patients.

Brito said she was sad, angry and confused by the Supreme Court ruling but maintains the sense of relief so many at Tiguex Park felt because New Mexico leaders today value access.

“I’m not just voting for the right for abortion or Roe v. Wade,” she said. ”I’m voting for autonomy for my physical being. People cannot tell me what to do with my body. Period. And it’s not just me.” 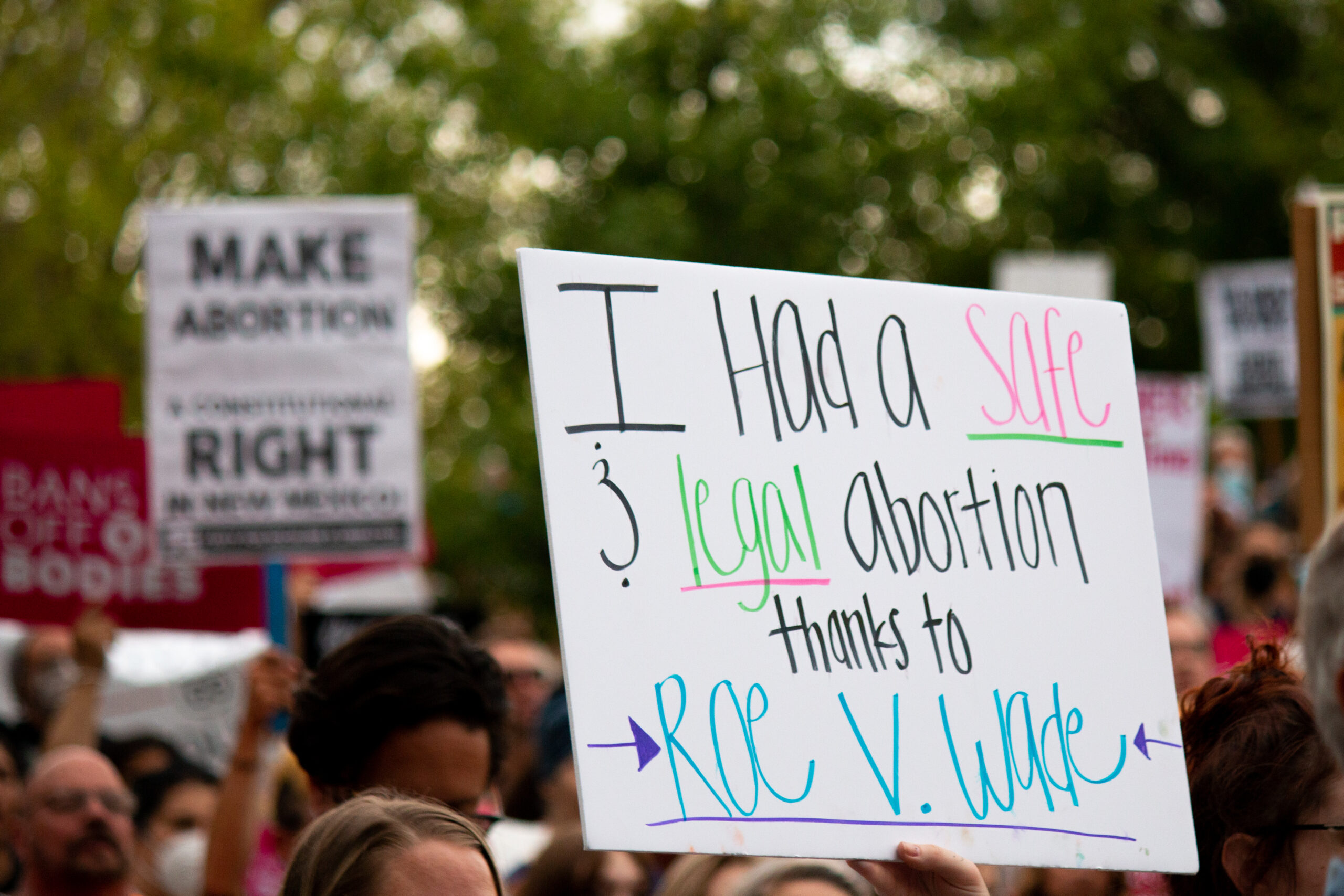 An attendee at the rally for reproductive rights in Tiguex Park holds up a sign on Friday, June 24, 2022, protesting the Supreme Court decision to overturn Roe v. Wade. (Photo by Shelby Wyatt for Source NM)

Faced with a rise of extremism within its ranks, the US military has clamped down on…