President Joe Biden is hitting the campaign trail across the country to rally support behind Democratic incumbents and candidates who currently find themselves in tight races against their Republican challengers.

The President began this nationwide tour with a stop in Albuquerque on Thursday. One of the events Biden attended was a rally hosted by the New Mexico Democratic Party aimed at gathering support for the Democratic candidates on the ballot this general election season.

Candidates for State Auditor, Secretary of State and Treasurer all spoke to the standing-room only crowd at the Ted M. Gallegos Community Center, but the bulk of the rally centered around two tight races, governor and Congressional District 2.

But following the Democratic-controlled state legislature’s redrawing of the district, Albuquerque’s South Valley now finds itself within the borders of the freshly drawn district.

The heavily Hispanic, Democratic-leaning population of this section of Albuquerque has drawn the race close.

Governor Michelle Lujan Grisham, who is in a tight battle against Republican challenger Mark Ronchetti, said voter turnout is the only way to ensure Democrats win both local and federal elections.

When President Joe Biden took the stage, he implored the supporters gathered to get out and vote and help spread the word to others to do the same. Calling this upcoming election one of the most important in the nation’s history. 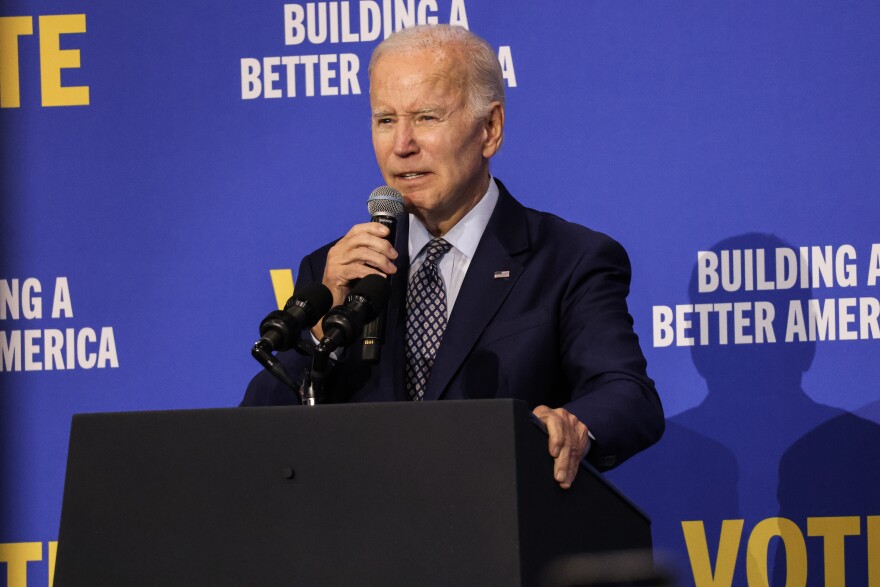 “Look folks, in New Mexico we need to reelect your Governor to state the obvious. We need to elect the ballot up and down. This is why we’re here, we have five days to go until the most important election in our lifetime and that’s not hyperbole, it’s going to shape what the next two generations look like. So much is changing, so much. This is not a referendum, this is a choice between two vastly different visions of America.” 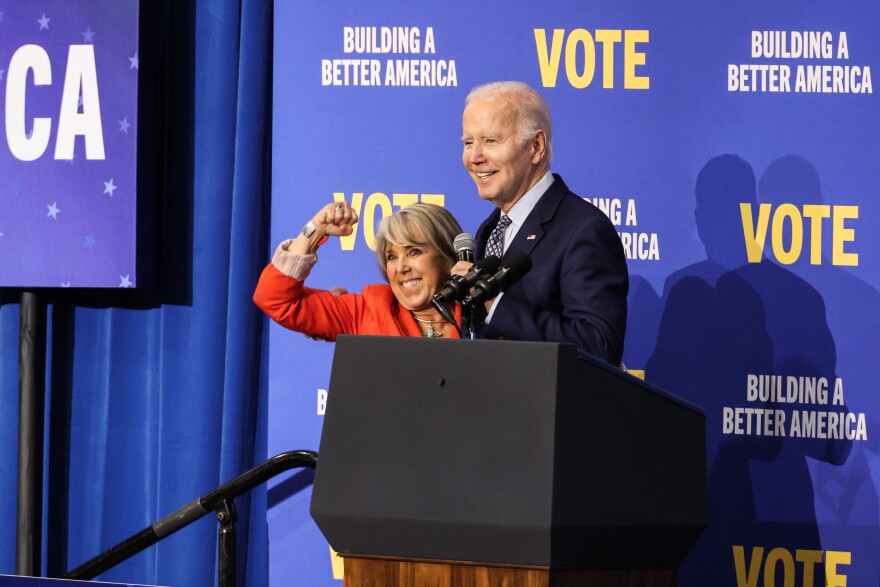 Following the conclusion of the rally in Albuquerque, the President traveled to Southern California to attend a similar get-out-the-vote rally in Oceanside for Rep. Like Levin.

Following this event, Biden will be headed to Chicago on Friday, before meeting up with former President Obama in Pennsylvania on Saturday.