“I wasn’t paying rent so I was able to make my job work,” said the ski patroller at Purgatory ski area outside Durango. “That’s pretty common for a lot of us. And I guess we’ve reached a point where we can’t do it that way anymore.”

The pro-unionization arguments are similar at each resort, with professional patrollers troubled by low pay and a surging cost of living, a lack of financial support for equipment and the certifications and qualifications needed for their jobs. 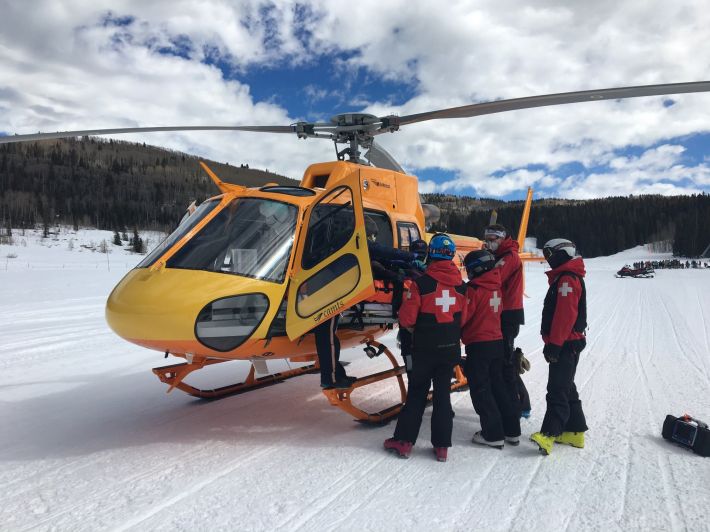 Ski patrollers at Purgatory train with the crew of a Flight for Life helicopter in February 2021 at the La Plata County ski area. (Cameron Kautzman, Special to The Colorado Sun)

Labor is surging in all sorts of industries in Colorado, with workers at heavyweights like Swift Beef Co. in Greeley and several Starbucks shops gathering for collective bargaining alongside workers at smaller outfits, including Meow Wolf and Trader Joe’s. Even World Cup downhill mountain bikers are weighing an athlete union after the sport’s governing body inked an eight-year broadcasting deal with the Discovery channel.

The rising cost of housing and living in Colorado’s ski towns has made the plight of workers more acute. Few wage workers can afford to buy homes in ski towns. Some can barely afford rent.

The annual mean wage for about 3,470 ski patrollers, lifeguards and other recreational protective-service workers in Colorado was about $31,000 with a median hourly wage of $14.85 in 2021, according to the Bureau of Labor Statistics. Nationally, about 114,000 lifeguard, ski patrollers and other recreational protective-service workers earned a mean annual salary of $27,000 in 2021, with the median hourly wage of $12.32 an hour. 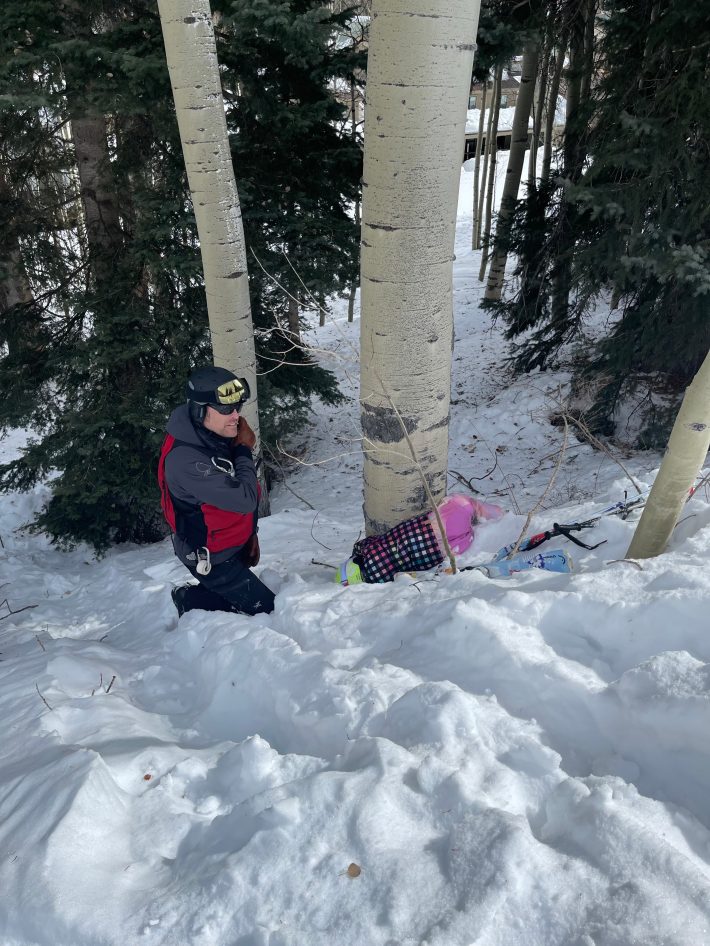 Purgatory patrollers make about $15 an hour, but longtime employees with emergency medical technician certification and licenses to handle explosives can make up to $20 an hour. The Massachusetts Institute of Technology living wage calculator estimates an individual living alone in southern Colorado’s La Plata County needs to make $18.67 an hour to meet what the school deems a “livable wage.” The school’s calculator pins the typical annual salary for workers in protective services in La Plata County at $53,703.

Ski resort operators across the country are increasing pay in the light of a labor crisis that has left resorts understaffed and unable to meet guest demands. Vail Resorts this fall will increase its minimum wage to $20 an hour. Aspen Skiing and Alterra Mountain Co. also raised workers pay this year.

“We are well below industry standards,” said Cameron Kautzman, a patroller at Purgatory who also works as a fireman in Farmington, New Mexico. “I think it’s a unique time in that wages nationwide are being increased across all industries because the cost of living has gone up so much. It will be interesting to see how that’s reflected in our bargaining with MCP and management.”

Dave Rathbun, the general manager at Purgatory, said he was “kind of shocked” to receive the letter of the patrollers union vote from the National Labor Review Board earlier this year.

“We have prided ourselves on having an open door and talking to our people all the time,” Rathbun said. “Obviously people were not happy but it’s troubling that they didn’t feel comfortable and didn’t come forward and express themselves. I take that kind of personally because we try to be a good, open place to work.” 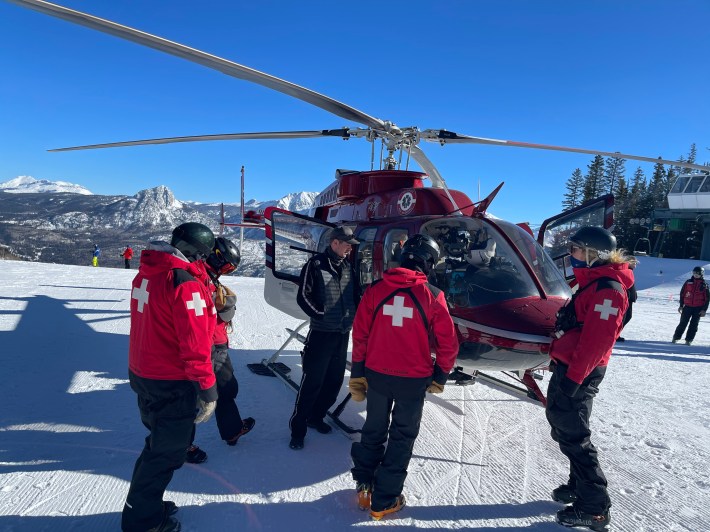 Ski patrollers at Purgatory work with the crew for Classic Air Medical at the La Plata County ski area on Feb. 24, 2021. (Cameron Kautzman, Special to The Sun)

The last two winters, Purgatory has paid its most reliable workers an end-of-season bonus equal to $1 for every hour worked. All the area’s ski patrollers qualified for that retention bonus, Rathbun said.

“They are the highest paid seasonal employees, as a group, across the company,” he said.

Last year Purgatory was $1 million under budget on labor costs as it struggled, like all resort operators, to fill positions. This year the resort’s owners took that $1 million and invested it in wagers.

“We are investing a lot more in our human resources,” said Rathbun, who has worked at ski resorts for his entire working life. “From where I’m sitting, this feels like a worst-case scenario with a union representative sitting in on what was a direct relationship with our employees. Now we have a third party at the table.”

Patrollers think they can convince Purgatory management and owners that unionization will help their bottom line by limiting turnover.

“If we can close the revolving door, it can save them money and the product will improve,” Kautzman said.

Patrollers at Purgatory do not have a bad relationship with management. This isn’t an “us-versus them” scenario, they say.

“I hope we’ve started a movement here at Purgatory that results in everyone getting wage increases,” Kemery said. “For a really long time, the outdoor industry has taken advantage of the fact that people want to work these jobs and as a result we get paid like dirt with low benefits. That is no longer sustainable, this idea that we can be a ski bum and a ski patroller. We have high levels of training and certifications. This is not just about a livable wage. It’s about fair compensation for our levels of training and the value we bring to the business.”

This story first appeared in The Outsider, the premium outdoor newsletter by Jason Blevins. >> Subscribe

We believe vital information needs to be seen impacted by the people, whether it’s a public health crisis, investigative reporting or keeping lawmakers accountable. This reporting depends on support from readers like you.

Wolverines in thick of IML volleyball mix – The Durango Herald