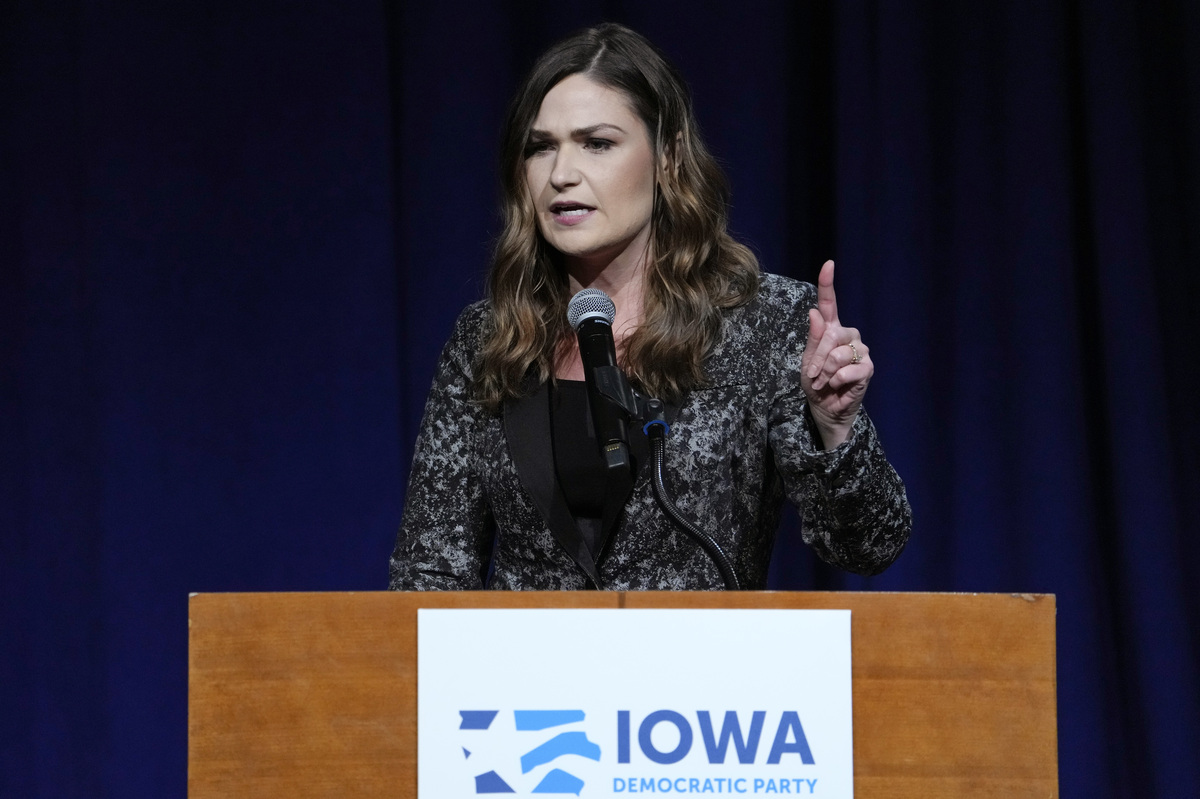 Here are key races to watch:

Former Rep. Abby Finkenauer was just 29 when she was elected to Congress in 2018. But she lost her reelection bid two years ago. Now she’s running for the Democratic nomination to replace longtime Republican US Sen. Chuck Grassley, who faces minimal GOP opposition.

But one of Finkenauer’s two opponents, retired Navy Adm. Mike Franken, is staying competitive in fundraising. Franken, who served in the military for nearly 40 years and whose resume includes time with the late Massachusetts Sen. Ted Kennedy, says he decided to throw his hat in the ring following the insurrection on Jan. 6, 2021.

While Finkenauer is the Democratic front-runner, she would face an uphill general election race in a state that has become more of a Republican stronghold in recent years. Grassley, who’s 88, is running for his eighth term in the Senate. 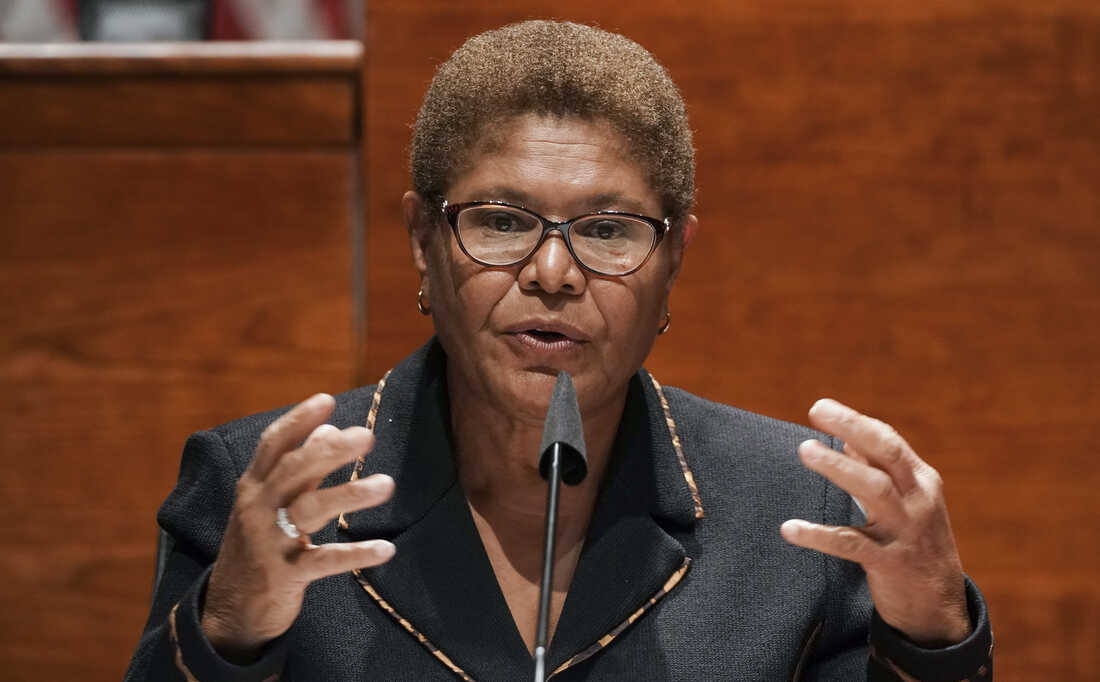 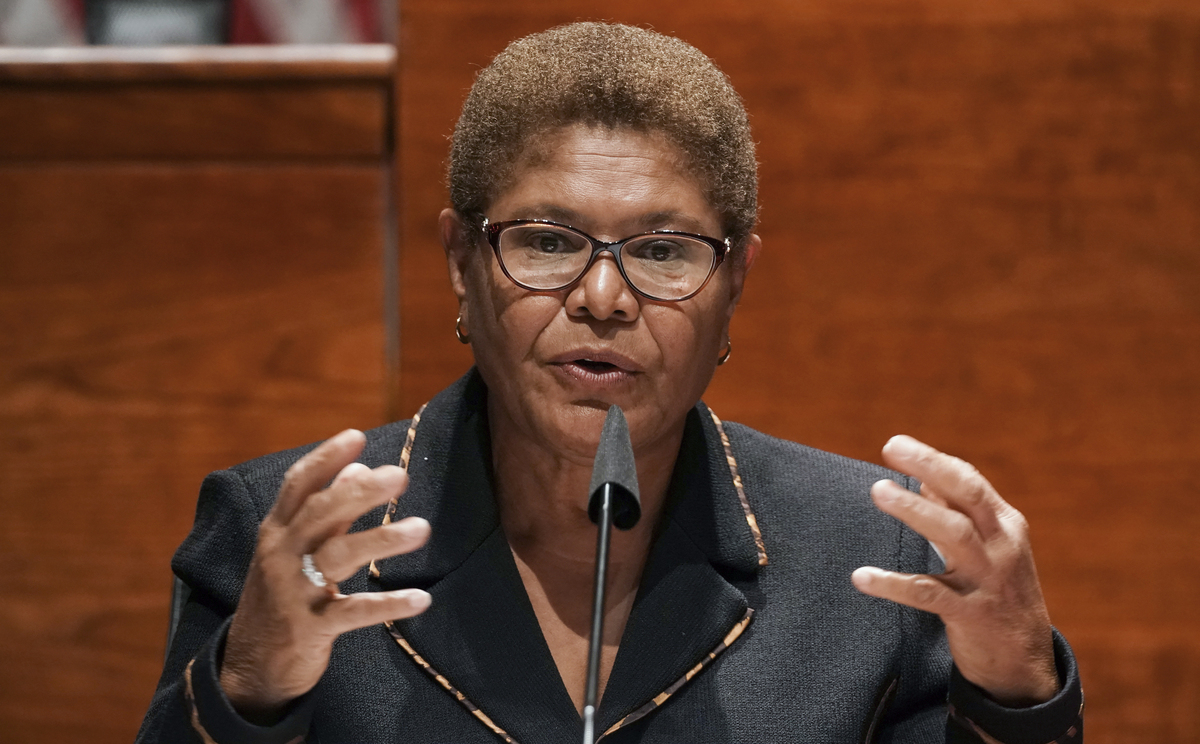 Rep. Karen Bass, D-Calif., is giving up her seat in Congress to run for Los Angeles mayor.

The nonpartisan race to be Los Angeles’ next mayor appears to be a two-candidate contest, with Rep. Karen Bass — a longtime California politician and congresswoman who was on Joe Biden’s vice presidential shortlist in 2020 — and Rick Caruso, a billionaire real estate developer, as the front-runners.

A poll out Sunday from the Institute of Governmental Studies at the University of California, Berkeley had Bass and Caruso, both Democrats, well ahead of other candidates, making them likely to advance to a final election runoff in November. (A candidate needs to cross 50% to avoid a runoff.)

Bass, a former head of the Congressional Black Caucus, represents the establishment wing of the Democratic Party in the city. Caruso, meanwhile, has focused much of his campaign on crime and homelessness.

He has also not held back on campaign spending — breaking records by having spent over $40 million as of June 1. Bass, the second-highest spender, had spent nearly $3.3 million.

For more, check out this voter guide from LAist. (And if you’re looking for details on the recall of San Francisco’s district attorney, see this from KQED.)

In California, all candidates, regardless of party affiliation, are placed on the same primary ballot, and the top two advance to the general election in November.

With Bass out, California’s LA-based 37th Congressional District is open and very likely to be the home of another Democrat.

Among the party’s hopefuls is Bass-backed state Sen. Sydney Kamlager, who has raised and spent the most amount of campaign funds and is endorsed by a slew of Democrats, including Rep. Adam Schiff, Sen. Alex Padilla and Gov. Gavin Newsom. New voting lines after redistricting, in some instances, strengthened incumbents’ chances. That’s the case for Republican Rep. Young Kim, who currently represents the 39th District but is running in the now-redder 40th District. Kim is now spending over $1 million to compete against fellow GOP challengers.

Over in District 22, GOP Rep. David Valadao, one of the 10 House Republicans to vote to impeach former President Donald Trump following Jan. 6, is looking to keep his seat in a fairly blue district. But the race has also seen an influx of PAC spending backing his Republican challengers, who oppose Valadao’s choice to impeach. The battleground district poses an opportunity for Democrats to secure a much-needed House seat. Rudy Salas is the lone Democrat to make the ballot.

GOP Rep. Michelle Steel, one of three women (along with Kim) to be elected in 2020 as the first Korean-American women in Congress, is also facing a new district (the 45th). She faces off against top Democratic challenger Jay Chen in a toss-up race centered in a large Asian American area. At stake are Steele’s incumbency and also the opportunity for Democrats to claw back one district.

And a final to watch: In the 49th District, five Republicans are challenging Democratic Rep. Mike Levin, including state GOP-backed candidate Brian Maryott. 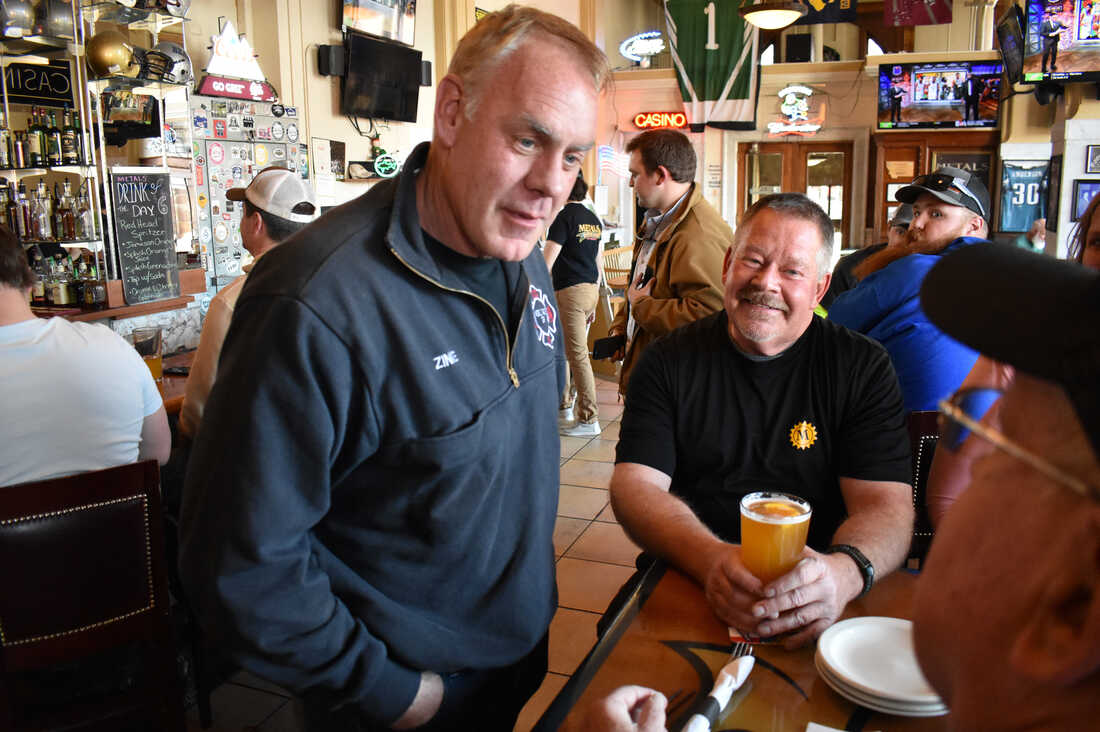 Following redistricting, and for the first time in the state’s history, Montana’s western helped gained a new seat in the House. It is likely to lean Republican.

The region that includes Kalispell, Missoula, Butte and Bozeman is vied for by Ryan Zinke, a former congressman and interior secretary in the Trump administration who resigned from his role in 2018 following two years of allegations of misconduct.

He faces off against four other Republicans. While Zinke is ahead on fundraising and has a Trump endorsement, he may have to battle controversies that have followed him since he left his federal post. Most recently, the former secretary is facing questions about his Montana residency. And earlier this year a report released by the DOI’s Office of Inspector General found that Zinke misused his Cabinet role to advance a development project in his hometown.

Three Democrats are competing in their party’s primary.

For more, check out Montana Public Radio’s guide for voters.

Another house toss-up for November is in New Mexico’s southern 2nd District, where incumbent GOP Rep. Yvette Herrell is facing a redrawn district that is more Democratic than her last boundaries.

While she’s unopposed on the Republican ballot, two Democrats are squaring off to challenge her, including Gabe Vasquez, a former Las Cruces city councilor who has raised over half a million dollars.

Several Republicans are vying to top Democratic Rep. Tom Malinowski in New Jersey’s 7th Congressional District, which leans slightly toward the GOP. Among the Republicans on the ballot: Thomas Kean Jr., whom Malinowski beat by just over 5,000 votes in 2020.

Though he voted not to certify the 2020 election, incumbent GOP Rep. Michael Guest is facing primary challengers who have aligned with those on the further right. Guest was one of 35 House Republicans to vote to create an independent commission to investigate the Capitol attack. Michael Cassidy, next-highest on the fundraising totals, is running on an “America First” platform and has opposed Guest’s involvement in support of the Jan. 6 investigations.