San Diego Repertory Theatre, which over the past 46 years has produced 333 plays and musicals in downtown San Diego, will suspend operations June 19.

All future productions have been canceled, as well as most of the upcoming events for the now-underway Lipinsky Family San Diego Jewish Arts Festival. And all of the theater’s employees — 23 full-time staff and 15 part-timers — will be laid off.

In a prepared statement being released Wednesday, June 8, at noon, Rep officials cited significant financial issues, the challenge of operating in an active construction zone at Horton Plaza and unexpectedly low ticket sales since its post-pandemic reopening last October for the closure.

The company has $2 million in debt and, following the next payroll, will have about $300,000 left in the bank.

But the Rep’s board of trustees hopes this isn’t the end for the theater. It plans to explore options, including bankruptcy reorganization, that would allow it to restructure and reopen the Rep on more sustainable footing, possibly in 2024.

“Today, we are at an inflection point,” Abigail Buell, San Diego Rep’s managing director, said in the statement. “We are suspending operations so we can hopefully move through this challenging time toward a new, financially viable future for the company, while honoring the Rep’s deeply-held mission to produce diverse, socially-conscious theater of exceptional quality.”

“In recent times, San Diego Republic has been subject to financial stressors and extraordinary challenges including major flooding of our theater, operating amidst an active construction zone, and a substantial loss of income as a result of the pandemic. A large amount of funding from several sources did not actualize and we have not been able to identify major donors at this time. These events have accelerated the Rep to an untenable situation. We cannot continue to operate in the same financial model of the past,” she said.

Sam Woodhouse, the co-founder and longtime artistic director of San Diego Repertory Theatre, poses for photos at the Lyceum Theater on Friday, Feb. 4, 2022.

San Diego Rep’s co-founder and longtime artistic director Sam Woodhouse — who was set to retire in September — described the suspension of operations as a “sad day in the history of the company.”

“But this moment in time also calls for a 360-degree, arms-wide-open thank you and bravo to the hundreds of theater professionals who made 333 productions in the 46-year history of the Rep,” Woodhouse said in a statement. “Our goal is to bring the Rep back stronger, to continue making provocative, progressive theater, and we’re working toward this future.”

Street theater artists Woodhouse and DW Jacobs launched San Diego Rep in May 1976 with a three-play season at San Diego City College that sold just enough tickets to pay off a $4,000 loan, with $200 to spare in the bank.

The Rep’s first home theater was a converted mortuary chapel in downtown San Diego. Then it moved into the original Lyceum Theater for a few years before making a permanent home in the newly constructed Lyceum Theater underneath Horton Plaza in the early 1980s. Woodhouse said he and Jacobs — who left the Rep in 1997 — envisioned building a theater that would better reflect the city’s multiethnic population.

“We imagined a San Diego that was a cosmopolitan company with multiple voices that weren’t being heard and a San Diego that had a vibrant downtown,” Woodhouse told the Union-Tribune in February. “And we wanted to be part of building a new San Diego that transcended the collection of small towns that it was at the time.” 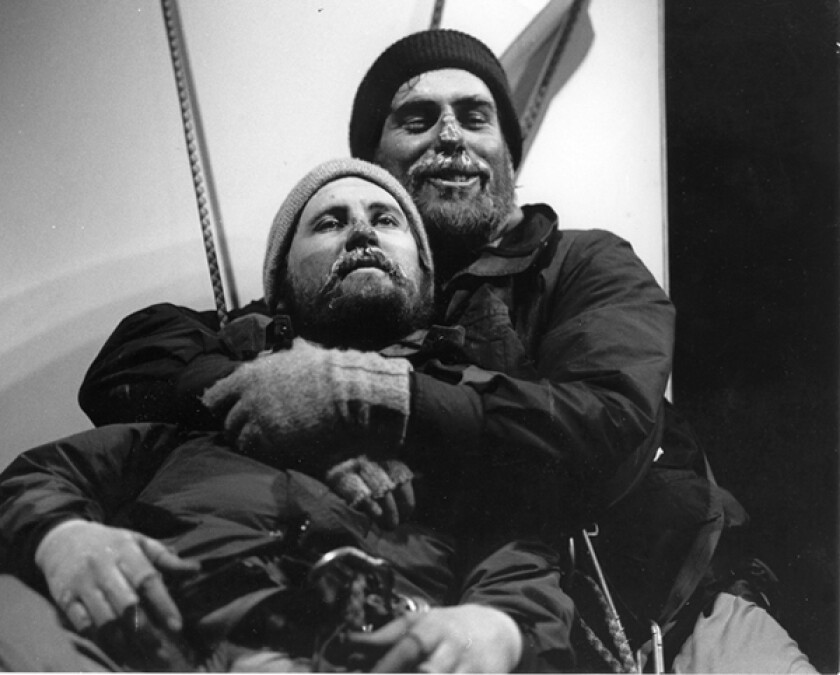 At the time, Woodhouse said he and Jacobs weren’t sure anyone would come downtown for the theater, but the Rep thrived and it created programming that reflected the community around it. In 1987, the Rep produced Luis Valdez’s “I Don’t Have to Show You No Stinking Badges.” It was the first of more than 50 plays by Latinx playwrights that would be presented through the company’s Teatro Sin Fronteras (theater without boundaries) program.

Over the years, the company has hosted artistic residencies by Valdez, Amiri Baraka, Culture Clash, Yehuda Hyman, Marion J. Caffey, Randal Myler, Octavio Solis, Maria Irene Fornes and, at present, Herbert Siguenza. And in 1996, the Rep launched the Calafia Initiative, which produced more than 20 binational multidiscipline works on both sides of the border, including the 2003 world premiere play “Nuevo California,” which imagined a unified San Diego-Tijuana city-state.

Over the past three decades, the Rep has also produced, hosted or presented annual Jewish arts festivals and the Kuumba Fest of African American culture, and it has collaborated on several productions with the San Diego School of Creative and Performing Arts. It also opened doors for Latinx, Black and Jewish playwrights with its new play festivals. 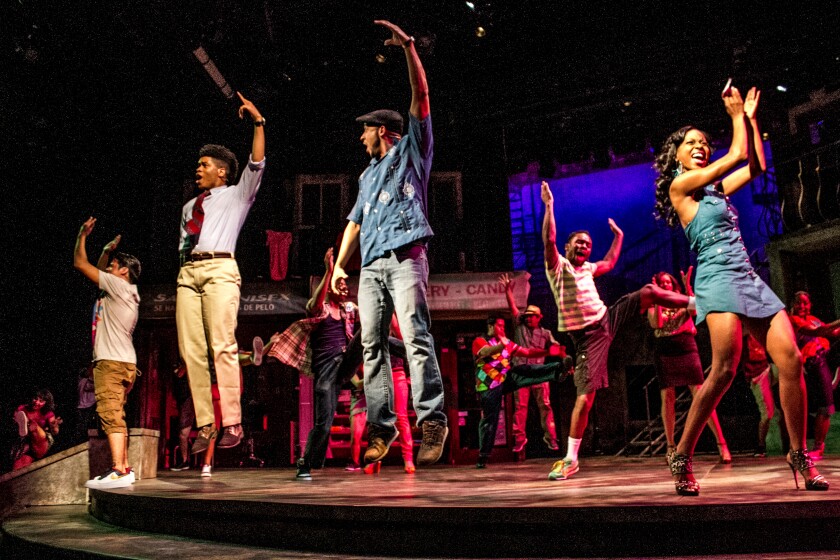 A scene from San Diego Repertory Theater’s 2013 production of “In the Heights.”

San Diego Rep has survived rocky financial times in the past, but the combination of factors it has encountered over the past two years became insurmountable.

The morning after it opened the ambitious play “House of Joy” in March 2020, San Diego Republic was forced to shut down, like all of the nation’s theaters when the pandemic arrived. Over the next 18 months, the company presented a series of online programs, and it collected $1.67 million in federal Shuttered Venue Operators grants and $871,400 in Paycheck Protection Program loans.

When the company reopened last fall with Octavio Solis’ “Grapes of Wrath”-inspired play “Mother Road,” optimism for a return to solid footing was high. But like many other theaters, San Diego Rep experienced unexpectedly low ticket sales. Buell said Attendance plummeted by 60 percent to 70 percent compared to pre-pandemic levels. Theaters nationwide have experienced declines of 50 percent or more, mostly due to patrons’ fear of COVID exposure in indoor spaces. 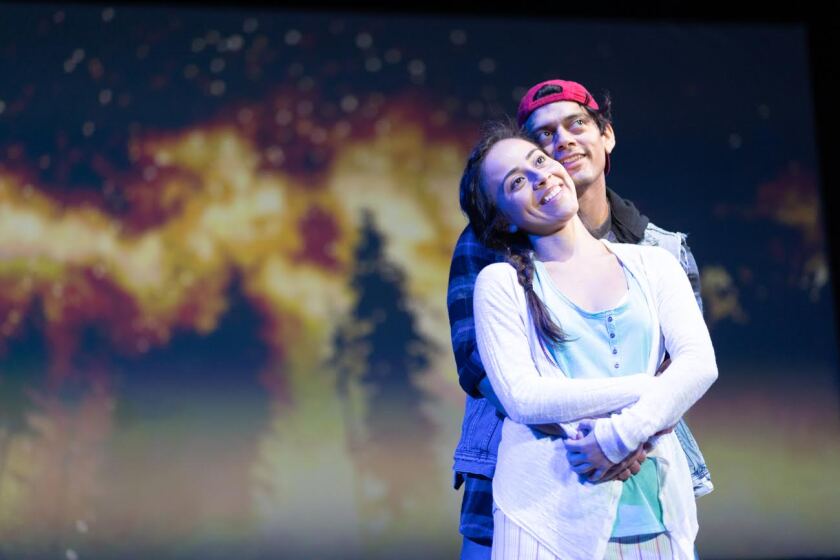 This past January, the Rep was scheduled to open a production of “The Curious Incident of the Dog in the Night-Time,” but heavy rains in late December flooded the Lyceum and the production was postponed. This created an unexpected loss of projected income.

The rain damage was repaired by Stockdale Capital Partners, but Buell said the ongoing redevelopment of Horton Plaza has made it difficult for theatergoers to access the theater, which has been mostly fenced off for months.

Another major blow was the unexpected cancellation of its latest production, the world premiere play “In Every Generation,” which was scheduled to open in previews on May 26. The company has not cited the reasons for the cancellation, other than “financial and personnel reasons,” but the loss of income from a production that was already cast, designed and in rehearsals was devastating. Patrons with tickets to future productions that have been canceled will be contacted before June 10. Canceled engagements include “Twelfth Night,” the rescheduled “Curious Incident of the Dog in the Night-Time,” “Grand Master Funk,” “The Art of Shtisel,” “Joel Grey’s Favorite Plays,” the plays “Shanghai” and “A World to Come” from the Whole Megillah play festival and “Angelina Reaux Sings the Love Songs of Kurt Weill.”

Two engagements by playwright performer Hershey Felder that were scheduled as part of the Rep’s Jewish Arts Festival will still be presented. The “Hershey Felder Sing-Along” will be relocated to a different venue, and he will host his “Hershey Felder’s Music in the Ghetto of Venice” film screening on the hersheyfelder.net website. The Lyceum Theater will continue to host other community and theatrical events not affiliated with the Rep.

The Rep’s board chairman, Dr. Larry Cousins, said the theater has a “singular voice” that is vital to San Diego’s cultural community, and it deserves to be preserved.

“In an effort to correct the course and overcome this financial crisis, the board of trustees agrees that the Rep needs to suspend operations while we dedicate time to work toward a sustainable future,” Cousins ​​said.

If the restructuring is successful, Buell said the Rep hopes to return to the Lyceum Theater in January 2024. That would be after Horton Plaza construction has concluded and the city completes a yearlong renovation of the Lyceum’s two theater spaces.

“Our hope is that we can be back in the Lyceum, ready to open in that brand new beautiful, vibrant city space of urban renewal, and we’ll be at the center of it,” Buell said.

Stockdale Capital Partners said it was sorry to hear about the suspension but hopes the Rep can return to the Lyceum.

“We have recently been made aware of financial and personnel issues impacting the San Diego Repertory Theatre. As a cornerstone of Downtown San Diego’s cultural fabric, we look forward to the reopening of the Lyceum and resumption of performances as a key live-theater component of The Campus at Horton,” said Leo Divinsky, managing director at Stockdale Capital Partners.