The Biggest Election Wins And Losses For America’s Public Lands

When President Joe Biden picked up the phone to congratulate certain Democrats on their victories in Tuesday’s midterm elections, he was wearing a baseball cap with the name of America’s newest protected landscape.

That Biden donned a Camp Hale hat to make congratulatory phone calls “shows that he (and the political team) understood that public lands are a winning issue,” said Aaron Weiss, deputy director at the Colorado-based conservation group Center for Western Priorities.

Asked about Tuesday’s biggest victories for public lands in the US, Weiss said, “Only slightly tongue-in-cheek: the hat.”

Just got off the phone with some of tonight’s winners — including some folks I saw on the road this year.

If you’re in line to vote, remember to stay in line! pic.twitter.com/43CF4rSFrP

Americans overwhelmingly support public lands and waters and want to see them better protected, and this was evident at some polls this week.

Although some anti-conservation candidates punched a ticket to Congress, Maysmith and Weiss said there was a silver lining: Those races weren’t blowouts for Republicans, showing public land conservation remains a priority for voters in conservative states.

Here’s a look at the biggest midterm wins and losses for America’s public lands:

Sen. Michael Bennet (D-Colo.) was among those who got a call from Biden on Tuesday.

Colorado’s senior senator lobbied the White House to establish Camp Hale-Continental Divide National Monument and campaigned on his record of working to fight climate change and safeguard lands and waters in Colorado. In one TV advertisement, he’s shown fly-fishing in the Arkansas River with guide Greg Felt, an unaffiliated voter who praises Bennet for “leading the fight to defend our way of life — protecting our public lands, promoting forest and watershed health, and supporting businesses like mine.”

In a race that was expected to be competitive, Bennet easily defeated Republican businessman Joe O’Dea.

Maysmith said Bennet had a conservation record to spotlight for voters and that Coloradans “clearly valued and appreciated that.”

Bennet is a lead sponsor of the Colorado Outdoor Recreation and Economy Act, or CORE Act. Introduced in 2019, the CORE Act combines several previous public land bills and aims to protect about 400,000 acres in the state. Biden used his executive power to protect some of those same landscapes, including Camp Hale, after the legislation failed to advance through a divided Senate.

O’Dea opposed the CORE Act and Biden’s monument designation, and he told The Washington Post that when it comes to regulating fossil fuels, he would “default to those people that know — oil and gas people.” 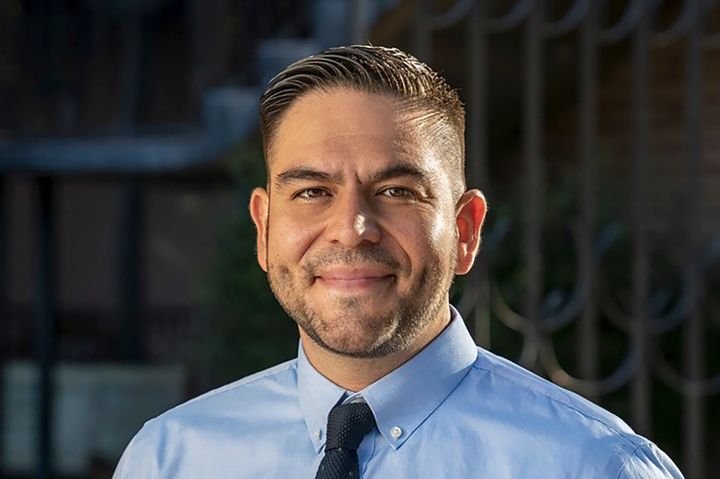 Democrats flipped a US House seat with Gabe Vasquez’s victory in New Mexico.

Vasquez, a first-generation American, previously served on the Las Cruces City Council and is a co-founder of Nuestra Tierra Conservation Project, a nonprofit based in Las Cruces that works to increase outdoor access for communities of color. He also previously worked as a staffer for Sen. Martin Heinrich (DN.M.), where he played a sizable role in lobbying President Barack Obama to designate Organ Mountains–Desert Peaks National Monument, a nearly 500,000-acre protected site in southern New Mexico.

“The voters of New Mexico-2, in that district, said that actually doesn’t line up with our values,” Maysmith said. “Dave Vasquez made that argument very effectively.” 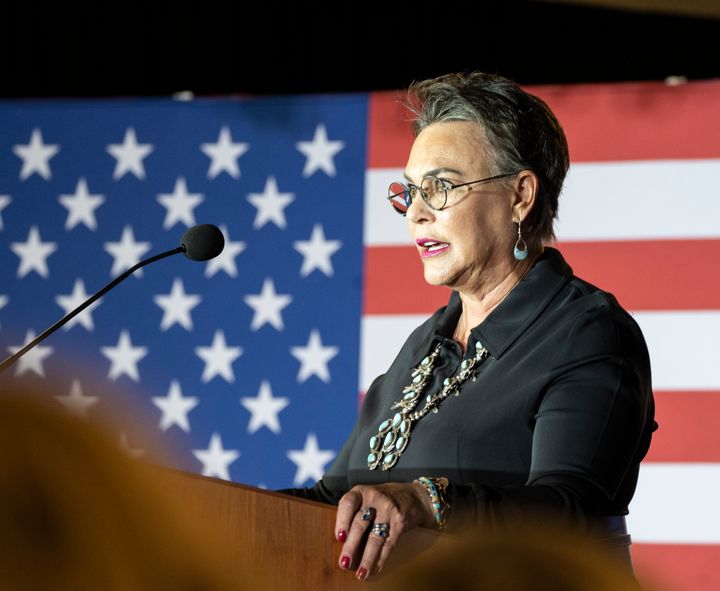 The at-large house race in Wyoming on Tuesday received little national attention because Harriet Hageman, the Republican nominee, was a shoo-in after defeating Rep. Liz Cheney in the August primary.

Nevertheless, her victory could have huge implications for public lands in Wyoming and across the country.

As HuffPost previously reported, Hageman is a natural resources attorney with a long anti-conservation record. She has repeatedly sued federal agencies over land use decisions and supports transferring control of federal lands to states. She’s been a constant thorn in the side of environmentalists, who once dubbed her the “Wicked Witch of the West.”

On the campaign trail, Hageman repeatedly slammed Cheney for no longer serving on the House Natural Resources Committee, which has jurisdiction over federal environmental agencies, energy development, public lands and wildlife. Hageman has her sights set on joining the committee, where she’d almost certainly go to bat for Wyoming’s extractive industries. 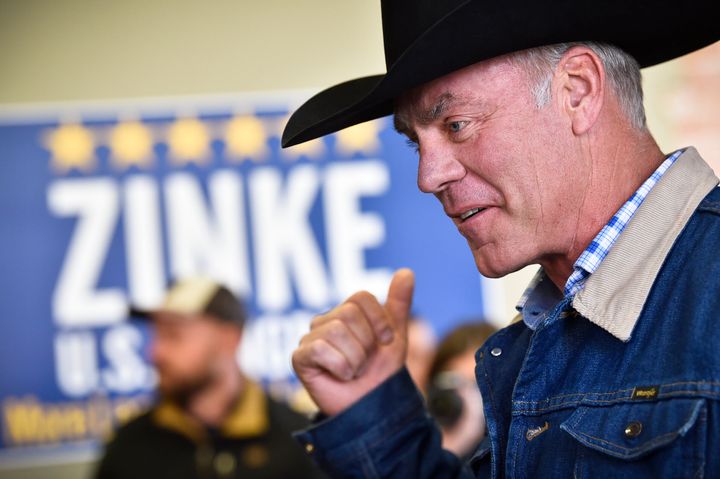 Ryan Zinke, a controversial interior secretary in the Trump administration, will return to Congress after winning the race for Montana’s new US House district.

The former Trump administration official likes to portray himself as a public lands champion in the mold of President Theodore Roosevelt, but as secretary of the Department of the Interior, he helped advance a relentless pro-extraction, anti-conservation agenda. That included carving more than 2 million acres from a pair of national monuments in Utah — the largest rollback of federal land protection in US history.

A former Navy SEAL who previously represented Montana as its at-large house member, Zinke defeated Democratic environmental attorney Monica Tranel to win the race for Montana’s new western district House seat. But the race was surprisingly competitive for someone with his credentials and name recognition in a district that Trump carried by 7 percentage points in 2020.

Among other things, Zinke campaigned on sweeping promises to restore $2-per-gallon gasoline and so-called “energy dominance.” Zinke earned hundreds of thousands of dollars consulting for ConocoPhillips and other fossil fuel interests after leaving the Trump administration.

Like Hageman, Zinke is likely to lobby for a post on the House Natural Resources Committee. He was a member of the committee during his first stint in Congress, from 2015 to 2017. 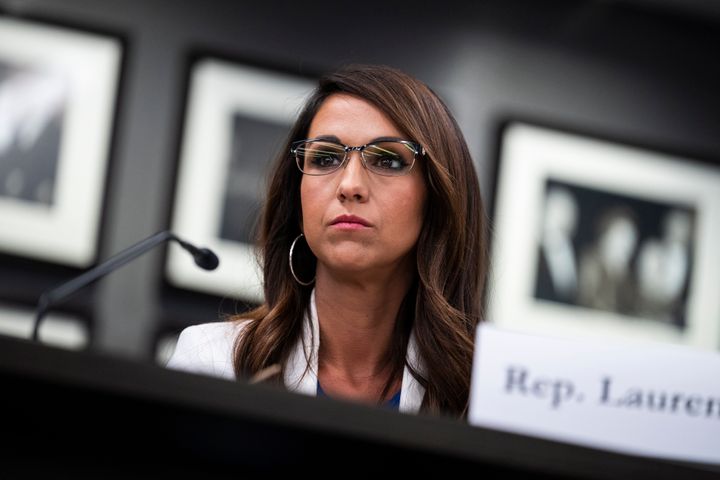 The race for Colorado’s 3rd Congressional District remains neck-and-neck, so close, in fact, that it could trigger an automatic recount. Though incumbent Rep. Lauren Boebert (R) might ultimately edge out her Democratic rival, Adam Frisch, Weiss argues that her struggles spotlight how extreme and unpopular her views — including those on public lands — have become.

Along with fiercely opposing Biden’s recent monument designation in Colorado, Boebert has helped lead a disinformation campaign against the Biden administration’s goal of protecting 30% of America’s lands and waters by 2030, known informally as “30×30.”

“Her district relies on outdoor recreation and public lands as an economic driver, and when she wasn’t making a fool of herself with conspiracy theories, she was buddying up to insurrectionists and 30×30 opponents who hate the idea of ​​protecting the environment,” Weiss said.