Two years into the pandemic, a chance for collective grief at Chimayó

Pilgrims returned to El Santuario de Chimayó by the thousands on Good Friday for the first time since the coronavirus pandemic began.

The pilgrimage to a small chapel in Northern New Mexico resumes a 200-year-old tradition and, for some, it was a chance to collectively walk through some of the grief they’ve deferred over the last two years during a pandemic in which death and mourning often occurred in isolation.

Laura Medina of Albuquerque walked more than a dozen miles, and along the way, she found pieces of wood and a scrap of tarp with which she built a crucifix to carry. She lost her son a year and a half ago, she said.

“He gave me the strength to give up on whatever I want during Lent,” she said as she walked up a hill about six miles from the sanctuary. “And I love to walk. I don’t know why.”

In the past two years, she found a way to a solitary pilgrimage. Last year, that meant a walk to Tomé Hill south of Albuquerque. And the year before that, she walked across the city to a church, she said. But it’s good to be back heading north to Chimayó, she said, with others making the same journey.

“It could be more meaningful because we stopped doing it for two years,” she said.

Candles burn at a memorial near the Chimayó sanctuary on Friday. (Photo by Patrick Lohmann / Source NM)

A few miles behind her, the Benavidez family walked in a group, all with T-shirts bearing a photo of Joseph Ray Benavidez, their relative who was killed in a hit-and-run crash two days after Christmas in Albuquerque. No suspect has been caught.

Benavidez made the trek each year for the last nine years, according to his family. They gathered to march in his place, said his mother, Mary Benavidez.

“He’s been walking on this earth every year for the last nine years, just praying for his loved ones. He’s a very loving person,” she said, fighting back tears. “We lost him. We loved him so much. As a family we were always close and always being together.”

Some members of his family walked from Santo Domingo Pueblo, beginning the day before, for what would ultimately become a 62-mile trek, they said.

“With the prayers that we’re carrying, it feels good for us,” Mary said, to walk with fellow worshippers. “Not only for ourselves but for the whole world.”

Toward the front of the pilgrimage, about two miles from Chimayó, Charlene Aguilera walked with a limp behind a group of her family members. She said she needs two kneecap replacements but was walking in honor of her niece, killed in a car crash about a year ago. She was also taking turns pushing 90-year-old Margaret Lane, Aguilera’s mother, up a hill in her wheelchair. Lane has been in a wheelchair for eight years and unable to do the pilgrimage, her family said. 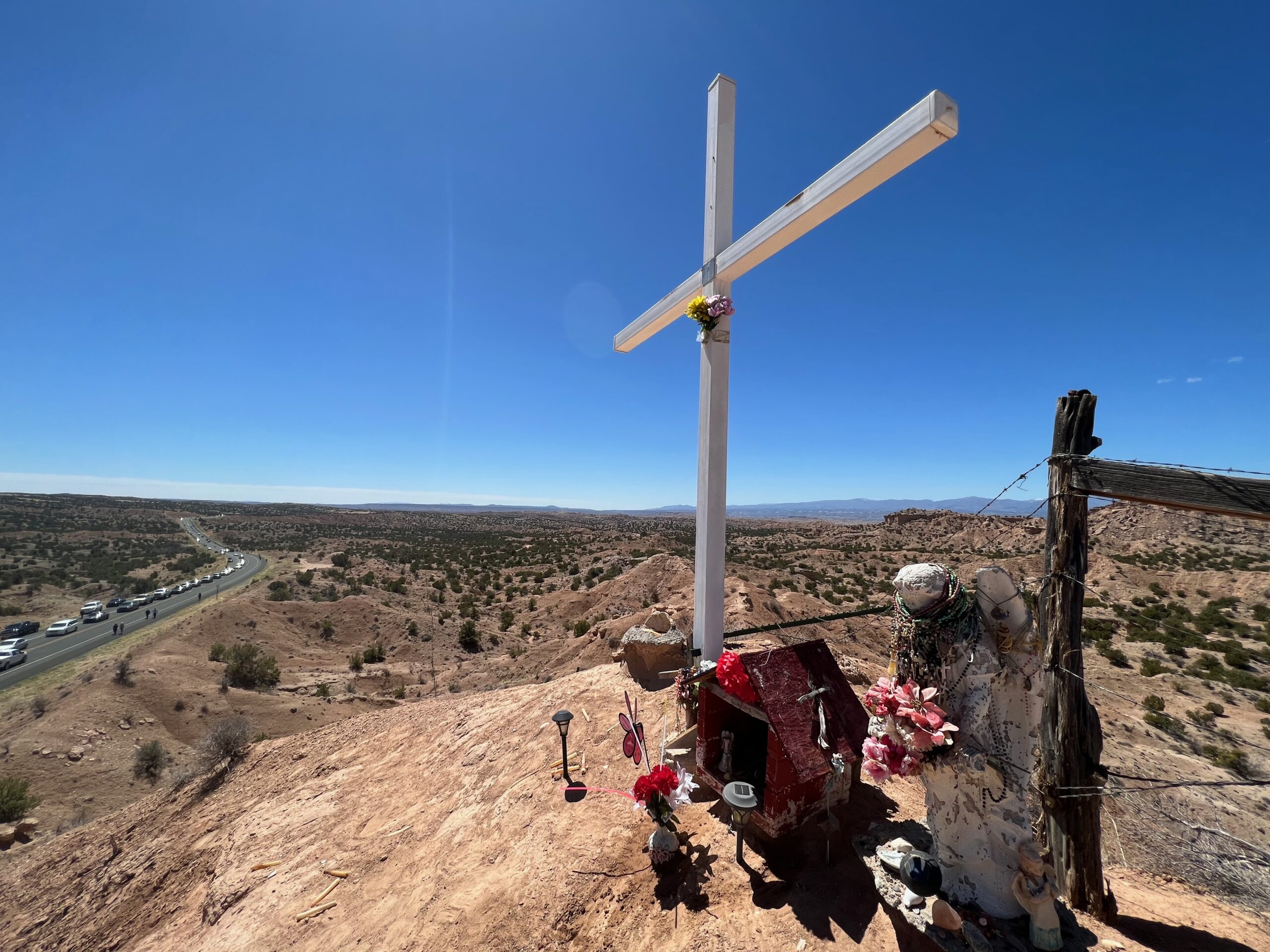 A stream of cars and walkers heads into Chimayó on Friday for the first pilgrimage to the sanctuary there since the coronavirus pandemic began. (Photo by Patrick Lohmann / Source NM) 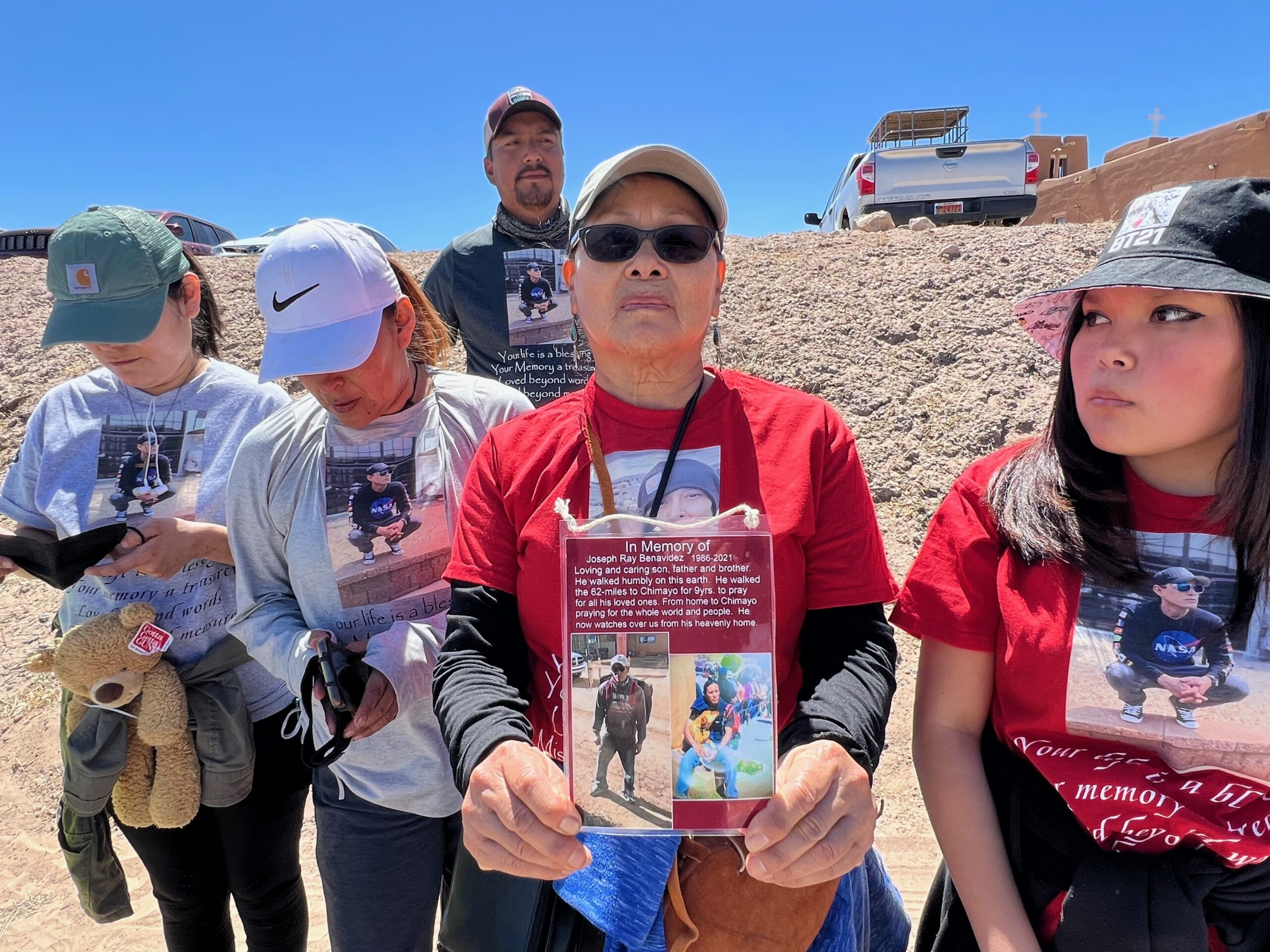 Mary Benavidez and her family are walking to Chimayó in memory of their loved one, Joseph Ray, who died in a hit-and-run crash in Albuquerque shortly after Christmas last year. (Photo by Patrick Lohmann / Source New Mexico) 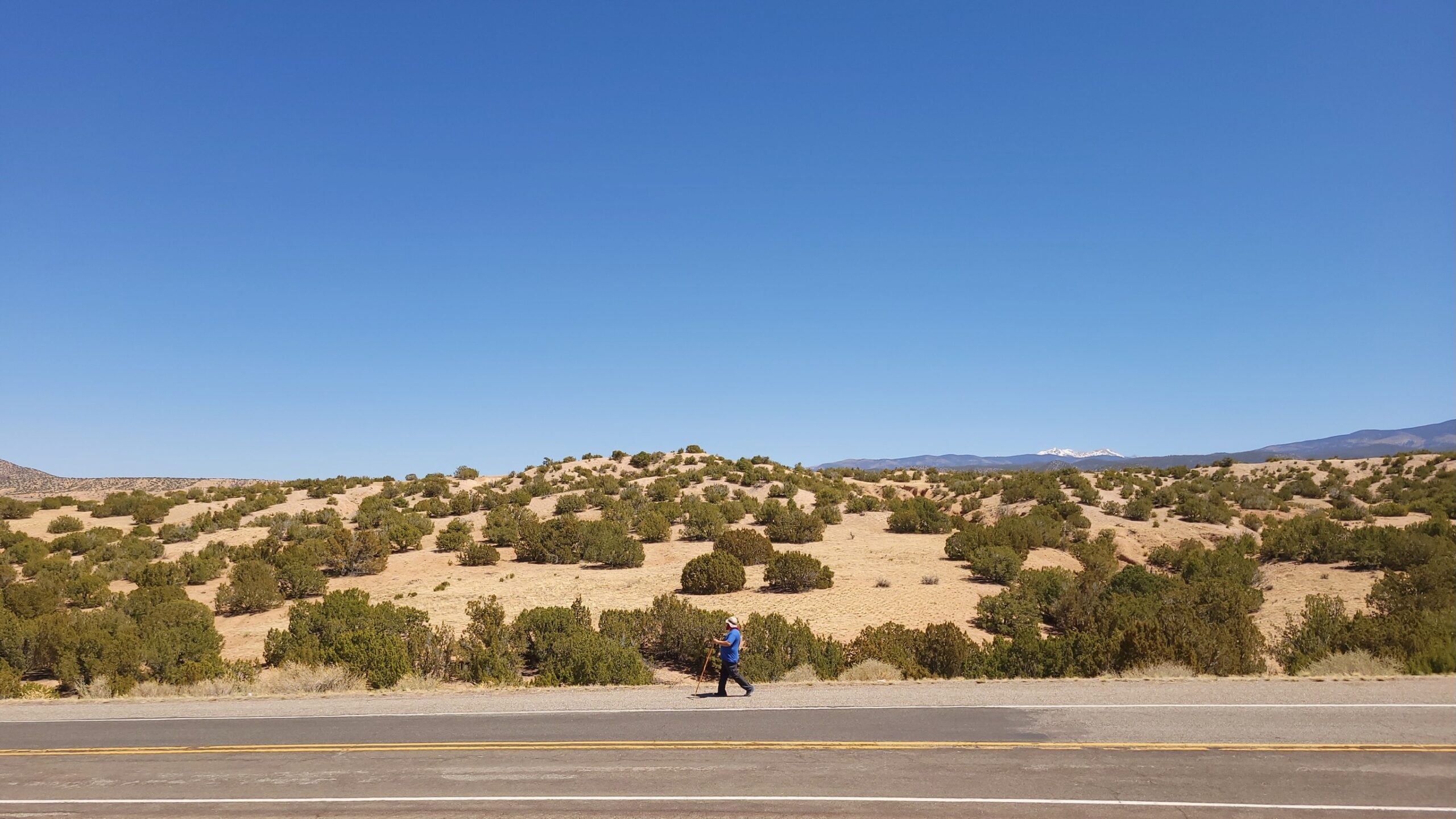 A stream of cars and walkers head into Chimayó on Friday for the first pilgrimage to the sanctuary there since the coronavirus pandemic began. (Photo by Estevan Meyer for Source NM) 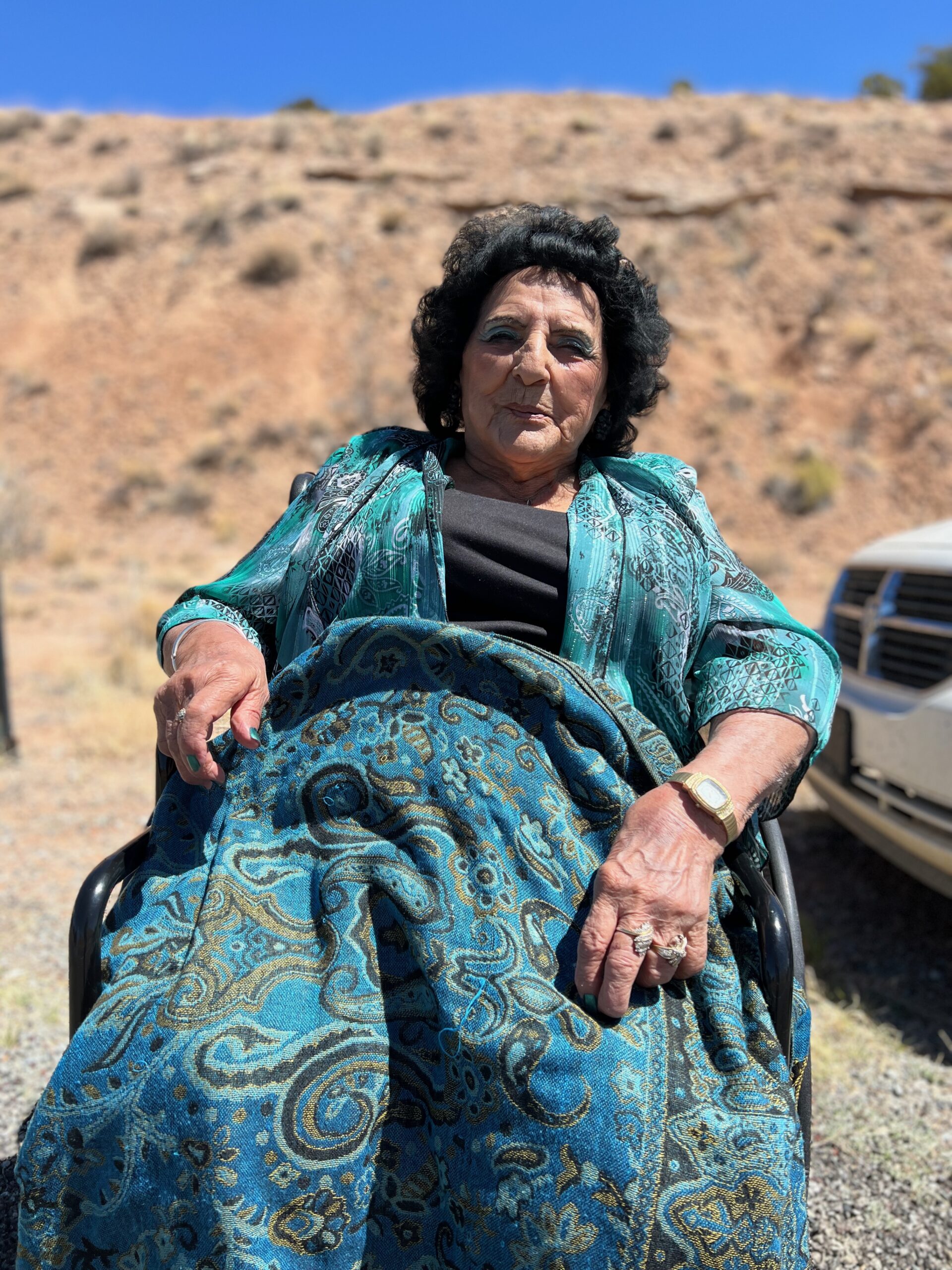 Margaret Lane sits while her family takes a breather from pushing her in her wheelchair up a hill toward Chimayó. (Photo by Patrick Lohmann / Source New Mexico) 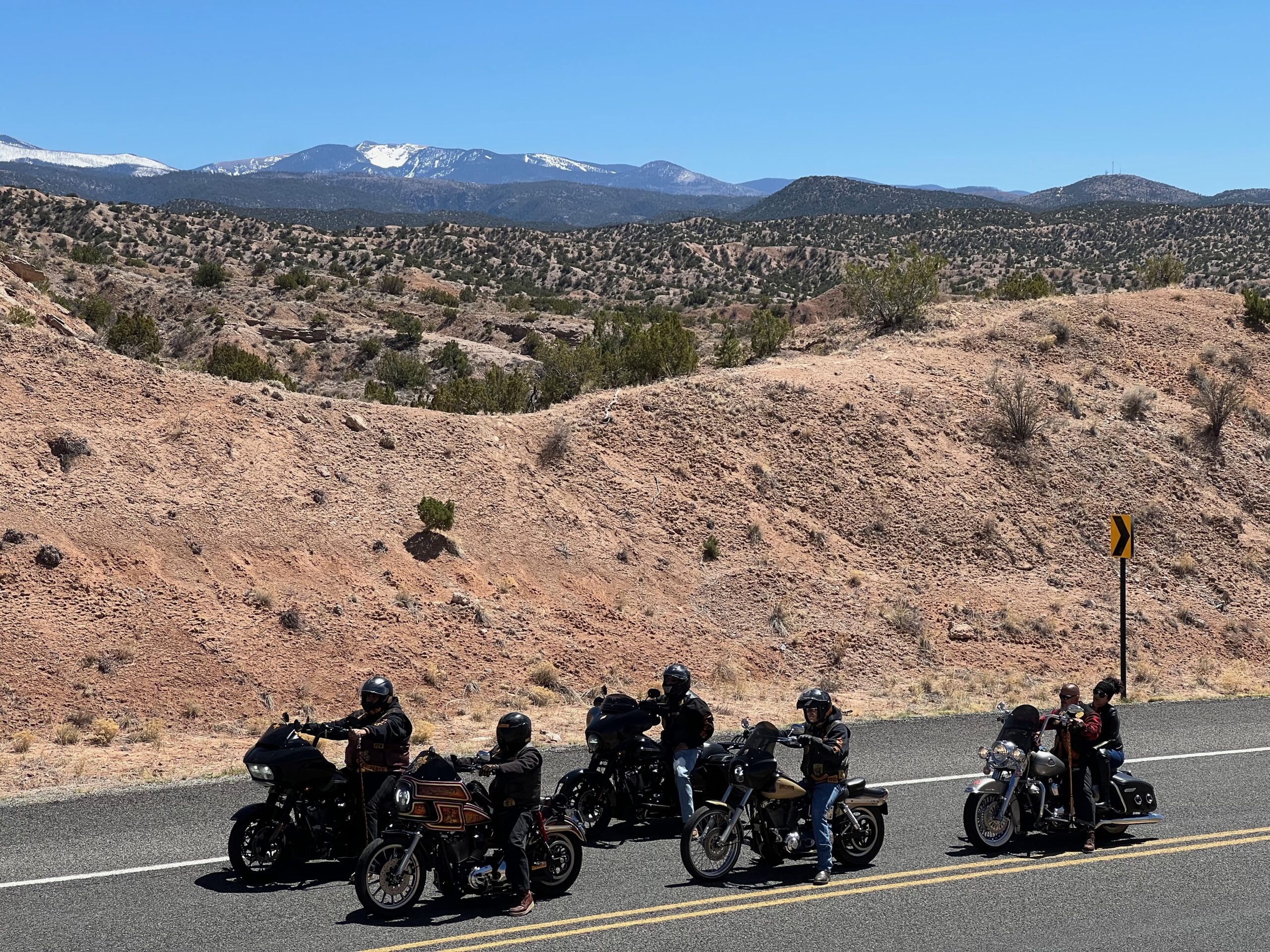 A group of bikers rides into Chimayó on Friday north of the Nambé Pueblo. (Photo by Patrick Lohmann/ Source NM) 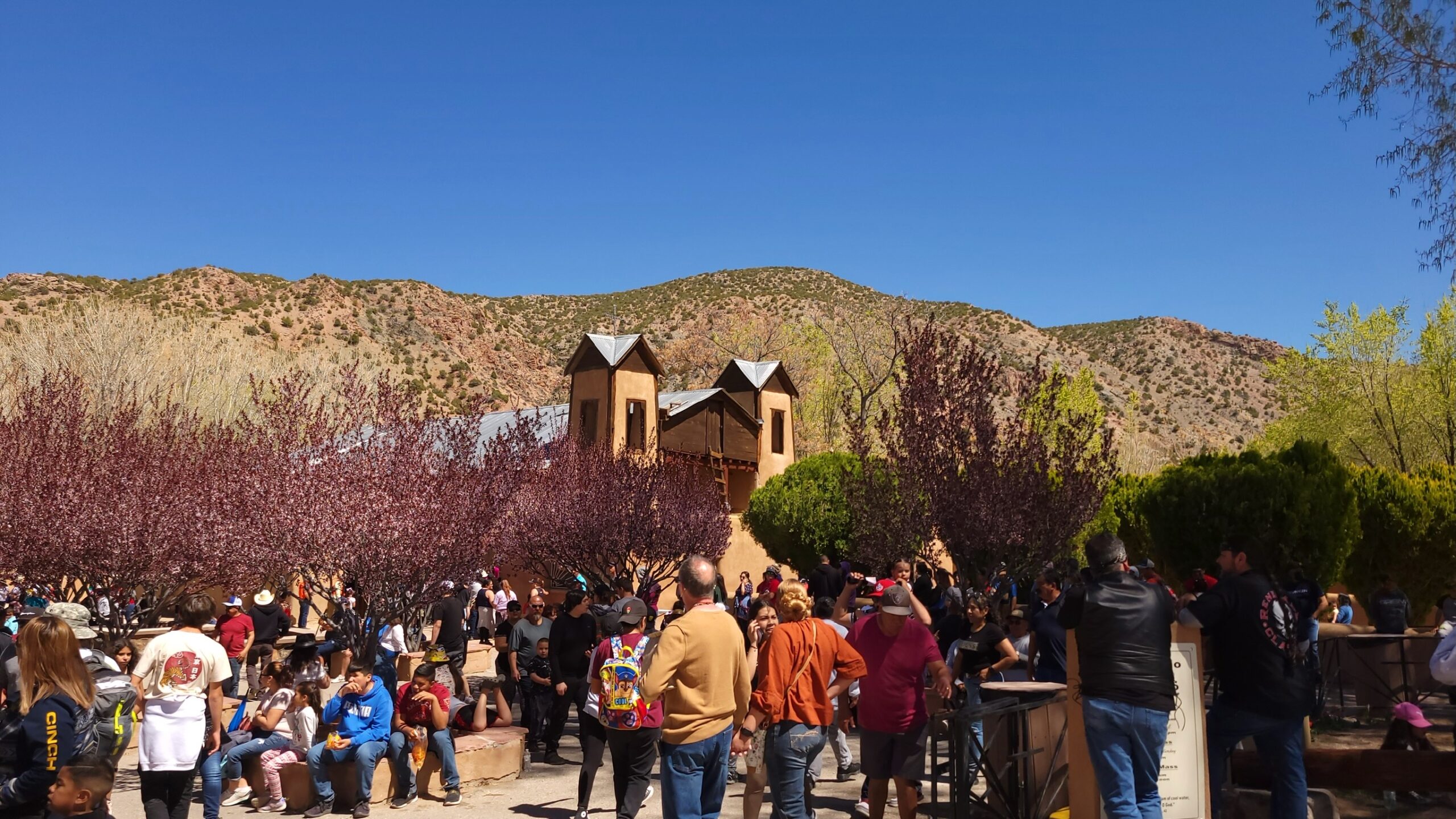 A crowd gathers after successfully reaching Chimayó on Friday. (Photo by Estevan Meyer for Source NM)

‘An Arm and a Leg’: Private Equity Is Everywhere in Health Care. Really.