Louis Vuitton — one of fashion’s most revered houses — visited one of San Diego’s most revered architectural houses May 12. The Salk Institute for Biological Studies, sitting on a La Jolla cliff overlooking the gleaming Pacific Ocean, was an idyllic setting for the French brand to showcase its 2023 Cruise Collection.

Though it wasn’t the Cruise show’s first time in California, it was the envelope-pushing event’s San Diego debut and the first fashion show hosted by the Salk Institute, an architectural wonder designed by Louis Kahn.

The building, considered Kahn’s masterpiece, opened in 1963 for virologist and medical researcher Jonas Salk, developer of the first successful polio vaccine. The institute has been praised for its “reverential approach to architectural design, showcasing the symbiotic relationship between site and light and space,” according to a 2016 San Diego Union-Tribune article on Kahn.

Past venues for Vuitton’s Cruise show have run the gamut both geographically and aesthetically. But what they all have in common — stunning architecture and design — made it evident why Vuitton and Nicolas Ghesquière, the brand’s artistic director of women’s collections, chose the Salk Institute.

“Having spent a lot of time in California, I was drawn to the idea of ​​showing there again,” Ghesquière said. “The Salk Institute has been a place of wonder for me over the years, and Louis Kahn’s stunning Brutalist architecture against this extraordinary setting of the Pacific Ocean and the California sunset provides me with endless inspiration. It also celebrates intelligence, knowledge and the belief in the power of science.”

Looks from the Louis Vuitton 2023 Cruise Collection are presented at the Salk Institute for Biological Studies in La Jolla on May 12. 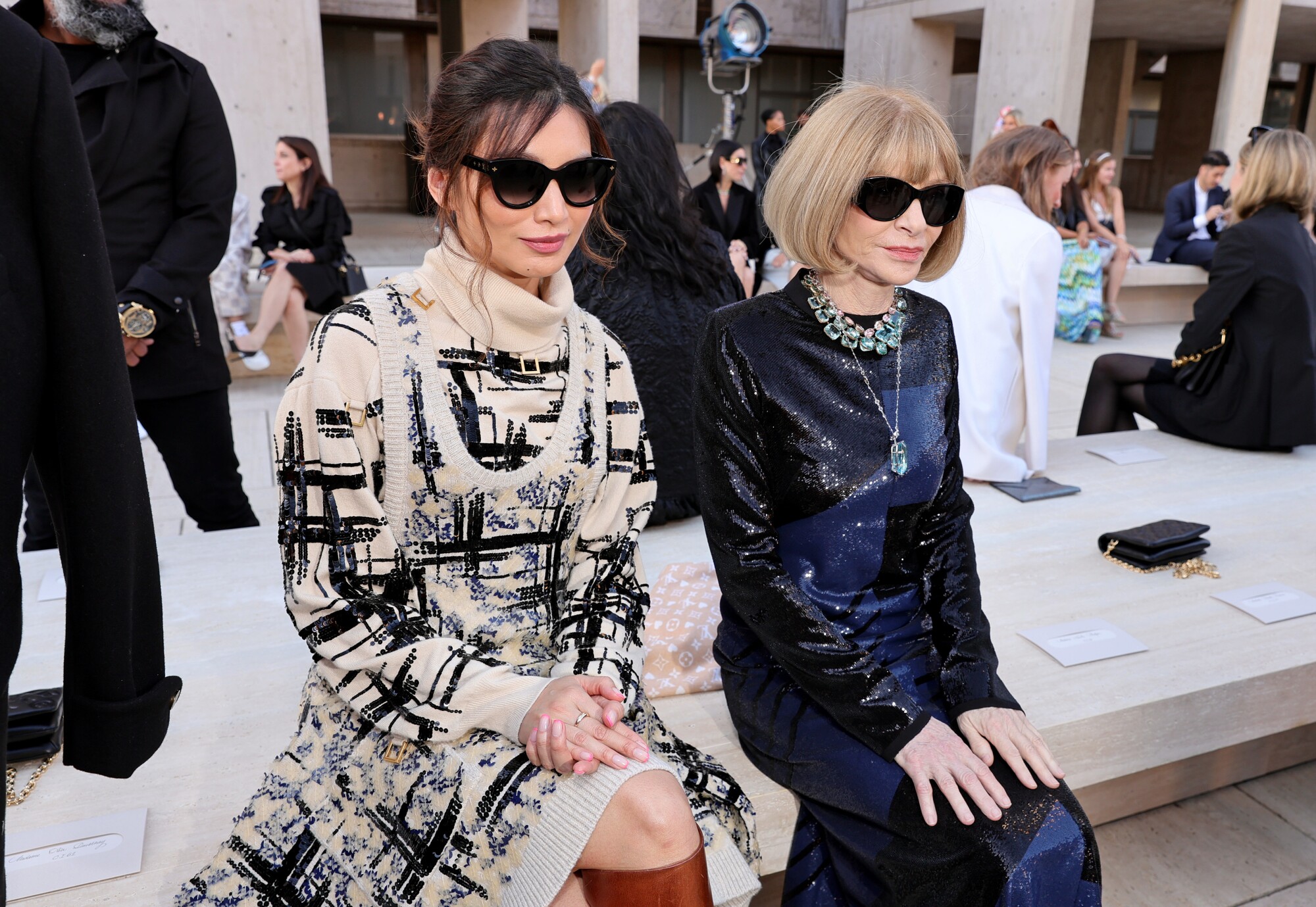 On May 12, fashion-forward celebrities and others stepped onto the institute’s courtyard to their assigned seats, gray concrete slabs that gave them prime views of the models — and for most, the best view of the San Diego sunset.

Christina Binkley, a longtime business and culture reporter based in Los Angeles, said she wasn’t surprised by the show’s choice of venue.

“For [Ghesquière] to choose a spot, it’s got to have a moment for the people who are here, and it’s got to have a big moment for the photography that’s going to be sprayed around the world from this show,” Binkley said as she marveled at the towering buildings surrounding the courtyard. “There’s all these angular, organic [lines]and the ocean is right over there — it’s spectacular.”

“I think it matches [Ghesquière’s] design personality in terms of the shapes and character of this place,” said River Richie, a fashion intern who flew in from New York City for the show. 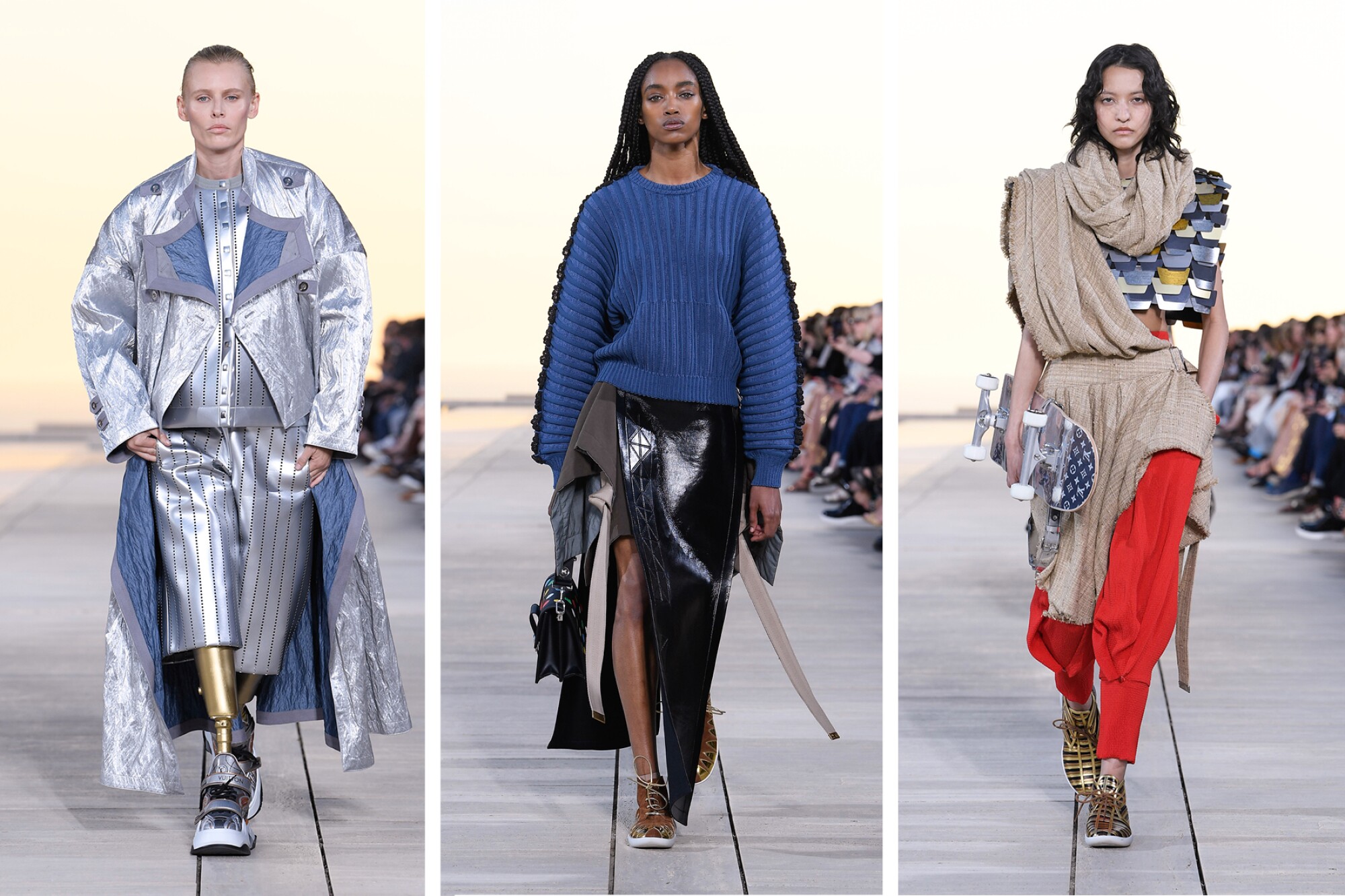 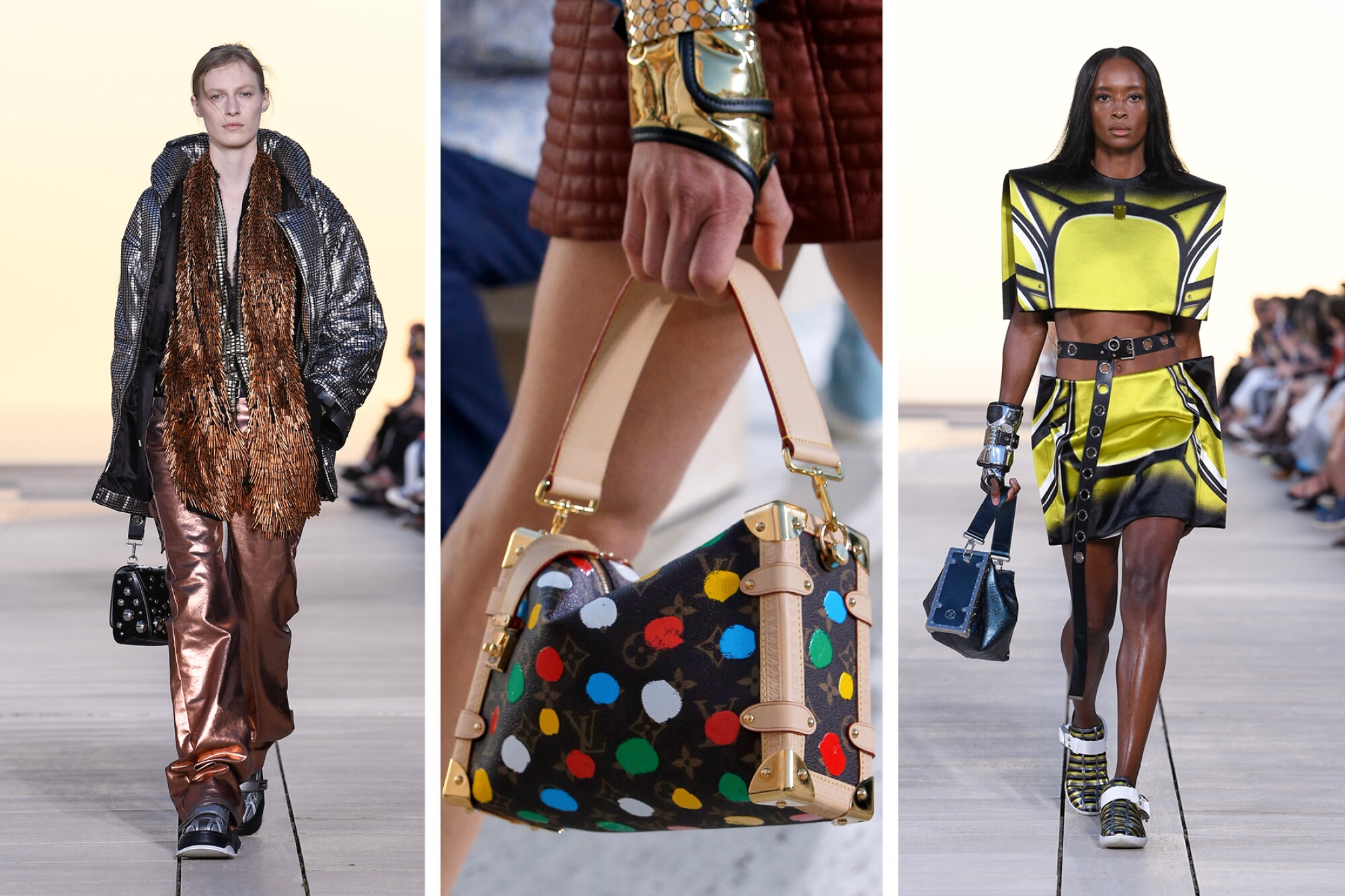 Models show pieces from the Louis Vuitton 2023 Cruise Collection at the Salk Institute on May 12.

The Salk Institute’s design takes care in blending the old with the new.

“There is in the Salk Institute this sense of majesty and an austerity,” Ariel Plotek, former curator of modern and contemporary art at the San Diego Museum of Art in Balboa Park, previously told the Union-Tribune. “Kahn’s work, here in La Jolla and elsewhere, hark back to the past with a strong connection to the present. In a sense, they remind you of the pyramids, the great buildings in Rome, but they’re here now for us to experience. I think Kahn’s architecture was, quite deliberately, backward-looking. … The influence of antiquity, whether Greek or Roman or Egyptian, even medieval — that kind of monumentality.”

Kahn’s juxtaposition of old and new, of hard angles with nature’s soft edges, was honored — make that celebrated — in Vuitton’s 2023 Cruise Collection. Models walked in designs boasting sharp lines (mirroring the Salk Institute) and flowing silhouettes (mimicking ocean waves). Billowing, cloak- and robe-like pieces were paired with metallic leather pants, clunky platforms swimming in chains and space-age shoulder pads reminiscent of “The Jetsons” and, in some cases, the post-apocalyptic aesthetic of “Mad Max.” 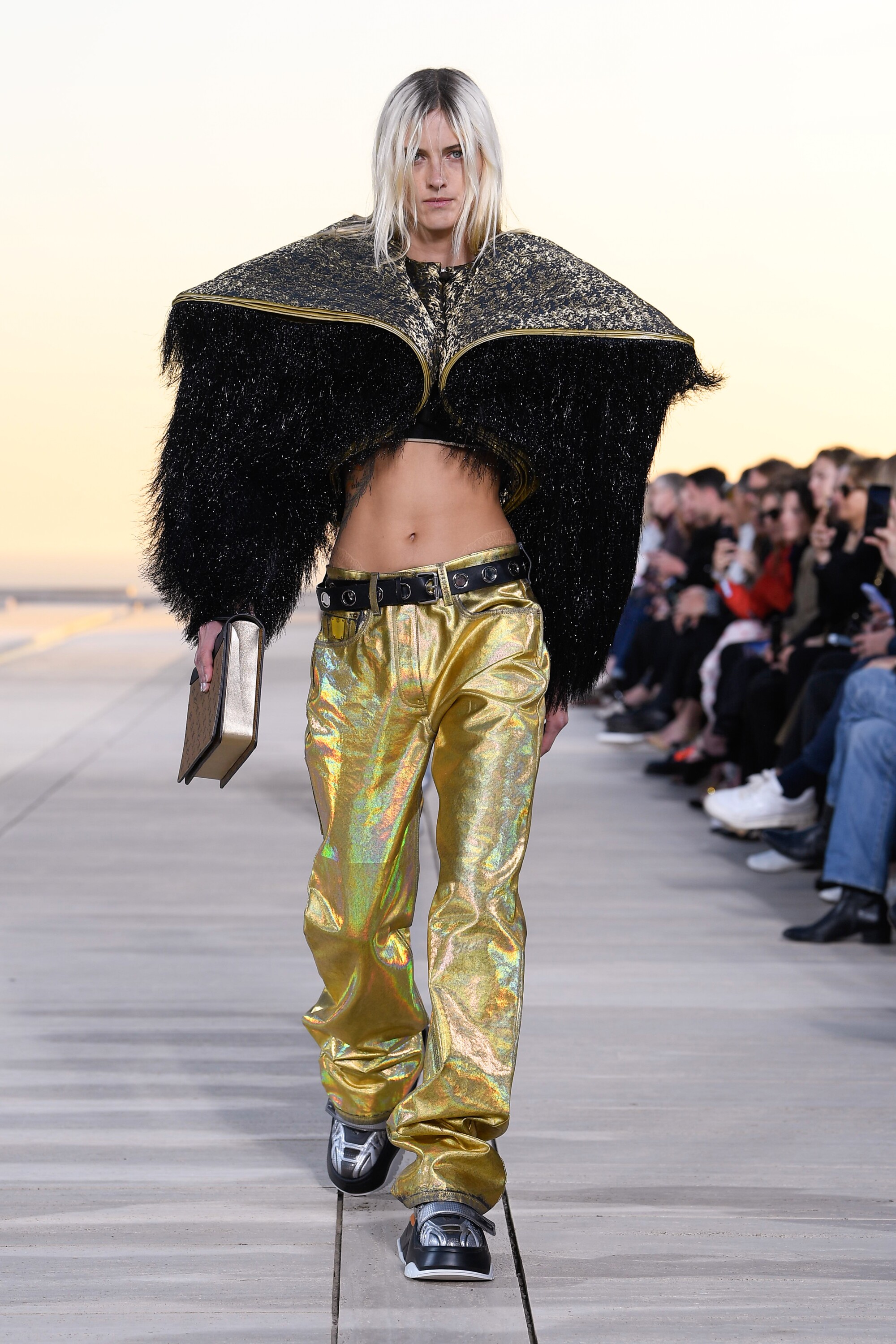 One of the looks in the Louis Vuitton 2023 Cruise Collection presented at the Salk Institute in La Jolla.

Then the models slipped behind the Salk Institute’s concrete walls, and Ghesquière, dressed all in black, walked into the courtyard for a farewell wave after the 20-minute show. That gave the crowd enough time to capture shots for social media before the sun disappeared into the horizon. ◆

Areas with the most expensive homes near Las Cruces