An anti-abortion protester holds a sign from outside at the Jackson Women’s Health Organization also known as the The Pink House in Jackson, Mississippi on June 7, 2022. (Erin Clark/The Boston Globe/Getty Images)

The owner of the only abortion clinic in the state of Mississippi vowed at a news conference Friday afternoon to stay open and continue providing services for women for the following 10 days, hours after the US Supreme Court issued a ruling eliminating the constitutional right to abortion nationwide .

“We are continuing to provide services, and women like me, and there are many throughout this country, will be doing the same thing. And I tell you today we’re not laying down. We’re not giving up,” said Diane Derzis, owner of Jackson Women’s Health Organization.

Under the laws of Mississippi, the abortion ban triggered by today’s Supreme Court decision will go into effect 10 days after Mississippi Attorney General Lynn Fitch certifies the decision. Fitch has not announced plans for certification.

“So that means that we will be open for the next 10 days and we’ll be seeing patients for the next 10 days. Even if they have to do what they’ve done so often and that’s come through this kind of terrorism,” said Derzis, referring to anti-abortion activists who have frequently gathered near the clinic.
“I will tell you that any patient who contacts us, we’ll see them. We’ll make sure we see them during that 10 days,” said Derzis. “A woman should not have to leave the state to obtain medical care.”

Starting at about 4 am local time on Saturday, anti-abortion activists started showing up at the clinic, according to CNN’s Nadia Romero.

“Things got really loud, really got carried away. The police were called,” she reported, adding that the situation has since calmed down.

“They let women inside of the facility hours before they technically opened because there was so much chaos going on outside,” she reported.

Clinic volunteer Kim Gibson told Romero that the staff will continue to “put the patient first … in the face of some really monstrous protesters.”

Romero said the lobby inside was packed on Saturday.

Once the Mississippi clinic is forced to close its doors, Derzis said they plan to continue to help women find the services they need.

“It’s funding all over the country. So we know how to put her in touch with those individuals and figure out which is the closest clinic you know, there’ll be women who are able to afford a plane ticket and if they can hop on a plane and get into Las Cruces, or Baltimore, Maryland or wherever, Chicago, Illinois, then that wherever is the easiest to get her in because her needs have to come first,” Derzis said.

Derzis and her team have begun plans to open a new clinic in Las Cruces, New Mexico, where they will continue to provide services.

Watch what happened outside the Mississippi clinic on Saturday morning. 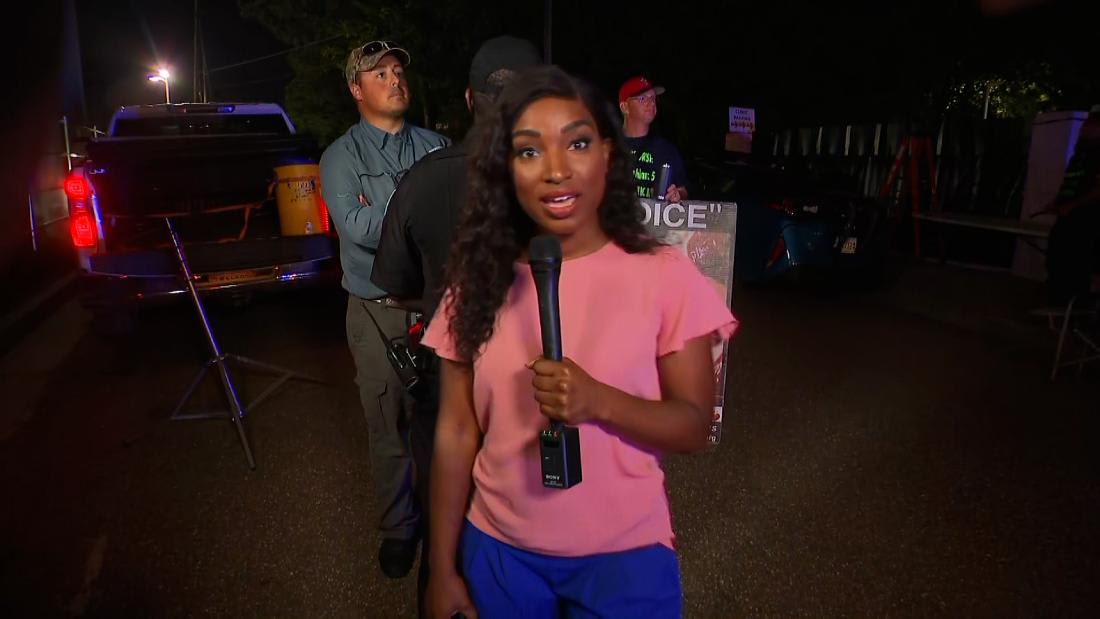