ST. GEORGE — Detectives in St. George assisted federal agents in the arrest of a Nevada man who was identified as the suspect responsible for a string of local burglaries targeting businesses and restaurants during a two-month crime spree.

The suspect, 42-year-old Brett Clinton Combs, was arrested in Las Vegas on June 28 during a joint operation between Alcohol, Tobacco, Firearms and Explosives agents and St. George Police detectives, according to a statement released by the St. George Police Department on Wednesday.

Detectives gathered video surveillance and created a suspect profile that led them to identify Combs as the suspect, who was living in Las Vegas at the time, from the gun store burglary.

Detectives later discovered several similarities between the gun store burglary and the break-ins at the restaurants, including a physical description that was consistent in each of the crimes, and also matched Combs, which led investigators to theorize that Combs was the suspect involved in the restaurant burglaries reported since March.

From there, detectives made the trek to Las Vegas where they assisted in the arrest of Combs, and during the investigation in Nevada, investigators recovered evidence linking Combs to the restaurant break-ins in St. George. 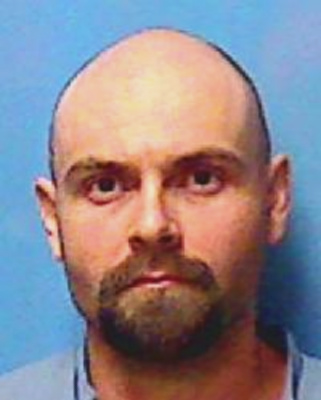 Since Combs remains in custody in Nevada, detectives are working with the Washington County Attorney’s Office to file potential charges. Additionally, the suspect was released from federal prison in May 2020, so the case likely will go federal.

Mitchell said many of the restaurants that were broken into were equipped with video surveillance systems, which proved to be the difference during the investigation, and having images and videos of the crimes allowed detectives to link multiple cases together, and to the one suspect.

Moreover, the images captured also helped investigators recover evidence critical to the case, particularly for business owners, she wrote, “It is always a good idea to invest in your personal and-or business security with some type of surveillance system.”

A review of both state and federal criminal records revealed Combs has an extensive criminal history dating back more than two decades, including a conviction in a burglary case filed in 2000, when the defendant was 20 years old. Another case was filed seven years later involving theft and firearms charges – which Combs would serve a prison sentence for when he was transported to the High Desert State Prison, according to inmate records maintained by the Nevada Department of Corrections.

In 2008, a case was filed in Colorado involving an armed robbery of a jewelry store in Durango where Combs pointed a gun at the employee while he emptied a case of jewelry valued at more than $2,500, according to appellate documents filed in US District Court in Nevada on Sept. 30, 2019.

The following month, Combs robbed a smoke shop also in Durango on Dec. 8, 2008, where he restrained the owner and took the shop’s entire inventory. The suspect was later identified after his photo was selected from a photo array by one of the employees.

In January of the following year, two women were arrested at a casino in Las Vegas for passing bad checks and during questioning, they indicated that Combs was planning to rob an armored car when it made its scheduled stop at a bar near Cheyenne Avenue.

The plot was foiled, however, when Las Vegas Metro Police set up surveillance near the pickup point, while at the same time, agents went to his home and took him into custody at gunpoint for a parole violation on Jan. 9, 200. During a search of his residence, investigators found firearms, $400,000 in jewelry and narcotics paraphernalia, as well as methamphetamine and thousands of rounds of ammunition.

The jewelry and paraphernalia were traced back to the two armed robberies that took place in Colorado in 2008, which led to his conviction in April 2011 for possession of stolen property in state court. In February 2011, Combs, who was already serving a prison sentence for stolen property, was convicted by a jury on federal firearms charges and was sentenced to serve 115 months in federal prison, said a statement released by the US Attorney for the District of Nevada .

The judge also ordered that four years of the sentence would be served consecutively to the state case. Federal prosecutors also noted that Combs had prior felony convictions in Clark County, Nevada, for burglary and firearms charges, according to the appellate ruling issued in May by the US District Court in Nevada.

Federal prison records indicate that Combs was released from federal custody on May 17, 2021.

On Wednesday, a criminal complaint was filed against the defendant in US District Court in Utah on two federal charges, including theft of firearms from a firearm dealer and felon in possession of a firearm in connection with the gun store burglary that also tied the string of business burglaries together.

The case was filed in connection with the burglary at the gun store located on Tabernacle Street in St. George reported shortly before 5 am on March 4, which is when federal prosecutors say Combs broke the glass on one of the doors and took 15 firearms before Fleeing the store.

Officers responded to the store to find the front glass door completely shattered, and several cases containing firearms and firearm accessories that were damaged. They also found blood on the broken glass on one of the broken glass display cases, a sample of which was sent to the crime lab.

The surveillance footage showed the suspect throwing a rock through the front door of the store, and once inside, the suspect broke the glass on the display cases and took a number of firearms that were placed in a duffle bag. In just under one minute, the suspect exited the store and was last seen heading west on Tabernacle on foot. In all, 17 firearms were missing from the store.

Meanwhile, the blood sample sent to the Utah State Bureau of Forensic Services was analyzed and on April 26, the results were attributed to an unknown male. It wasn’t until the same was entered into the Combined DNA Index System, CODIS, that the DNA profile was matched to Combs three weeks later.

Investigators also learned that one of the firearms stolen in St. George was recovered by the Las Vegas Metro Police Department at the end of May, according to the indictment submitted by ATF Agent Sa Jonathan Lee on June 23.

The defendant remains in federal custody in Clark County Nevada, according to an order of detention filed Wednesday. The case will be heard in US District Court in St. George.

This report is based on statements from court records, police or other responders and may not contain the full scope of findings. Persons arrested or charged are presumed innocent until found guilty in a court of law or as otherwise decided by a trier-of-fact.

The defendant remains in custody in Clark County Nevada.

Cody Blowers was raised in South San Francisco, California. A 2013 graduate from Colorado Technical University, Cody earned her bachelor’s degree in criminal justice with a minor in paralegal studies. Through the course of her academic studies she discovered that writing is her true passion, and she is committed to providing credible, integrated news coverage. Cody joined St George News in 2015, and when she’s not busy chasing the news, she can generally be found chasing her young granddaughter, Kali.

Woman struck, killed by her boyfriend after arguing outside home in Galveston County, authorities say

West Side business offers fitness space by the hour

Use of Web 2.0 Tools for Teaching and Learning

Uravan Announces the Purchase of Uranium Claims in Lisbon Valley