FARMINGTON, New Mexico – Given the size of the project, most people probably shrink a little when they consider the hassle of lawn and yard maintenance for their home.

The Piñon Hills Golf Course is currently in the planning phase for an expected 90-day process of digging bunkers and replacing obsolete irrigation systems.

The work is expected to start shortly after the start of the new year.

This will be the first real golf course renovation project of its kind in several years, according to PGA Tour Pro and Course General Manager Chris Jones.

In a statement posted on the course website last month, the intent of some of the work being done is to “restore the desert and native areas to an un-irrigated, natural state,” which means replacing and replacing existing irrigation systems to be repaired.

“This gives us a state-of-the-art system where we can control each of the 1,500 sprinkler heads from any remote device,” said Jones. “That saves us a lot of water and at the same time a lot of money.”

Piñon Hills will be working with a variety of different companies to assist with the renovation process, including Mid-America Golf & Landscape, operated from Lee’s Summit in Missouri.

Muni Golf: 5 case studies including a New Mexico golf course that has become a “Community Centerpiece” 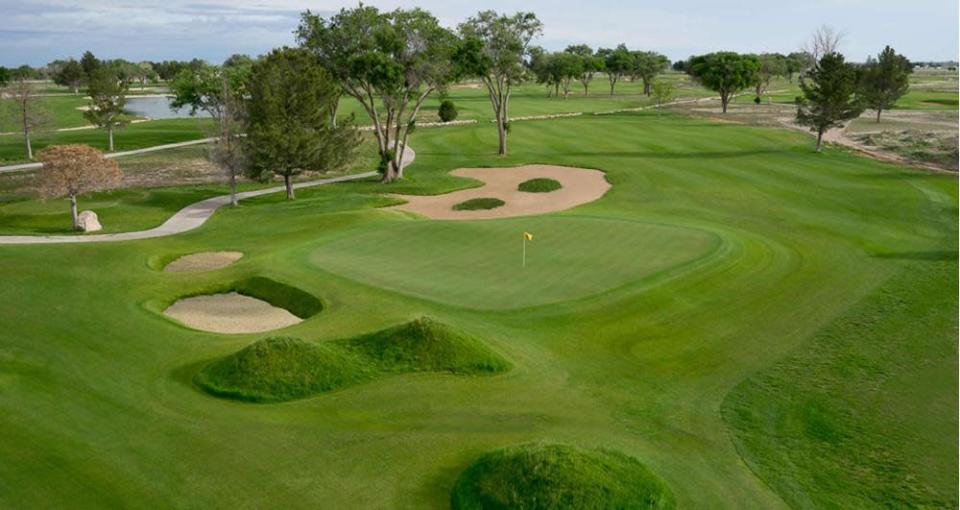 More than 30 contractors and workers from this shop are expected to supply materials for the renovation and oversee work on the course starting in January.

“Once that starts and we close the course completely, it’ll be about three months,” said Jones. “There is a chance that there is still some ancillary work in progress to the finishing touches, but most of the work will take about 90 days.”

The story goes on

Taking the weather into account, the course is expected to reopen in late March to early April.

“The guys who work on the course do this for a living and work in all weathers,” said Jones. “When we hit heavy snow it can set us back a bit, but for the most part we expect them to work across the timeframe.”

In addition to the irrigation work, the excavation of the bunker is another high-quality component of the renovation.

For this, Piñon Hills uses the services of the Better Billy Bunker Method from Hermitage, Tennessee. 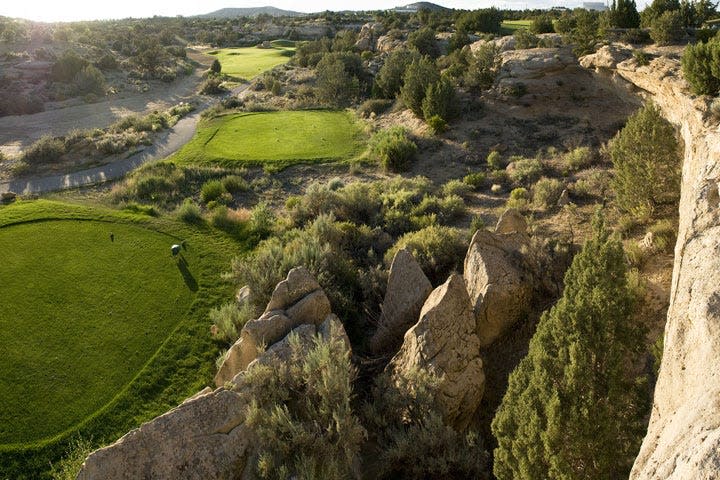 Her clients include prestigious courses such as the Indian Hills Country Club in Bowling Green, Kentucky. They have also received endorsements from superintendents of the Augusta National, home of the Masters.

“They go in and remove all of the old lining and sand and make sure the drainage is working before making any changes to the polymer around the bunkers,” said Jones. “You will never see a weed grow in it.”

Named one of the top golf courses by Golfweek (# 4 on the list of golf courses to play in New Mexico), Piñon Hills has been recognized by many as one of the best public golf courses in the United States. It’s also extremely affordable, with prices below $ 50 on weekdays, even for non-residents.

Since opening in 1989, the Piñon Hills has primarily kept its original design, but recent activity has required a change.

Golf in general has been very popular in the past year, largely because it gave participants the chance to be outside when many indoor stores were closed or capacity limited.

“We haven’t seen numbers like this since our reopening (summer 2020),” said Jones. “These are the best numbers in over 15 years.”

With the advent of disc golf and footgolf and the opportunity to practice these sports in courses across the region, interest in the courses has seen a tremendous surge.

“People with access to these courses have seen numbers go off the charts,” said Jones. “The pandemic was horrific in many ways, but golf has been an unexpected beneficiary of the people who have dropped out and rediscovered the sport.”

The increasing popularity of both the sport and the course, as well as the need for change, were reason enough to embark on this project.

According to Jones, more than 90 percent of the current irrigation systems on the field are from the original design and construction, making it unreliable and time consuming for maintenance personnel on the field in recent years.

“This is a project that we have believed necessary for many years,” said Jones. “The irrigation system alone will make a huge difference.”

Upon completion, Jones hopes golfers returning to Piñon Hills will not see many changes as they will not affect the length of the course.

“We could move a tea box a few feet left or right here or there,” said Jones. “But we don’t want to change course ourselves. The original design still stands on its own. “

The gate may close, but we’ve got our foothold | Real Estate

The Lifeblood of Colorado (Part 3) – The Crested Butte News

Do young adults choose to stay in Salt Lake City when they start working? How about…